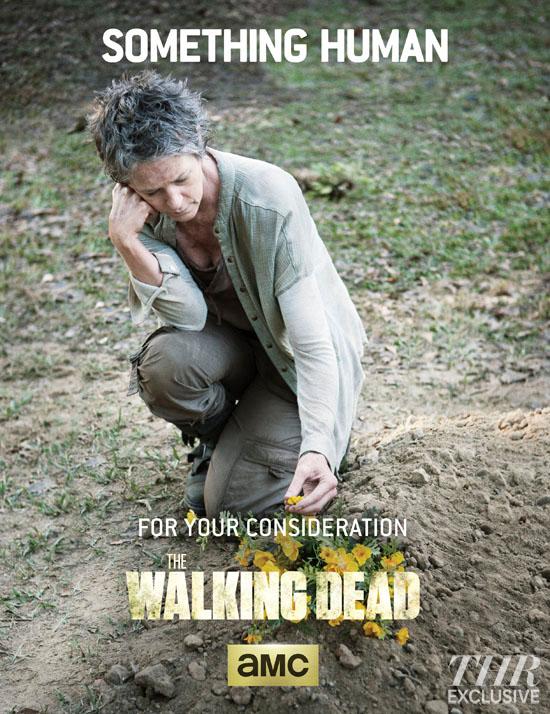 Rather than portraying Carol Peletier as hopeless and depressed, the season five premiere showcased a fiercer side of her character.

When one thinks of the zombie apocalypse, the image of an old woman with explosives being set off and a machine gun blazing is not what usually comes to mind.

“The Walking Dead” takes place in a post-apocalyptic world where zombies roam the streets, and what remains of humanity only contains it’s darkest side.

The season five premiere began with the main characters in line to be butchered by their cannibal captors, until Carol Peletiers ignited explosives in order to rescue her group, which led to flaming zombies.

Most aspects of the media depict the elderly as utterly useless in such grim settings, yet Melissa McBride portrays Carol Peletiers as a very capable and deadly survivor of the apocalypse.

Throughout the series, the death of every person she once loved has transformed Carol Peletiers into a cold but practical survivalist.

Prior to her entrance in the episode, the tension and ominous feeling was thick in the air with the survivor group’s lives on the line; both the audience and the characters were affected.

Her newly gained ruthlessness was emphasized when she unleashed zombies (and showed no remorse) on the enemy, even after revealing her sad backstory.

In season one, she was a reserved but helpful woman who had been abused by her husband.

By the fifth season, she wields a machine gun, shooting at random people she deems a threat to her group, not cringing at the bloodbath she causes.

Melissa McBride plays the role of the fierce Carol incredibly, with the nonchalant expression glued on her face, even with the flaming zombies and cannibalism surrounding her.

This episode completely changed my opinion of the TV adaptation of “The Walking Dead,” with the show’s amazing ability to characterize the savior of the day as the old lady of the group.

I rate this episode four out of five grenades.