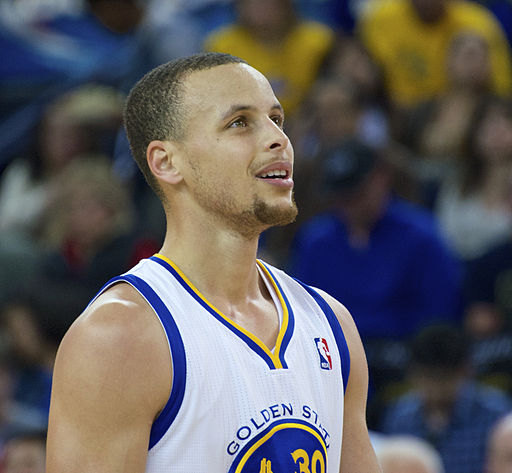 Stephen Curry suffered a Grade 1 MCL Strain during the Warriors' 121-94 victory in game 4 over the Houston Rockets on Sunday, April 24.

Warriors fans could not help but feel panicked as they watched their reigning NBA Most Valuable Player Stephen Curry down and clearly injured during the Warriors’ 121-94 victory over the Houston Rockets on Sunday, April 24.

It has been almost a year since fans witnessed Curry injure his neck after suffering a scary fall on the same Toyota Center hardwood floor, in the same Game 4 situation, against the same Houston Rockets opponent. The only difference between then and now is that this time, Curry did not return.

And he tried. After insisting he could return to the game and attempting to take some warm-up jumpers before the second half, it became obvious to Curry, Head Coach Steve Kerr, and the rest of the Warriors staff that Curry was clearly not right.

“He wanted to play, but we couldn’t let him,” said Kerr after the Game 4 victory. “I asked him, are you sure? You’ve got to be honest with us. He just put his head down. And he knew it was not a wise thing to do to go out there.”

Only a couple hours before tip-off, Curry had been cleared to make his anxiously-awaited return to the lineup after missing the previous two games with an ankle injury. With orders from his coach to go back to the locker room, an emotional Curry limped into the locker room, a towel covering his head.

“You saw, he was very upset. I feel awful for him,” said Kerr.

Despite the absence of their star player, the Warriors made sure to remind the league why they hold the record for best regular season of all-time, outscoring the Rockets by 21 points in the third, effectively deciding the game with 12 minutes to go.

“I was trying to raise our level of intensity,” said Warriors’ shooting guard Klay Thompson, who finished with a game-high 23 points. “When you play with emotion and play for your teammates, you can really get going. If we have that same emotion and intensity on Wednesday, we should be successful.”

However, Game 5 is still in the back of all Warriors fans’ minds as an MRI on Monday, April 25 has revealed that Curry suffered a Grade 1 MCL Sprain. This is an injury that will keep him out for at least one to two weeks.

However, Curry was not the only star point guard to suffer a serious injury. Los Angeles Clippers’ point guard Chris Paul has been ruled out for the rest of the season after breaking his hand in Monday’s Game 4 loss to the Portland Trailblazers.

“Obviously you never want to see a great player like that get injured,” said senior Brent Jang. “The potential match-up with the Clippers was going to be an exciting one, but now that he’s out, it does make the Warriors’ lives a little easier.”

If the Warriors take care of business Wednesday in Game 5 and close out the series, they will await the winner of Los Angeles and Portland series, which is currently tied at 2-2.

“Hopefully that series goes to Game 7 and takes as long as possible to finish. It will only give Steph more time to heal,” said Jang. “They had the best season of all-time this year and it would be a shame to not to finish it off by defending their title.”