‘We Are Not Free’ reminds society to not forget past horrors 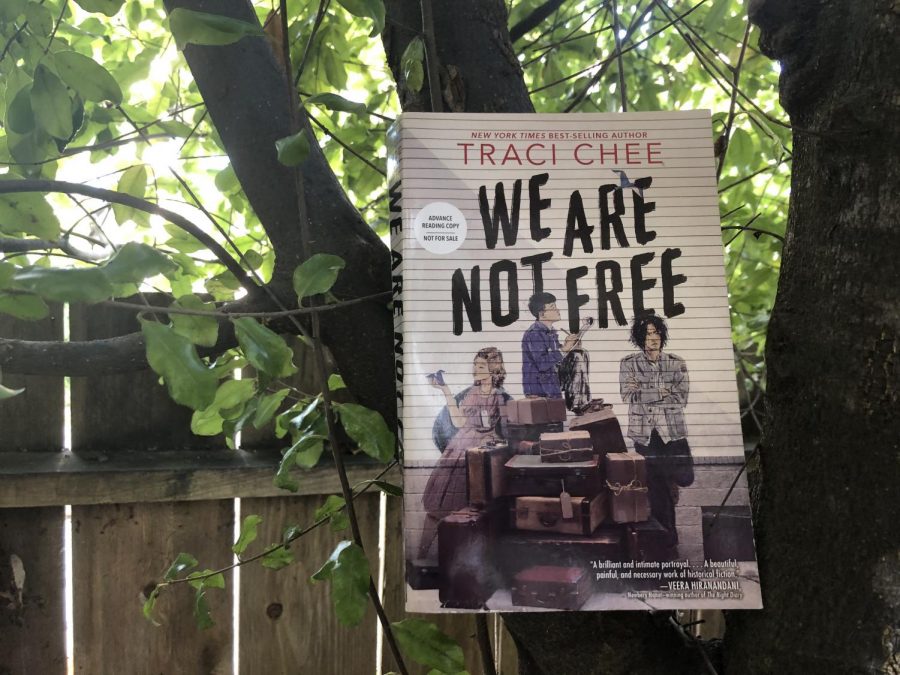 "We Are Not Free" is a book by Traci Chee about 14 teenagers who are second-generation Japanese-Americans and their story during the Japanese internment camps of WWII.

World War II (WWII) is remembered for the Holocaust.

WWII is remembered for being a political and economic turning point for the U.S.

However, many Americans forget the oppression that was happening in their nation: the mass incarceration of Japanese-Americans after the attack on Pearl Harbor.

Traci Chee’s book “We Are Not Free” reveals the contradictions that exist throughout our country through the stories of intertwined second-generation Japanese-Americans.

The book follows the path of 14 teenagers and how their relationships with one another continue to change. Most of them came from Japantown in San Francisco, living there for most of their lives before being forced to evacuate into the camps. As their world shatters into pieces, they must navigate their new lives through trials of love, all the while questioning the system they had believed for so long. Each person is forced to decide where their loyalties lie, not only to their country but to each other and their families.

One element I appreciated was the book’s perspective, especially given that the other more horrific events during WWII often overshadow this portion of history. But just because many terrible things happened at the same time, it doesn’t mean that the smaller events are insignificant.

As I feel this book demonstrates, it instead means we are obligated to remember all of the tragedies, so they are never repeated.

Reading through the book, I was amazed at the complex emotions Chee was able to evoke with only one chapter written from each character. Each person expresses themselves differently, yet somehow the flow of the book in its entirety is cohesive, with each sentiment connected to another person or action.

I loved the individuality of each chapter as well. Each chapter by a different character also has a different organization. Some are organized by individual hours, others by lists, and even one with poetry instead of prose.

The entire book itself was chronological, but the flow of time was different for each character, which highlighted certain events and their importance way more than a book merely written in a single narrative style. All the characters didn’t love each other all the time. They had valid reasons for every split or reconvening, bringing an element of reality to situations that could have so easily fallen into cliches.

I found the interactions between family members fascinating because of the different cultural values and traditions that I didn’t realize played a considerable role in the event. The obligations some children had to their parents were new to think about in context, especially when forced to choose between family and their entire lives.

Additionally, the racist sentiments of white Americans against the characters were nothing new, and the war exacerbated the situation even more. While it can be easy to forget that this occurred, the book gives a little push into moving forward while not forgetting the past.

All in all, “We Are Not Free” is an amazing book, and I highly recommend it to anyone who has time on their hand to read an unfortunately necessary but beautifully written book about a horrible event that history has mostly forgotten.

The book will be released in June 2020 and will be available in hardcover and ebook format.