Welcome ‘Hello, my name is Doris’ 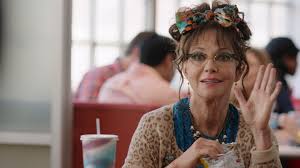 An awkward Doris tries to catch the eye of John.

We have all been there. We have all had that crush who made us loose all our inhibitions. For Doris Miller, that love came fifty years past her teenage days, as she found herself head over heels for 20-year-old John Fremont (played by Max Greenfield).

“Hello, My Name is Doris” was a new type of romantic-comedy. The humor was not over-the-top, and the plot was very realistic and grounded. Viewers were not only rooting for Miller, but also cringing as Miller committed certain relationship faux pas.

This movie came out without much fanfare, and I almost missed it. Though there wasn’t much publicity, this film was surprisingly good. It was a refreshing watch that is sure to keep audience members engaged and interested. Even for those who aren’t fans of romantic comedies, this movie will still entertain, as it was more slice-of-life. There were no unrealistic depictions of romance.

The film had many layers. Each shot was meant to demonstrate an aspect of Miller on a deeper level. For example, right after Miller talked to Fremont, the camera panned onto Miller’s hands, which were covered in tiny liver-spots. This shot was meant to show both Miller’s vulnerability toward her age and also her youthful, imaginative temperament. Also, Miller’s bright outfits reflected her positive outlook toward life. Even Miller’s cubicle was bright and colorful.

“Hello, My Name is Doris” was a great movie. The ending was beautiful, and it seemed like everything had come full circle. Especially as Miller entered the elevator, her expression was that of freedom and relief. Viewers can’t help but smile at Miller’s growing maturity.