What your favorite Taylor Swift album says about you 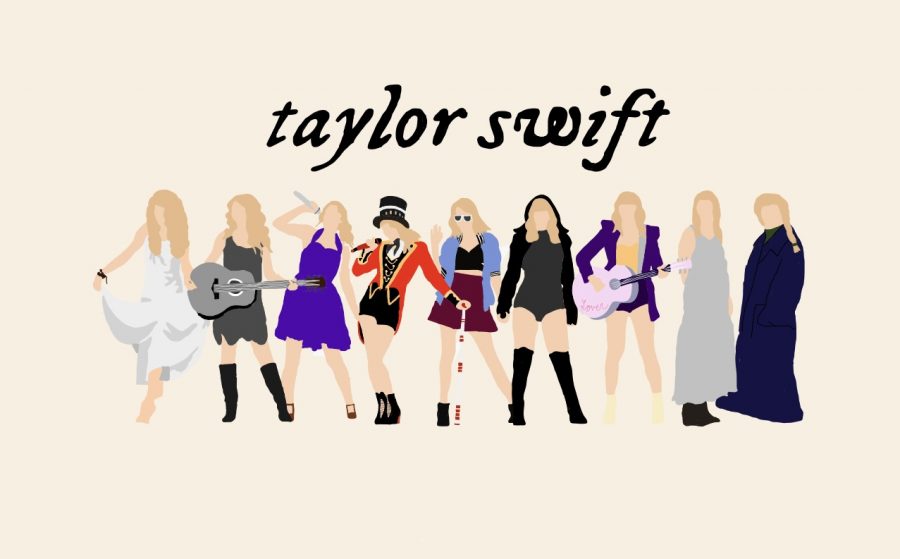 Taylor Swift is a singer-songwriter who has nine studio albums, but has recently rereleased two of them.

On Nov. 13, Taylor Swift rereleased her 2012 album, “Red.” “Red (Taylor’s Version)” got me thinking about how much a person’s Swift album preference says about their personality.
Taylor Swift (Debut)
This album was Swift’s debut into the music world. Like the album, you have a lot of country music on your playlist and enjoy listening to or can play guitar. If this is your favorite album, you definitely appreciate Swift’s country music more than her pop music but still have tons of respect for her. Regardless, your preferred style of clothing is Y2K, and you love fashion from the 2000s.
Fearless
“Fearless” is filled with lighthearted songs that make you want to sing and dance. Like this album, you have a very cheery personality. You’ve definitely seen at least one of the movie remakes of “Romeo and Juliet,” but you love musicals. This album also reminds you of your childhood, and you thrive off of nostalgia.
Speak Now
The title track of this album is about crashing a wedding, and you enjoy just that. Weddings make you extremely happy, but you tend to get emotional at them. People have also categorized you as a hopeless romantic. You love to sing, and in your eyes, “Enchanted” should be the national anthem.


Red
“Red” is Swift’s final country album before transitioning into pop music and is filled with character-driven narratives and hidden messages. If this is your favorite album, you have a deep appreciation for good writing and could see yourself being a writer in the future. You also enjoy collecting vinyl and thrifting in your free time.
1989
In 2015, “1989” won a GRAMMY for Album of the Year and was an absolute hit. Like this album, you’re a star. You’re an extrovert who’s outgoing, loves to hang out with friends, and enjoys dancing regardless of whether you’re good at it or not. One of your hobbies is photography, or you at least have a polaroid camera either in your bag or sitting at home.
Reputation
With its all-black color theme, “Reputation” stunned the Swifties. “Reputation” lovers are marvelous people who don’t let negativity affect them. Your playlist mainly consists of hype music, and like the album, black clothes are a staple in your wardrobe.
Lover
“Lover” is commonly regarded as the exact opposite of its predecessor, “Reputation.” Your favorite movie genre is romantic comedy, and when people ask for your favorite color, you say pastel. Spring and summer are your favorite seasons, and you are what most people would call “put-together.”
Folklore
This album is filled with songs that some people call chill. Like this album, you have a very calm and go-with-the-flow personality, and you tend to daydream a lot. You are also an introvert who has a unique ability to tell stories or loves hearing campfire stories.
Evermore
Even though “Evermore” was written at the same time as “Folklore,” you’re not necessarily super similar to “Folklore” fans. You are an ambivert who enjoys reading and spending time outdoors. Hikes and camping are two of your favorite things to do.

*All of these are assumptions that reflect the views of the author Soleil Dam.