Where do you sit? Student Union 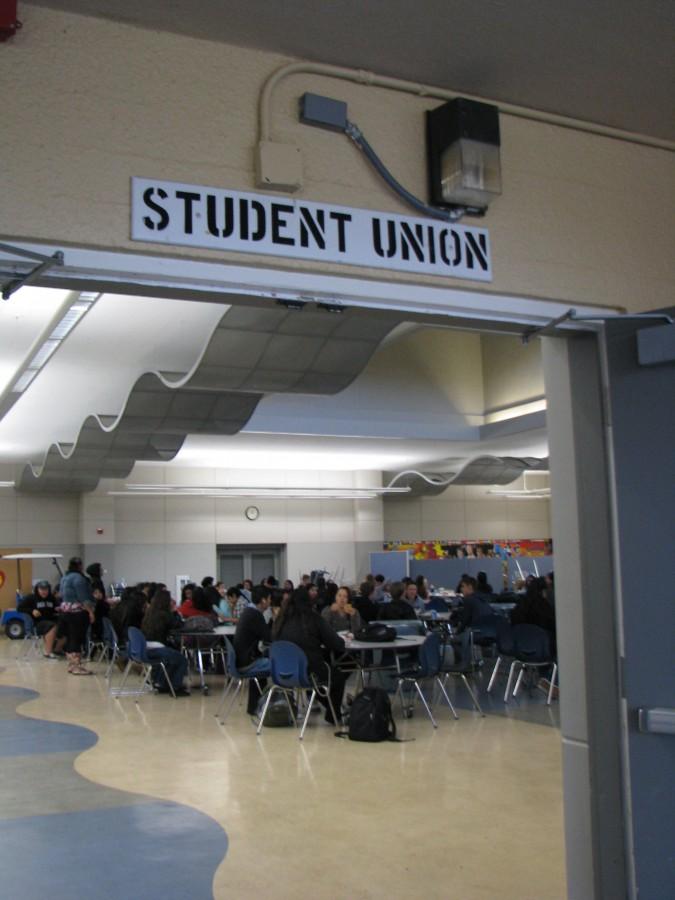 In my four years at being at Carlmont, I had never gone into the Student Union during any hours of the school day. To me, it seemed, taken and unapproachable.

There was lively energy in the room as a small amount of students were socializing and eating their lunches.
The Student Union is the equivalent to a school cafeteria, yet not even 10 percent of the school sits in there at lunch.

Sophomore Alicia Redwine, who sits in the Student Union at lunch with her friends suggests,

“People think that it is ghetto, but it’s not. I think they’re intimidated.”

Students arriving from East Palo Alto used to be dropped off at the end of C hall where the Student Union is located and tend to still hang around that area.

“They feel intimidated based on where we are from,” agreed Ofa Mataele, a sophomore.

When I am walking by that section of C hall, I see a mix of friendships, backgrounds, cultures, people, students.

But I saw no familiar faces. These were people that I did not know. This was a side of the school I did not recognize.

But there are many groups of students I do not know.

Certain groups of people like to sit in certain areas around campus in the morning and at lunch, and the area by the Student Union is just one of them.

“There are different groups in different areas [around Carlmont],” said Joseph Jacobo, a junior.

When asked why they sat in the Student Union during lunch, many of the students said that they sat there simply because it was conveniently located by the food.

So why is it that students would think anything otherwise of the Student Union? Why do students sit where they sit?

To some it may seem like Carlmont has some divisions, if not academically, then surely culturally. Not only have classes

This is a Carlmont I had not attended these past four years.

These clique-like groups may keep to themselves, but I know if you wander over and ask to join, you will be accepted.

Carlmont’s social groups are independent, but not exclusive.

Sophomore Rita Tung defends and welcomes other students to the Student Union, declaring, “The Student Union is a family!”
And it is true, I have come to really enjoy passing through C hall, just to experience something different, and see some now not-so-unfamiliar faces. 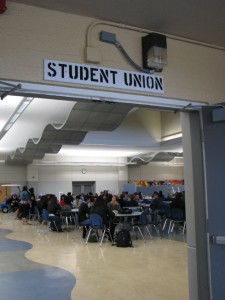