Whipped coffee lives up to the buzz 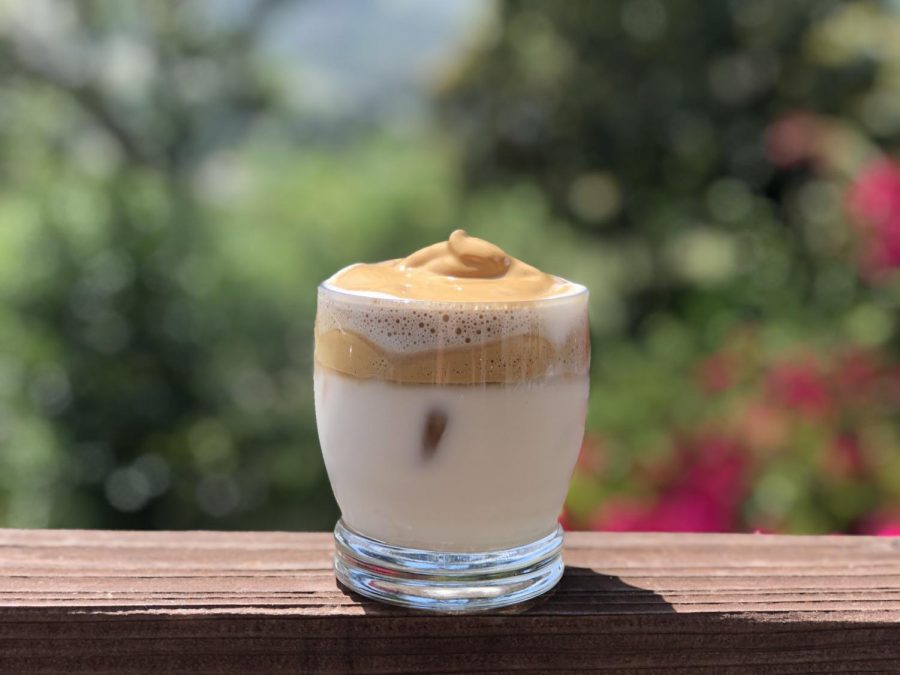 It’s safe to assume most teenagers are addicted to social media, especially one of the newest platforms, TikTok.

Naturally, a new platform with new creators often comes with new trends, and whipped coffee is one of the many trends that has been popularized by TikTok.

A short video posted by the creator Hannah Cho, also known as @imhannahcho, is where the trend is believed to have gained traction. After posting a tutorial on how to make the coffee, Cho received over 13 million views on her post.

She, however, did not create the concoction but rather recreated the drink South Korean actor Jung II-woo popularized on a television appearance. The coffee he created is known as “dalgona coffee” or “honeycomb toffee,” which was a spin on the popular honeycomb street food that is often sold in Korea.

After seeing so many people making the coffee, it seemed easy enough, and I decided to try it out for myself.

Using this YouTube tutorial, I put the recipe to the test.

The chef in the video hand mixed the ingredients, but I thought an electric hand mixer would be a much more efficient option.

Combining my Starbucks instant coffee packets, sugar, and hot water, I began to mix. At first, I was discouraged after seeing little change in the texture, but after a few minutes, I started to see the whipped coffee take its form.

A tablespoon of instant coffee, 2 tablespoons of sugar, and 2 tablespoons of hot water made enough for a generous personal amount. I poured the fluffy mix over ice and almond milk and was delighted by the results.

The taste isn’t particularly life-changing, but the texture adds an element of fun. I would describe the drink simply as a less-sweet coffee milkshake.

If coffee isn’t your favorite type of drink, the recipe is pretty flexible to changes. What makes it fluffy isn’t the coffee but rather the sugar, water, and mixing, so, if chocolate is more your speed, it’s definitely doable with this recipe.

Perhaps you like your coffee to be sweeter than anything. If so, just add more sugar. And, if you don’t like milk, use oat or almond milk.

Chances are I will be making plenty more of these throughout quarantine, but I will definitely be using an electric hand mixer every time I do.

If you’re more of a flavor person rather than a texture person, I would pass on this trend; however, it’s safe to say that we have a lot of free time on our hands nowadays, so if you’re willing to take the five extra minutes to whip up this treat, go for it!