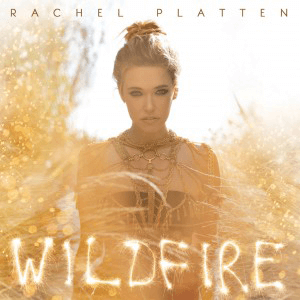 For her first album released under a major label, Rachel Platten is starting off strong with “Wildfire.”

There’s quite a lot of variety in the album, which is pretty surprising from a singer-songwriter type of artist. Some songs, like “Better Place,” have a very raw sound with minimal background music. Others, like the song “Angels in Chelsea,” include electronic background music along with typical piano melodies.

“Wildfire”‘s variety carries over to the topics of the songs. “Fight Song” is a anthem about being strong and able to bounce back from hard situations. “Better Place” is about how a person lights up someone’s world just because they are in it.

Even with all this variety, each song manages to highlight Platten’s melodic voice.

An interesting thing about “Wildfire” is that a lot of the songs convey the message from the lyrics in the music itself. In “Stand By You,” the song is very powerful and there are sections that have a choir singing, “standing by” her and backing her up.

Another song that utilizes this is “Astronauts.” The background music is very electronic sounding, which compliments the sci-fi theme of the song.

Platten started out her music career by becoming part of a “Prince” and “Sly and the Family Stone” cover band in New York City.

In 2003, she released her debut album, “Trust in Me,” without a record label, and she was picked up by Rock Ridge Music for her second album, “Be Here,” which was released in 2011.

Platten has now been signed to Columbia Records, and toured twice this year with artists such as Christina Perri, Andy Grammer, and Colbie Caillat.

Overall, “Wildfire” is a very strong showcase of Platten’s abilities, both in singing and in songwriting. There’s a lot of variety in the album, so there is definitely a song for everyone.