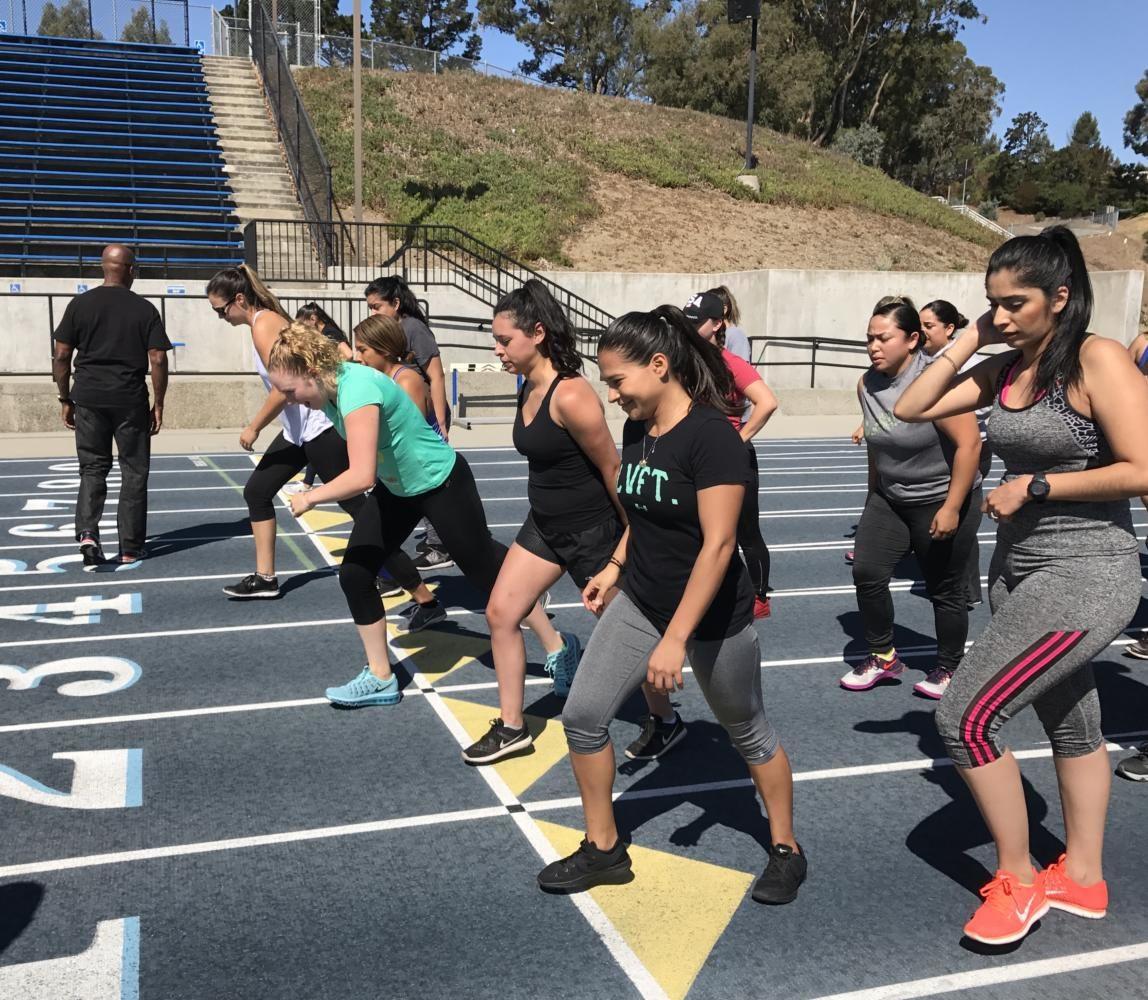 Women attending the boot camp run 1 1/2 miles on their first day, setting a time record to beat in their next four weeks of training.

Law enforcement can be considered a male-dominated career, so many women even today find infiltrating that work environment to be a daunting task.

To combat these feelings, the San Mateo County (SMC) Sheriff’s Office holds a Women’s Boot Camp every year, helping women to earn a place in their workforce. This year’s boot camp is being held every Saturday from Aug. 26 to Sept. 23 at the College of San Mateo.

Lt. Christina Corpus said, “Our first boot camp that we had was in 2014, and we had about 17 women. Out of that 17, we hired four of those women, and they’re currently working for our organization. We just continued with it, and as time has gone on, the boot camps have gotten larger.”

According to data collected by the FBI, females made up 26.5 percent of law enforcement employees nationwide in 2014. The SMC Sheriff’s Office had hoped to counter this trend by holding boot camps where women could pursue an interest in law enforcement.

Kinjal Vyas, a junior, hasn’t considered a career in law enforcement but believes that women have every right to participate as officers, deputies, and sheriffs.

“Women can perform equal to men in anything they put their mind to,” said Vyas. “I actually feel women would do better than men in law enforcement because from what I’ve seen in my life, women are less likely to jump to violence.”

The Women’s Boot Camp instructs and prepares women on the two portions of law enforcement testing (written and physical), but its primary focus is to prepare them for the physical test: the Work Sample Test Battery (WSTB). The women also make lifestyle changes by planning to eat healthier, hydrate, and work out daily. All of this serves to improve the ladies’ physical fitness.

Stephanie Lopez, a two-time attendee of the boot camp, said, “For the mile and a half, my time [used to be] way over the allotted time. They give you 14 minutes to complete it; at the end of the boot camp, I was at 12 minutes and six seconds.”

Lopez’s experience and others like hers reflect the obvious impact the program is making on the local law enforcement and the women involved.

“The sheriff is very progressive, and it’s important to have a workforce that mirrors the image of the communities we serve,” said Assistant Sheriff Ed Wood of the sheriff’s office.

There are three more sessions left in the four-week Women’s Boot Camp, and officials are excited about the next four weeks of training to come.

“There are 26 women that are interested in law enforcement, and that’s really exciting for me,” said Corpus. “We take women, doesn’t matter if they’re from San Mateo County or not, as long as they have the strive and want to work in law enforcement.”