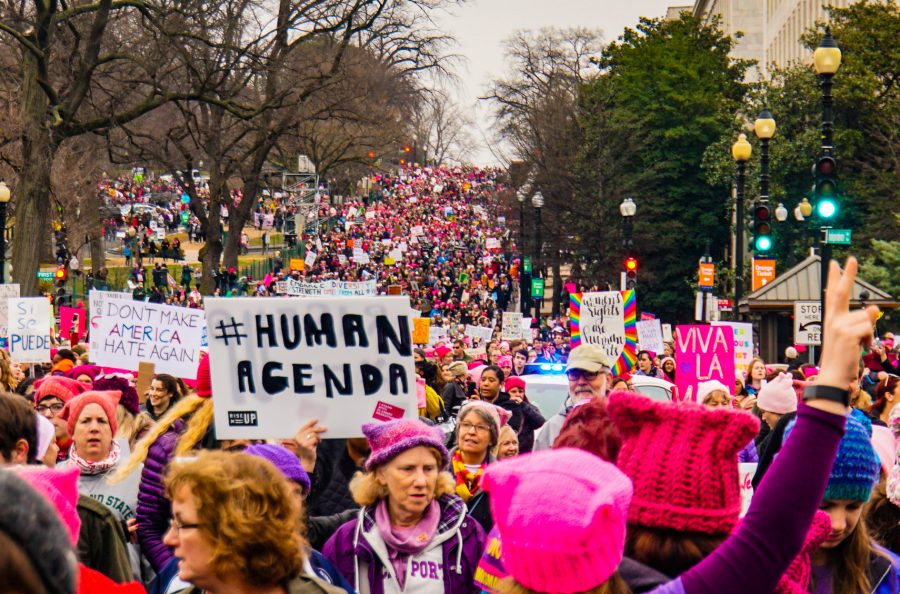 Over 470,000 men, women, and children gathered in Washington D.C. on Jan. 21 to protest the election of President Donald Trump.

“This is the moment of the beginning of the revival of the women’s movement,” said Senator Kirsten Gillibrand, the D-N.Y., to the demonstrators in Washington D.C. on Jan. 21.

Filled with resentment and disappointment from the results of the election, each marcher had a purpose on the White House lawn that morning.

Participants at the Women’s March on Washington bathed in their recognition that each individual was not, in fact, independent, but united on common grounds. But after burning off some steam, most individuals simply went back to carrying out their individual lives.

Without a plan for the future, this unity will surely lose momentum; the precedent-shattering Women’s March on Washington will be nothing more than a single awe-inspiring day.

There have been movements in the past — though none have been quite as large as the Women’s March on Washington — and their results have varied. While Occupy Wall Street didn’t necessarily fizzle out, the cohesion of the protests splintered into concentrated causes, making it appear as though the momentum was lost. However, a movement that was successful was the Fight for Women’s Suffrage; it secured the voting rights of women across the country.

It is already evident that individuals from all around the globe can come together in support. The challenge for the supporters of the Women’s March is to build a cohesive foundation with a limited set of principles. They must then use their large support base to elect like-minded people into office in order to truly elicit political change.

“What we have to do is make sure it becomes an activist, everyday movement that keeps politicians accountable. The key is to turn it into work that leads to elections,” said former Secretary of State John Kerry.

However, despite the 470,000 people gathered at the Women’s March on Washington and an estimated 2 million participants worldwide — as estimated by Marcel Altenburg and Keith Still, crowd-scientists at Manchester Metropolitan University — the united marchers had distinct motives.

In other words, demonstrators gathered to pledge their contention with many of President Donald Trump’s policies, but the variety of organizations were clearly fighting for their own causes.

They have to figure out not only how to take this excitement and energy exhibited in the march and channel it into political action, but also what their mission entails. Are they targeting women’s equality? Reproductive rights? Racial equality? Climate change? All the above?

The march showcased an overarching sense of passionate aimlessness, leftover tensions from defeats in 2016, and a search for direction.

If the supporters do not continue pressing on political issues, this march will not mean much more than a day off of work and school to hold up posters.

Compared to the sea of pink-hat-wearing supporters on Jan. 21, the efforts of a single person seem minuscule. However, the key to purposing this passion and energy is to remain involved in every political aspect possible.

According to VoteRunLead, more than 2,300 women have signed up for training seminars in the past two months, hundreds of thousands of volunteers are signing up to help Planned Parenthood and EMILY’s list — an organization that works to elect pro-abortion-rights women — drew at least 500 women for a workshop on running for office in downtown Washington D.C.

People naturally are more productive with a set plan. By giving the crowd a political action “to-do list,” including running for office and calling Congress on a daily basis, filmmaker Michael Moore urged marchers to turn their communities into “regions of resistance” and truly continue the fight.

The Women’s March on Washington must be seen as a launch pad for activists, not a one-time event. And the only way to continue this effort is through individual persistence; each person needs his or her own set mission to give purpose to the passion in order to achieve a common goal.