‘You Asked for Perfect’ is a close parallel to students’ reality 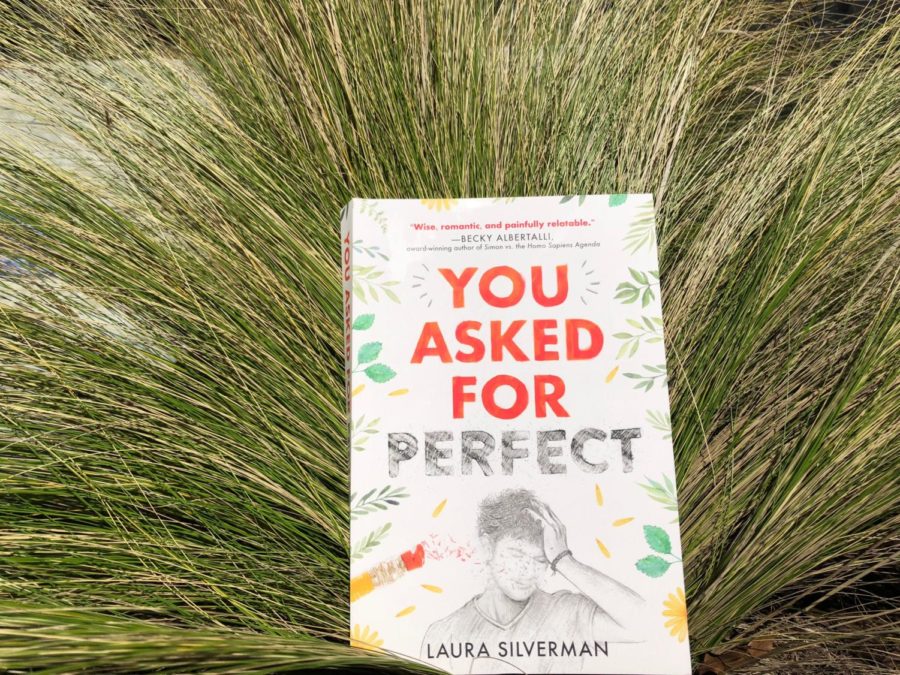 "You Asked for Perfect" by Laura Silverman.

Volunteer jobs just for the hours.

It’s a common scenario for high school students who want to get into competitive colleges, and protagonist Ariel Stone fits the mold perfectly.

He’s stuck in his own expectations and overloaded himself, perhaps to the point of giving up, or worse.

“You Asked for Perfect” is a book by Laura Silverman about Ariel Stone, a high school senior who is on track to become valedictorian and be accepted to Harvard. He’s Jewish, openly bisexual, and does a lot of activities in his free time, but he’s always thinking about his target school and end goal. When he fails a calculus quiz, he has to accept the fact that he’s struggling and get a tutor to help out, or he could lose his spot as valedictorian. However, even once he accepts his reality, Stone falls in love with his tutor, and his days begin to run out of hours to finish everything. Bit by bit, his precariously constructed world begins to fall apart, and Stone might not be able to handle it.

This book is so incredibly relatable to high schoolers now in that the emotions Stone goes through are akin to ours. While reading, I kept finding similarities in the ways I thought compares to him.

Feelings like the panic of failing a test or running out of hours in a day are emotions that many students go through constantly. Having that link to the protagonist really brings the story to another level.

However, there were a few things that Stone did that don’t exactly line up with high school students. The ability to study for eight hours straight and just bulldoze through a 20-page paper aren’t things most high schoolers can do.

Other emotions Stone felt seemed just amplified way above even what a top student would face, and it did take away a bit from the realistic aspect. Additionally, the climax of the book didn’t come until the end, making it a bit of a struggle to get through most of the book with just a love interest and a failed calculus quiz.

Even though most of the book was character development, it was extremely well constructed to the point that I became invested in Stone and his choices. The changes in his relationships with his friends and classmates are also very intriguing and fluctuate quite a bit, illustrating the impact Stone has on others as well as himself.

Unfortunately, while the love interest was well thought out, there is a point where he’s forgotten for just a bit too long, really detracting from the love story. For many students, waiting for someone else to get their life in order isn’t something people do before they’re officially in a relationship.

Lastly, as this is a book written by an adult for teenagers about teenagers it makes sense that teenage lingo would be present, such as the term ship. Regrettably, when it was used it felt as if my parents just said that their day was lit; it was painful to read.

All in all, “You Asked for Perfect” is a great read for a calm afternoon where not a lot of thinking is involved, but for anything more, another book would be your best bet.