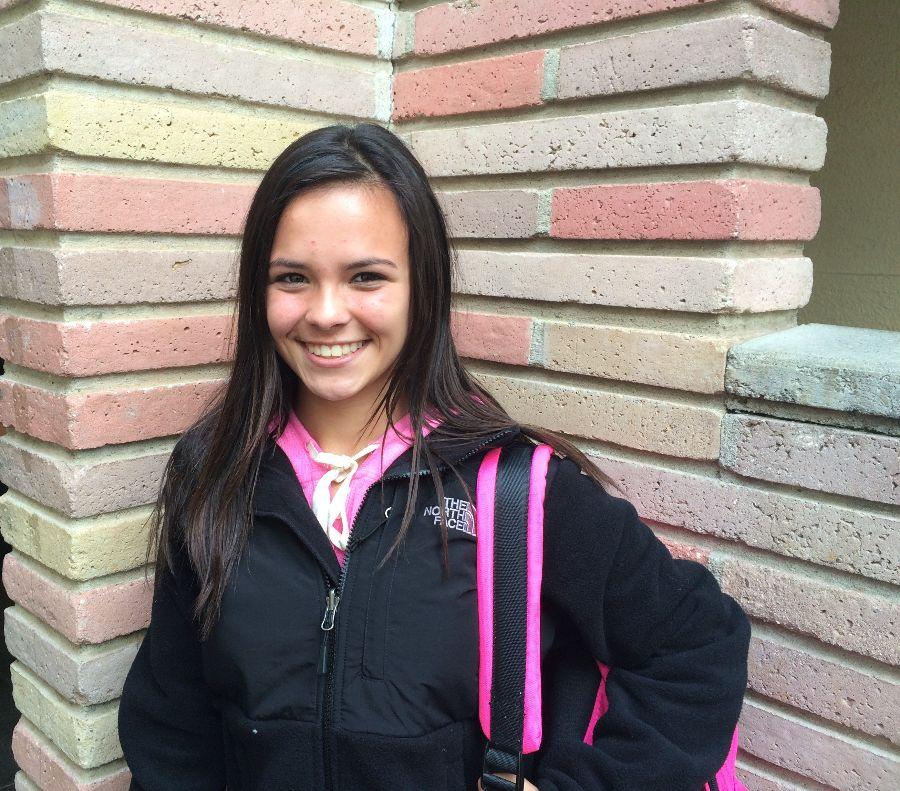 Passion for a sport is something that many people understand. For freshman Sophia Eaker, soccer has been a lifelong passion.

Eaker started playing soccer with her cousin at a very young age. “I’ve been playing soccer since I was 3 years old,” said Eaker. “Soccer means everything to me.”

Over time, her commitment grew. As a freshman in high school, she has high hopes for the future. “I wanna play in college and I wanna get a scholarship for soccer,” Eaker said.

Eaker’s passion is in action this season as the junior varsity (JV) soccer team scrimmages with other teams to practice before league play begins.

“When I step on the turf, it feels really good, like I feel like I belong there. I just forget everything, and I focus on what I have to be doing,” said Eaker. “I like playing to have fun and to do what I love, and being around the people that I love.”

Eaker expressed pride in having been able to make the team in her condition.

“During the tryouts I was kind of sick so I wasn’t really feeling that well, but I still tried reallly hard,” said Eaker. “It feels really great because I worked really hard to be on the team; I was very committed.”

Restored to health, Eaker is now making a big impact in the early scrimmages on the JV soccer team.

Eaker scored two goals against Capuchino High School, according to Cate Armstrong, a freshman member of the JV team. “I also scored in the game before that. It just makes me feel really good,” said Eaker.

But soccer isn’t the only the only consumer of Eaker’s time. Eaker devotes much of her attention to other priorities as well, such as her friends, family and school. “I try my best in school. I devote a lot of time to my school,” said Eaker.

Eaker is looking forward to her coming years at Carlmont. “I want to play all four years for Carlmont soccer,” said Eaker.

Eaker’s impact on the team has not gone unnoticed by other members of the JV soccer team.

“She’s [Eaker] been a really big impact on the team because shes been one of our main goal scorers, and without her we probably wouldn’t have been able to pull out a win. Soccer’s a team sport, but sometimes we’ll just play it up to her, and she’s the one that has scored the goals, and that’s a big part of winning,” said Armstrong.

In reference to Eaker, Armstrong showed respect for her abilities.

“I know she’s on a good team. She plays on the Juventus club team, and that’s a good team,” said Armstrong.

Armstrong continued to comment on the team dynamic. “We have some kids with experience on the JV soccer team who are older, so sometimes they’ll step up in a game, but usually we’re a team effort,” Armstrong said. “It’s difficult for everyone to come from their own team and try to blend all their talents together.”

The coming season is looking bright for the JV soccer team. With a talented athlete forwarding offense, a strong team spirit will hopefully pull this team toward many wins.