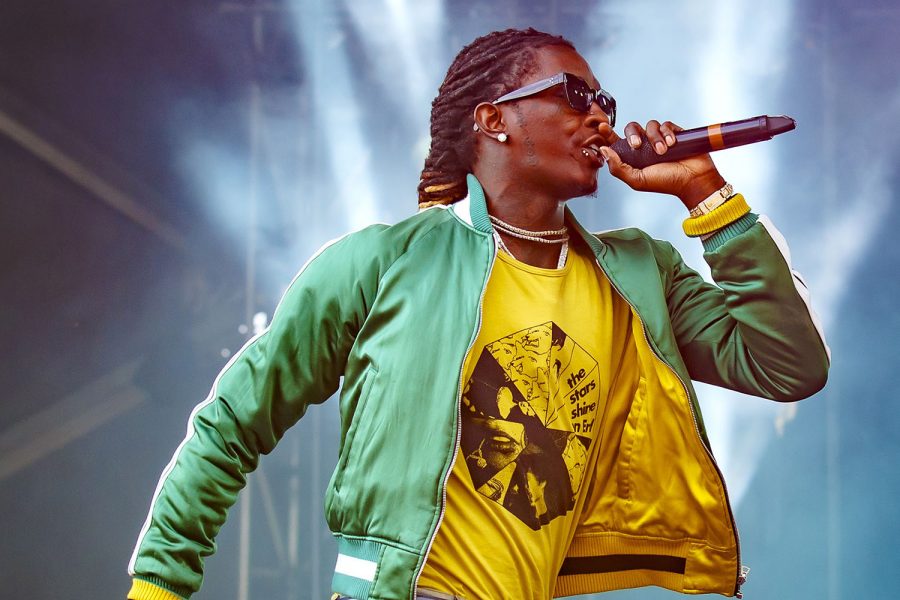 After nearly 11 years of making music, rapper Young Thug has truly solidified his name as one of the best artists currently in the music industry. Young Thug uses various flows mimicked by other rappers and a variety of features that appeal to fans of different music genres. A case can be made for Young Thug to be considered the most influential musician over the last decade.

On May 5, the legendary rapper decided to bless his fans during this time of uncertainty by delivering a joint-album with famous R&B artist Chris Brown. This is not the first time Young Thug has made a collaboration that breaks the norm.

In the past, Young Thug has made music with pop star Camilla Cabello, rock artist Elton John, and actor Wyclef Jean, among others. By expanding the group he works with, Young Thug allows his music to appeal to different genres so he can be considered more than just a rapper. He broke the standard that all rappers should only collaborate with other rappers for their music to sound good.

“Young Thug’s diverse set of music is awesome. By allowing his sound to be diverse it inspires other artists to ease up on being so inclined to keep their music and features typical to the genre. He showcases the fact that you can make rap that appeals to some audiences while having that touch of pop or rock music that appeals to others,” said Liv Martins, a sophomore and lover of rap culture.

Young Thug’s flow and high pitch are imitated by a lot of current rappers, most notably Gunna and Playboi Carti. His movement of “mumble rap” shapes rap culture during the modern-day as a lot of rappers incorporate it into their music, and it is now considered the norm. A lot of the tendencies that are normal in today’s rap world can be drawn back to the work of Young Thug from prior years.

“[Young Thug] brings a new language to rap. His sound shaped rap because many other rappers follow his styles and flows,” said Brad Ayers, a sophomore and fan of rappers with unique flows and melodies.

Along with breaking lots of stereotypes in the rap game, Young Thug has also created a whole new generation of rappers destined for stardom that he has co-signed. His record label, YSL, signs young artists that imitate the sound of Young Thug and sound remarkably like him. His style has other younger artists aspiring to follow in his footsteps. YSL has signed prominent rappers such as Gunna, Lil Keed, and Lil Duke.

“Young Thug’s unique sound motivated other rappers to push their music to its limits. As soon as he set the standard for that different kind of sound, every rapper became more comfortable breaking the typical merit for rap,” Martins said.

After dropping a project in celebration of Cinco de Mayo, Young Thug continues to embrace his position as a role model in many upcoming rappers’ lives as he looks to keep on breaking the standards.