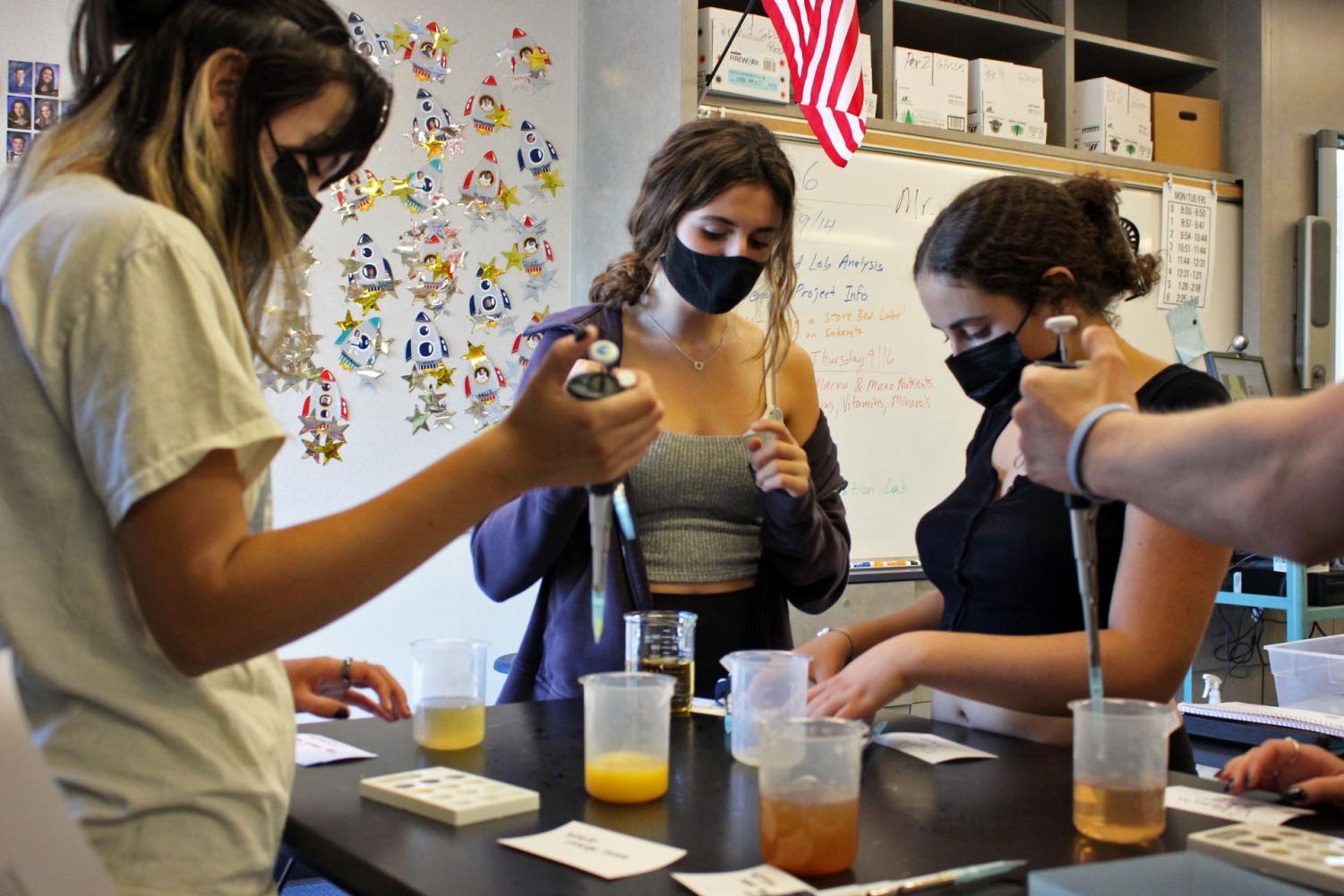 Society is supposedly closer to gender equality than ever before, but this is not reflected with women in science, technology, engineering, and math (STEM) fields. The number of women pursuing careers STEM has steadily decreased from 27% since 1997.

The problem starts young. Female students are less likely to claim their confidence in their math abilities than males by the third grade despite females’ consistent test scores. Young students also notice the gender gap in the adults around them, which can cause them to lose confidence in their STEM abilities.

Sara Shayesteh is a biology teacher at Carlmont High School who supports her female students in their scientific endeavors.

“I think that there should always be equal representation. There are definitely jobs that are traditionally more dominant for one gender versus the other…but I think that’s changing over the years, and I think that’s really important,” Shayesteh said. “Why should certain fields only be dominated by one gender? I think that’s an outdated norm that needs to be changed.”

She has a daughter in elementary school who is already noticing gender norms in occupations.

“My daughter is in first grade, and she asks me all the time why both her kindergarten and her first-grade teacher are girls. And how come she doesn’t have any boy teachers,” Shayesteh said. “Even at age six, she’s picked up on that. I don’t think there’s a single elementary school teacher at her school that’s male. Even at that age, you can pick up on trends.”

According to the National Center of Education Statistics, about 90% of elementary school teachers are female. This presents both positive and negative connotations for girls growing up. While female teachers can present strong role models for young girls, they are also more likely to convey math anxiety while teaching.

Math anxiety occurs as an irrational or heightened nervous reaction to mathematical problems and concepts and is often influenced by the attitudes of those around young children. Girls at younger ages are also more susceptible to emoting, meaning that they are more likely to absorb the feelings of their teachers and other role models. This can cause girls to replicate the same anxiety around math.

Statistically, math anxiety mainly occurs in girls rather than boys because they are more likely to base their success on their peers. While they tend to have higher test scores in humanities than boys, math scores are much closer, causing girls to assume that they are worse at math than they actually are.

Many women believe that STEM lacks interest, even if they have not pursued the subject before, while boys are empowered.

However, results differ in classes led by mathematically confident teachers. Shayesteh does not see much difference in math anxiety between the female and male students in her classes.

“There’s definitely math anxiety, but I don’t think I’ve noticed more math anxiety in girls than boys,” Shayesteh said. “I think boys are equally as turned off by math, and the flip side is true too. I have students that are very comfortable with math, and they don’t see that as a hurdle at all.”

This trend could be due to Shayesteh’s confidence in STEM as a whole.

“I chose STEM because I’ve always liked science. Math and science were always the most interesting to me. I think English and history were much harder,” Shayesteh said. “So I just shied away from those subjects a little bit more. I was just naturally drawn to science, and I majored in science, and then I started working in a lab, and I really liked it.”

Joshua Paley, an AP computer science teacher at Gunn High School, has noticed a lack of enthusiasm between boys and girls regarding STEM classes.

Often, he asks freshmen at their orientation if they would be interested in taking a computer science class.

Shayesteh increases accessibility outreach by displaying internships on her “Opportunity Board” and occasionally bringing in guest speakers.

Aylin Salahifar, a Carlmont senior interested in pursuing STEM in college, thinks that outreach programs are one of the best ways to increase STEM participation.

“A measure Carlmont can take to get people, in particular women, more involved in STEM, is bringing back the science lectures. They would bring in speakers, and if you went and filled out notes, you got extra credit,” Salahifar said. “I think bringing back science lectures is good because those are really interesting. And they’re your friend’s dad or a local biotech company owner. It’s the people in your community, and I think that that’s very powerful. When you see that, you think, ‘Hey, I can do that.'”

The Carlmont science department is also successful with the representation of female teachers on campus. All STEM departments at Carlmont have about an equal male-to-female teacher ratio.

“My upperclassmen classes tend to be dominated by girls. I don’t know if that’s just because more girls are interested in the subject or because I’m a girl and I influence who signs up for my class,” Shayesteh said.

The study conducted by Oxford Academic in 2016 claims that female students are more likely to involve themselves in STEM if the teachers are female. This study implies that the interest in STEM from female students at Carlmont is associated with a large number of female STEM teachers.

In contrast, Paley, a male STEM teacher, noticed a lack of female participation in his classes.

“When I started out, I would have classes where there might be one girl, and that was it. And it was not uncommon when somewhere in the year, somebody would say some sort of really stupid sexist thing,” Paley said. “Nowadays, I think about a third of the students are girls.”

Paley explained stereotype threat by expressing how women feel out of place in STEM classrooms. Many women think they will struggle in a field where they are underrepresented and marketed as a minority. This cycle continues because the more significant the gender gap in STEM, the more women shy away from it.

Paley said, “I do remember having a couple of girls, way back when, who dropped the class after day one because they saw something in Java and were confused by it. They looked around the room, and they saw their counterparts being comfortable with what they were doing, and they just go, ‘why am I here?'”

Considering that young girls have no role models in STEM, social cues steer them away from this field, and math anxiety is rampant in young girls, the question is not “why am I here” but rather, why would any woman want to be here?