While the development of the lucrative fishing industry has reeled in economic prosperity in the past, it has also led to a decline in marine ecosystems.

One major issue that has roots in the fishing industry is the loss of certain fish populations. This is mainly a result of overfishing, which refers to fish being caught faster than they can reproduce to sustain their population levels.

Sustenance of fish populations is becoming increasingly difficult because global fish production has quadrupled over the past 50 years. According to a series of studies by the University of Oxford, the world produces around 200 million metric tons of seafood yearly. The average person now consumes twice as much seafood as over half a century ago, leading to the overexploitation of certain species, including the Alaska Pollock, Anchovy, and Skipjack tuna.

“We continue to commercially overfish ecosystems. There is no opportunity for recovery or extra time for plants, animals, and overall ecosystems to adapt when we remove fish populations and use harmful tactics that dredge the bottom of the ocean,” said San Mateo County Sustainability Specialist Kamille Lang.

Tuna stocks are in particular danger of steep decline. According to the U.N.’s Food and Agriculture Organization’s data, over 7 million metric tons of tuna are harvested each year. This excessive harvest, however, puts much of the world’s ecosystems in harm because according to a study published in Fisheries Research, Tuna harvests are spread throughout 3 of the world’s oceans.

The National Oceanic and Atmospheric Administration (NOAA), is an agency that manages the protection of marine species in the U.S, enforcing regulations to maintain the sustenance of fisheries that are at risk.

“Management of our nation’s fisheries resources is important to ensure their long-term sustainability so that they may provide the greatest benefit to current and future generations,” said NOAA Fisheries Management Specialist Cliff Hutt.

In addition to overfishing, certain fishing methods and equipment popularly used by commercial fisheries have been directly linked to habitat destruction.

According to Oceana, an organization that conducts science-based policy campaigns to protect the ocean, bottom trawling is considered to be the most destructive fishing practice for ocean habitats than any other practice on the West Coast. This method, commonly used by large companies, describes the process of dragging a heavy net along the bottom of the ocean to catch smaller fish species. Bottom trawling leads to habitat destruction by plowing through seabeds and tearing up essential root systems of sea plants and animal burrows.

However, bottom trawling is not the only perpetrator of the environmental downturn. Other practices of pelagic trawling and dredging can often lead to bycatch, which is another common consequence of traditional commercial methods.

Bycatch is the capture of non-target species that may get caught in nets or on bait hooks and leads to the overfishing of non-targeted populations.

“Most bycatch in commercial fisheries are nontarget fish that are not economically valuable,” Hutt said. “Unfortunately, methods that produce the least bycatch, such as the use of rod and reel fishing, often don’t produce enough catch to be economically viable fisheries.”

Bycatch also harms protected species like dolphins, turtles, whales, and birds, by trapping them in fishing equipment. This poses the threat of extinction and alters the balance of marine ecosystems. 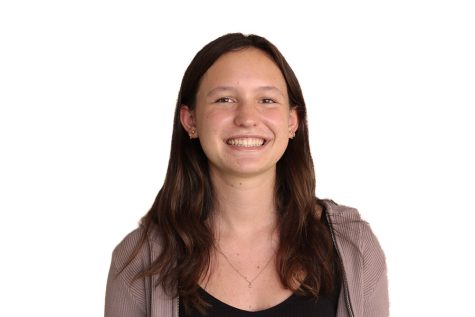 Lucille Sanders, Staff Writer
Lucy Sanders, a junior at Carlmont High School, joined the journalism team in 2021. She loves discovering more about her community and spending time with friends and family. 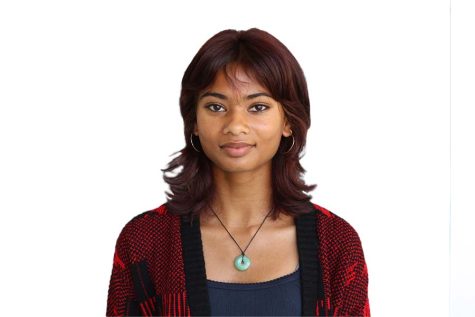 Urvi Kulkarni, Staff Writer
Urvi Kulkarni is a junior who finds an interest in local stories, climate activism, and visual arts. When she is not writing for Scot Scoop, you can find her on the tennis courts, working on a painting, or spending time with her friends.