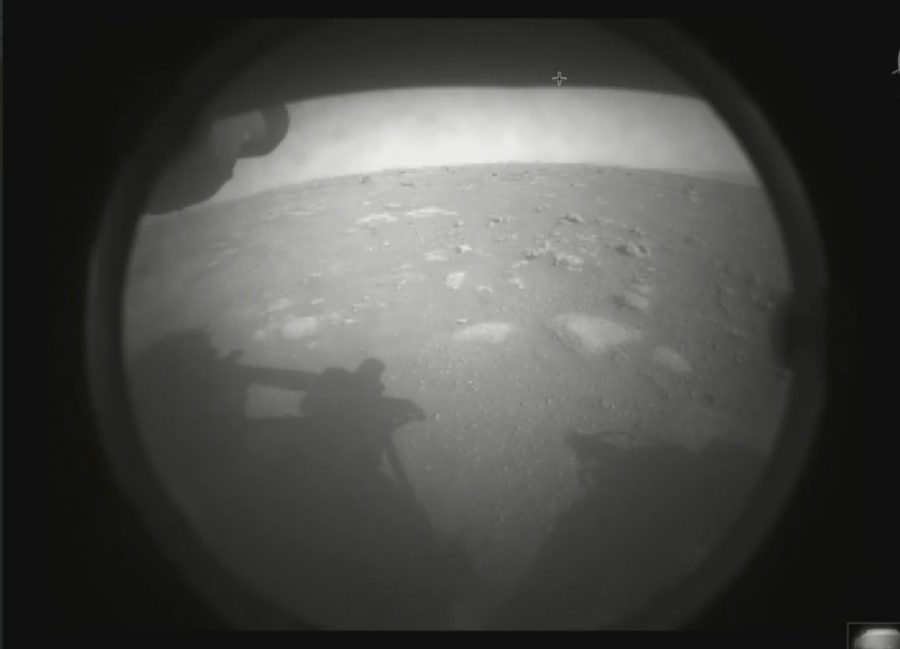 “Hello, world. My first look at my forever home. #CountdownToMars,” @NASAPersevere tweeted on Feb.18 after successfully landing on Mars.

Perseverance, NASA’s newest Mars rover, successfully landed on Mars on Feb. 18 and sent back its first pictures from the red planet’s surface.

This newest Mars rover is tasked with searching along a 15-mile path through Jezero Crater, the site of a lake 3.9 billion years ago, for signs of ancient life. Perseverance will take samples of the rocks and soil which later missions will bring back to Earth.

Not only is Perseverance equipped to look for microfossils, but it is also equipped to test the Mars Oxygen In-Situ Resource Utilization Experiment(Moxie), which will attempt to convert carbon dioxide from the Martian atmosphere into oxygen. This will be an important step towards creating fuel for future return trips to Earth.

The rover also landed on Mars with a mini helicopter called Ingenuity which NASA plans to fly over the surface of Mars to scout out future rover paths and other areas of interest.

Texas was thrown into crisis this past week as strong winter temperatures caused multiple power outages for several days. Other states were also affected by these weather conditions and outages, but the effects have been more severe in Texas.

These outages were primarily caused by the failure of power plants, primarily in natural gas. Some gas pipelines were frozen, and as people turned up the heat in their homes, demand for gas increased, resulting in high gas prices leading to some power plants going offline.

Currently, at least 58 people have died from the winter storms. For resources to help people that have been impacted, click here.

This past Friday, Feb. 19, bitcoin’s market cap hit the major milestone of surpassing $1 trillion in value. When the cryptocurrency hit this new milestone, it was valued at about $54,000 per bitcoin and ended the day valuing at just under $56,000 per bitcoin.

The primary reason for bitcoin’s rise in popularity is the adoption of the coin by major companies such as Tesla, Apple, and PayPal. However, there are still a few skeptics of this cryptocurrency, such as the banking firm JPMorgan. 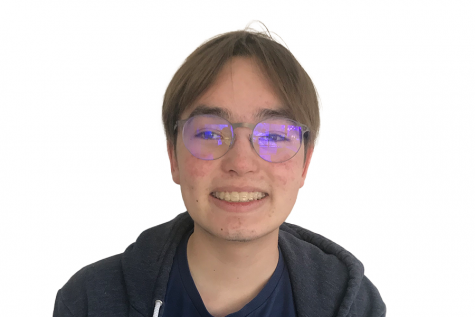