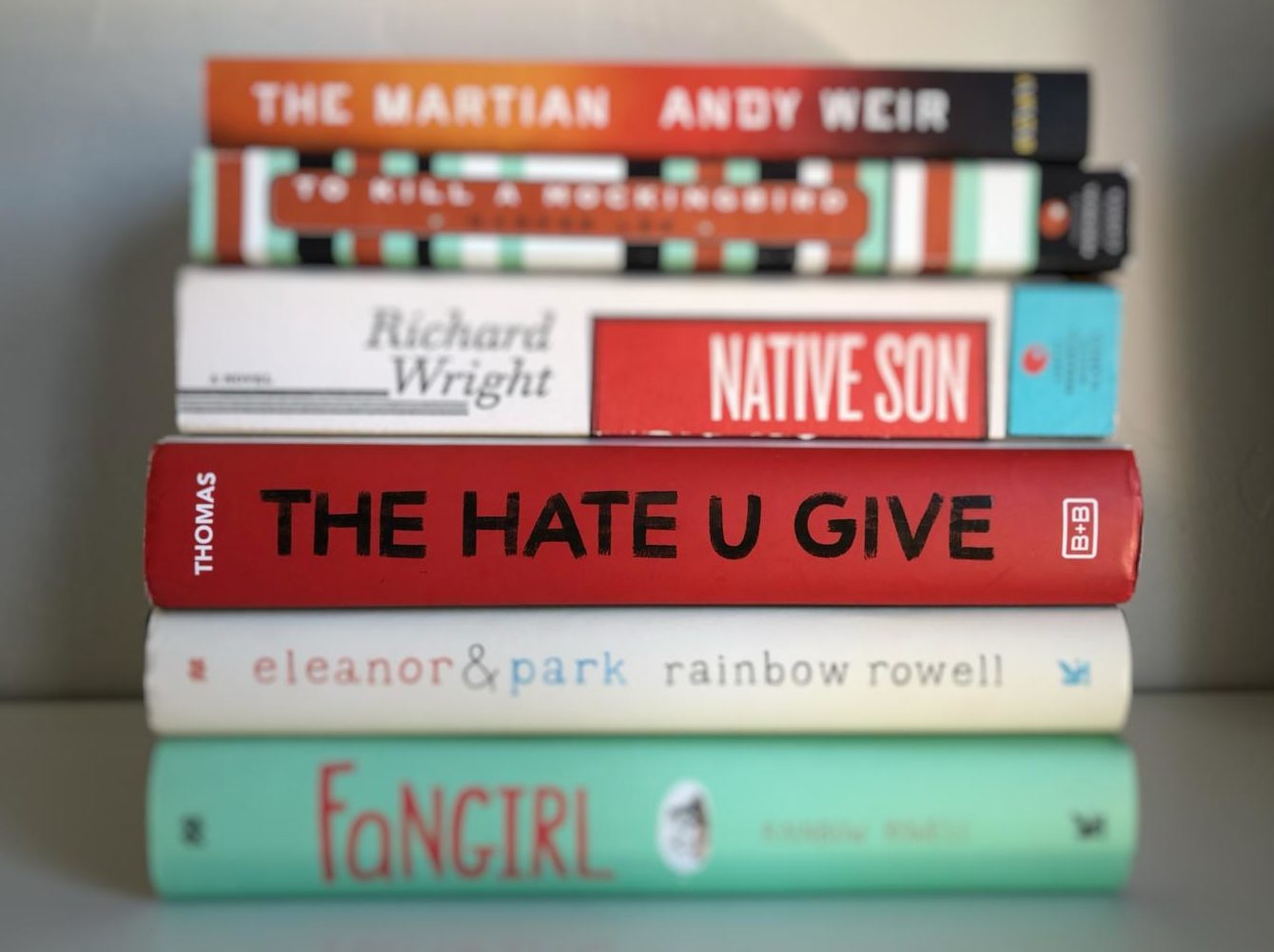 ‘The Hate U Give’ reemphasizes the abnormality of gun violence

The 444 pages of Angie Thomas’ “The Hate U Give” go by faster than a bullet.

The novel centers around Starr Carter, a black teenager who, on top of an average high school student’s drama, comes face-to-face with gun violence, gang activity, and racism every day.

By the age of 16, Starr has already witnessed two extreme instances of gun violence.

Her best friend Natasha is just 10 years old when she is shot and killed in a drive-by. Her other friends, Khalil, dies at 16 as a result of police brutality and, as the sole witness, Starr must defend the legacy of her misunderstood companion.

In this day and age, it is not uncommon for people of color to be killed by cops, or people, in general, to die from mass shootings. Because this has become a normality, these topics are usually glossed over as just “another shooting,” and “The Hate U Give” is transparent about this reality. The cold, hard truth may come as a shock at first, but as the story progresses, the readers’ desire to educate others on these issues will only grow.

The author, Angie Thomas, chose to write “The Hate U Give” in first person to help the reader empathize with the protagonist. Starr’s first-hand account of the events in the novel makes them feel real and intense like the reader is right there with her. Likewise, because Starr not only struggles with racial injustices, but also everyday problems like fitting in and high school drama, the book any teen can relate regardless of their age, gender, or race.

Despite the seriousness of the violence in the book, “The Hate U Give” also features scenes that lighten the mood and allow the reader to laugh. In one scene, Starr sits on the bleachers during P.E. with a friend. Together, they laugh at the girls who are pretending to be bad at basketball as a way of flirting with the guys. Thomas’ strategy of balancing lighthearted scenes with heavy ones ensures that the reader doesn’t put the book down.

Many adults may see similarities between “The Hate U Give” and “Boyz n the Hood.” Much like the movie’s main character, Trey Styles, Starr Carter experiences what living in the ghetto is really like. Drugs and violence are a common occurrence in each and both characters witness the deaths of close friends at a young age.

Amandla Stenberg starred in the film adaptation of “The Hate U Give.” She said in an interview with NPR that it felt like reading and reenacting her own diary. It is also likely that Thomas based certain scenes in the book off of her own experiences. So, although the actual story is fiction, the events within are comparable to real life.

If you’re looking for a new book to read that is not only a page-turner, but discusses the contentious topics that many other authors are too scared to mention, then “The Hate U Give” is the best option for you. After all, it is a five-STARR read.

‘The Hate U Give’ falls shorts of a powerful opportunity

“The Hate U Give,” written by Angie Thomas, is a 444-page story that could have been written in one sentence: “police brutality is bad.”

The book follows a young black girl named Starr, who is figuring out her place in the world.  After a party one night, she experiences a traumatic event with her childhood friend, Khalil, and a white police officer labeled One-Fifteen. This event forces her to open her eyes, look around her, and decide what—or more precisely who—is worth sticking up for.

Angie Thomas does a beautiful job of illustrating the importance of Starr’s struggle with white privilege, the relevance it has in today’s world, and Starr in general. Her character, her development, and the way that Starr deals with the conflict are executed astonishingly well, making her a fantastic main character.

Starr’s view on life makes her relatable to the reader, and her witty comments bring a comedic aspect to the otherwise serious novel.

And yet, the author chooses to drown this out with characters like DeVante or Starr’s older half-brother, Seven. Both figures hold a substantial part of those 444 pages, but contribute very little to the overall plot.

For example, Seven’s primary battle is deciding whether or not to stay loyal to Iesha, his biological mother. He feels like Iesha is always choosing her boyfriend, King, over him, and even when she kicked him out of the house, Seven still feels protective over her. When Iesha shows up at his birthday party uninvited, she gets into a heated argument with Seven that ends in him breaking down in tears.

This heart-wrenching moment between Iesha and Seven is very emotional and memorable for the reader. However, the powerfulness of this scene draws away from the importance of Starr’s conflict with social injustices and, more importantly, how Starr’s conflict reflects in real life.

By using characters like Seven or DeVante who deal with issues radically different from the main focus of the novel, Angie Thomas distracts from the original message and diminishes its importance.

“The Hate U Give” was published in February 2017. In that year alone, 1,147 people throughout the U.S. were killed by police violence, according to Mapping Police Violence.

From all of the reports of people being murdered by police, 25% of them were black, despite only being 13% of the population. Black people are more likely to be harmed, more likely to unarmed, and less likely to be hurting anyone else. This outlines what Angie Thomas was trying to get across in her novel.

However, the difference is that those statistics don’t dance around the facts. “The Hate U Give” spends so much time focusing on characters dealing with conflicts entirely irrelevant for the main plot that the book becomes tedious.

“The Hate U Give” outlines a powerful message; it’s a shame that the execution of it doesn’t bring it justice. Read this book if you’re looking for a long story. Read an article on police brutality, social injustice, or discrimination if you want to be informed.