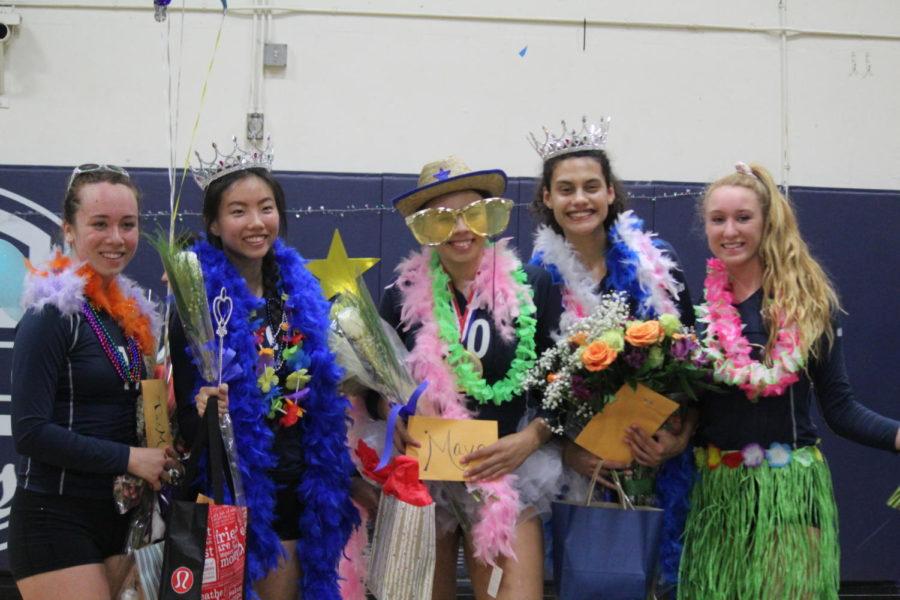 Cheers from the bleachers were heard as the five seniors walked towards the court. It was senior night for the varsity volleyball team on Oct. 24 and to make it even better, the Scots won 3-0 against Terra Nova.

The first set began slowly, with both teams scoring points back and forth and neither team dominating the floor, but this didn’t last long.

A few points later, Catherine Dahlberg, a sophomore, got two blocks in a row and one kill, making the score 11-10 Terra Nova. Then the Scots got a good rhythm going, getting kills and finding open spaces to hit, bringing the score to 19-15 Scots. After an opposing player got a kill from a line drive hit, Sophie Srivastava, a senior, dumped the ball over the net, surprising the other team. This allowed the Scots to block any potential run the Tigers might have had and ensure their win of this set.  The Tigers kept battling but in the end, the Scots won the first set 25-19.

Even with them winning the first set by six points, Srivastava said, “We still need to work on consistency and starting the games off with energy.”

In the second set, the Scots started off in the lead, with sophomore Alisha Mitha getting a kill making the score 4-2. As more rallies went on, Terra Nova slowly caught up to the Scots until one of their teammates got an ace, tying the score at 7-7.

The Scots didn’t let that stop their momentum and ended up winning a long rally with a vicious spike from Dahlberg.

As the Scots pulled ahead 13-8, Andrew Serrano, the head coach of the Tigers, was compelled to call a timeout to see if he could rally his team.

Later on, the score was 16-9 in favor of the Scots. Despite some inconsistent serving they made up for it by winning a long, exciting rally with a save from TaiMei Chang, a senior.

“It’s really fun getting to dive all over the place,” Chang said.

With not much of a comeback from Terra Nova, Heather Chao, a senior, ended the second set with an ace, making the final score 25-16 Scots. 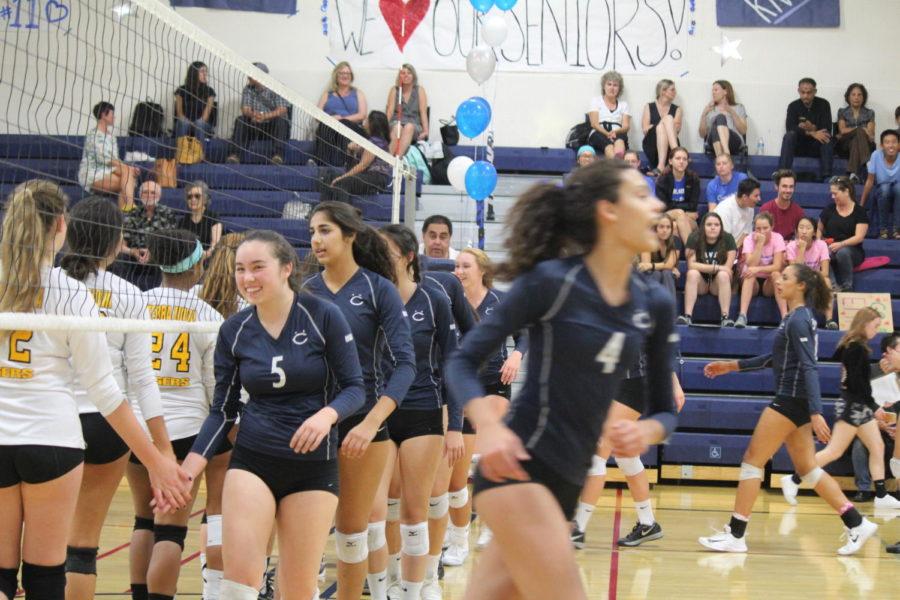 As the third set started, so did the Tigers’ panic to stay in the game and not lose in three sets. In the middle of the set, the Scots started making easy mistakes such as hitting the ball out of bounds and being called for net violations and doubles. The score was 14-13, the Scots only leading by one point. To get them back in the game, Maya McMillen and Emma Vanoncini, both seniors, figured out that Terra Nova’s weakness was missing tips in the middle of the court. So both tipped short and it worked, as the opposing players couldn’t even get a hand on the ball.

Fast forward to game point for the Scots, the Tigers called a timeout in an attempt to get the players refocused and calm. Although Terra Nova got a point making the score 24-22, the Scots rallied to score the last dagger in the third set, winning the game 25-22.

The seniors are very influential to the underclassmen, especially Jules Tan, the only freshman on varsity, who said, “It’s pretty cool, I get to look up to the people older than me.”

Varsity’s record is now 26-4, and their next game is against Aragon High School on Oct. 26. 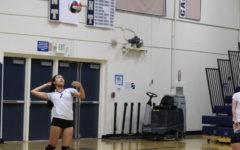 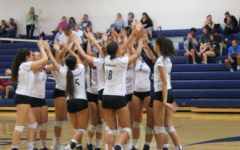 Varsity volleyball wins a hard-fought victory over the Bearcats 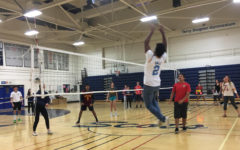