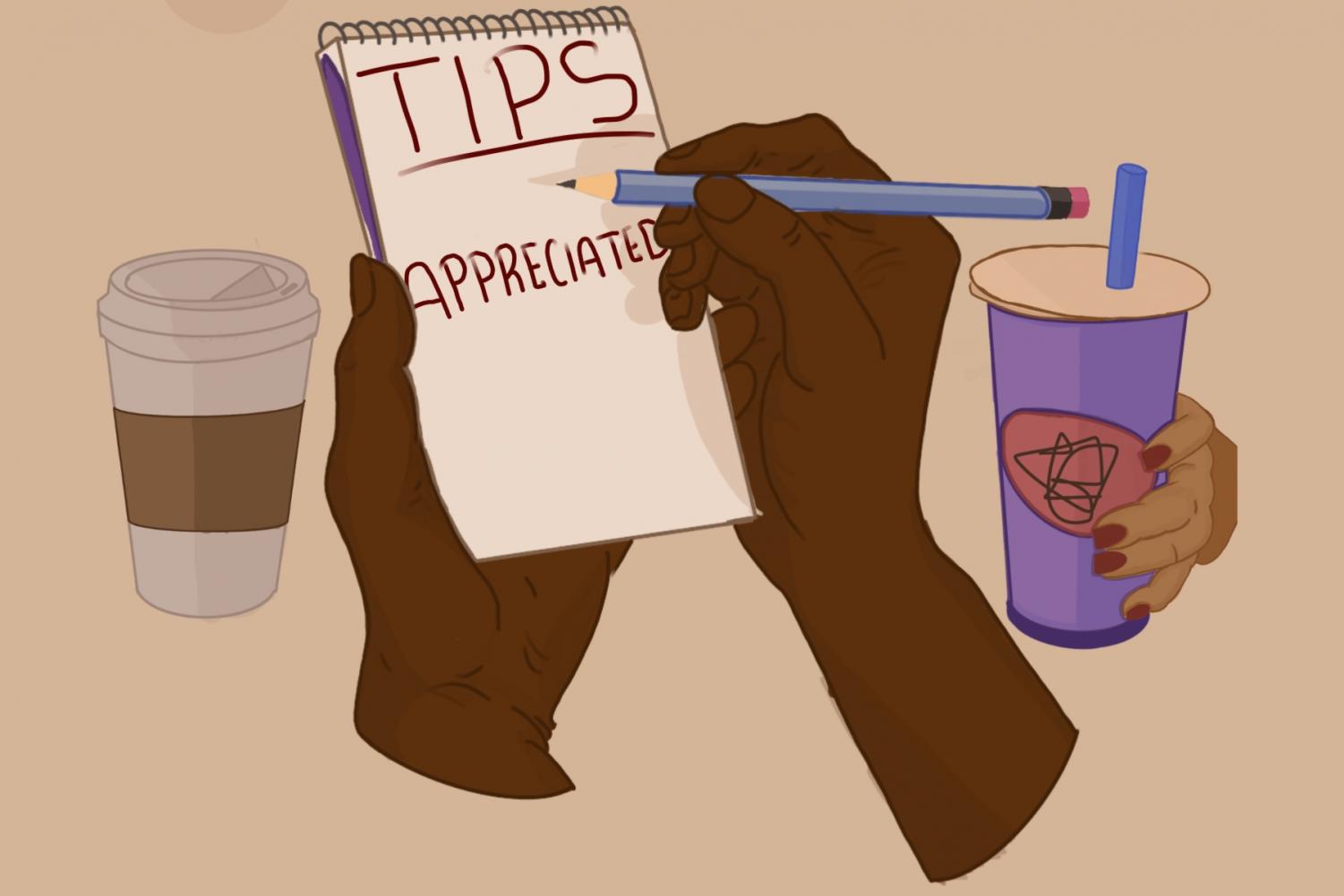 Tips are often essential to maintaining the livelihood of workers in the service industry. (Aleyda Contreras)

Tips are often essential to maintaining the livelihood of workers in the service industry.

A tip of the paycheck

Tiredness whispers through you after six and a half hours of school, the weight of your eyelids a complement to the intense yearning for rest. However, there is one more thing you have to do: you trade your backpack for an apron, and rest becomes a lapsed fantasy.

Slowly, the jar at the counter is filled by consumers with gratitude, or by those looking to get rid of some spare change, sometimes a few cents, other times a few dollars.

Maybe the tip is left at the table, after you’ve plastered on your best smile, dipped your voice in honey, and served the meal with every ounce of grace you have.

Perhaps the table was rude, but you’ve served them, and the $5 bill under the salt shaker is your validation. Either way, at the end of the day, you punch out, and it’s time to head home.

On a good day, you serve customers and get paid.

On a bad day, things can get worse.

As of 2018, there were 15.1 million employees in the restaurant industry; 1.7 million of them are teens in the United States, according to the Center for Economic and Policy Research.

In most of these establishments, workers and customers have become accustomed to the willing gratitude known as a tip. In many industries, they have become conspicuously expected. However, various employers lower wages, anticipating that tips will make up for the rest.

Tips are what a customer will personally pay a server for their services, which are determined throughout their meal.

However, the Department of Labor reported an 84% violation rate of employers not adequately managing proper employee pay. 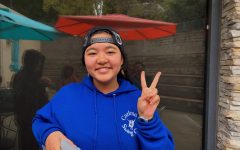 “It’s crazy because people are trying to make a living. But then for it to be legal to be able to pay [employees] $7, that’s just wrong,” said Maya Henry, a Carlmont sophomore.

Although unemployed, Henry said that the effects of low wages impact those around her and possibly even herself one day.

For students, tips become an incentive to provide better service, in hopes of profiting since House Bill 2523 allows employers to pay students under the age of 22 the federal minimum wage of $7.25.

According to the U.S. Department of Labor students under the age of 16 may only work three hours on a school night, 23 hours a week; however, at the age of 16, there are no limitations.

Cindy Santiago, a sophomore, is 15 and works five hours a day.

“I work because I need extra pocket money, but I feel like [my boss] takes advantage because we’re younger, and she doesn’t think that we know [about child labor laws],” Santiago said.

When asked about her sentiments toward working overtime, she said, “It’s money.”

How it impacts adults

The tip divide is not limited to the youth.

Sophia Garcia* has been working at a local restaurant since she was 17. Starting as a busser, she worked her way up to becoming one of four bartenders. She is now 28 years old.

For her, tips have become a necessity to sustaining a stable lifestyle.

“The cost of living is very high in the Bay Area, and most of us live off what we make on tips. I make my money off my tips; I get no paycheck,” Garcia said.

Garcia’s job allows her to create connections with the customers and build relationships with the regulars. However, she struggles to keep up with her co-workers’ sentiments toward her success.

“Some people dislike me because I make a little bit more money than other people,” Garcia said.

According to her, the customer is obvious when they’re going to tip, creating a sense of hyper-awareness to them.

“You definitely know when someone is going to take care of you, so you want to be nicer. Other times, you’re serving other people, and they treat you like scum, and you’re like, ‘Well, I work this hard for what?'”

The Emily Post Institute, a guide on tipping, states that the recommended starting point for tips is 15% for any kind of wait service.

Most states even allow employers to add a tip credit to customer bills; however, at her place of employment, Garcia’s boss does not enforce tips within the bill. Garcia says that at times, it’s angering not to get any compensation for her labor.

“One time, there was this big party, and they had a $2,000 tab. Not only were they very picky, but at the end of the day, they didn’t tip us anything. In a way, it made me mad because I get no paycheck. To show up and not get anything is frustrating,” Garcia said.

Working in the service industry also means putting up with various customer behaviors, as reacting may affect the probability of receiving a tip. It calls the ethos of “the customer is always right” into question.

However, sometimes, it’s more than a customer’s bad attitude. According to a report conducted by Restaurant Opportunities Centers United (ROCU), the restaurant industry is “the single-largest source of sexual-harassment charges filed by women with the Equal Employment Opportunity Commission.”

Aside from co-workers, customers are more likely to harass their waitresses. It was reported that 90% of female restaurant workers have experienced sexual harassment, and 78% said it had come from customers. In addition, 35% reported that the harassment became physical, and 17% of the time, it escalated.

More than half said that these occurrences happened weekly, according to the ROCU. The report also stated that 9 out of 10 tipped workers have to wear uniforms to work, and three-quarters of the time, it was reported that women’s suits are more suggestive.

Men are not immune to this, either. ROCU also reported that sexual harassment takes the form of invasive questions concerning their sexuality. Transgender workers were targeted with this specific type of harassment from managers and customers, sometimes in the form of verbal disagreements over identity.

A study at Cornell University determined that African-American servers are tipped less than their counterparts by customers of all ethnicities. A separate Cornell study showed that women’s tips can be determined by their appearance.

The way servers can face discrimination from customers, employees can equally discriminate customers. According to a third report by Michael Lynn, who participated in all three studies, and Glenn Withiam from the School of Hotel Administration at Cornell University, white men usually get better service than women, people of color, the elderly, foreigners, and young people. 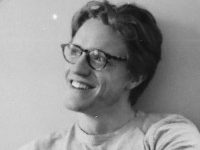 Tipping normalizes this assumption. It encourages people to think of service like a perk — something extra — and not a career.”

Edward Frame, who earned a six-figure salary working at a Michelin-starred restaurant in 2012, wrote about the mentality that serving is unskilled labor, creating further inequalities.

“Tipping normalizes this assumption. It encourages people to think of service like a perk — something extra — and not a career for millions of individuals, many of whom are compensated far less handsomely than I was. It establishes an unequal power dynamic between guests and waiters, blurring the distinction between service and servitude,” Frame said.

Likewise, many cities have implemented their own minimum wage laws and plan to enact new regulations in 2020. San Carlos is one of those cities.

San Carlos officials have been vocal about raising the minimum wage to $15 since January 2020, as many cities in California already have such as Belmont, Daly City, Menlo Park, Redwood City, San Mateo, and South San Francisco.

According to The Daily Journal, currently, San Carlos’ minimum wage correlates with the states: $12 an hour for businesses with 26 or more employees and $11 an hour for companies with 25 and fewer employees. However, city councilmembers wanted to create an ordained draft that didn’t make as many exceptions. It was also unanimously voted for the minimum wage to increase yearly at a consistent rate with the customer index.

Vice Mayor Laura Parmer-Lohan has acknowledged that industries might feel pressured to raise product prices to keep up with employee pay.

“I think we can’t ignore the extraordinarily high cost of living. Many of the actions the council has taken this year have been around trying to improve the quality of life of our community members and make sure that they can stay here,” she said during a city council meeting.

Ultimately, improving working conditions for those in the service industry is not only up to the legislators, but the customers and the practice of common courtesy. 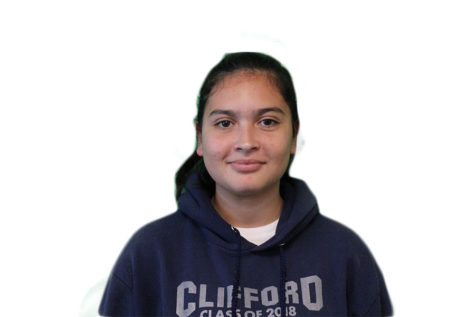 Aleyda Contreras, Staff Writer
Aleyda Contreras is a sophomore at Carlmont High School. She enjoys attending events in her community and writing about them for the Scots Scoop News. 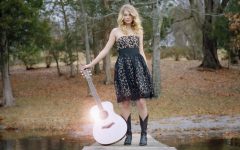 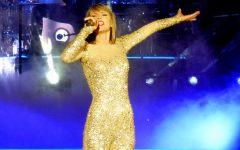 A comprehensive ranking of every Taylor Swift album 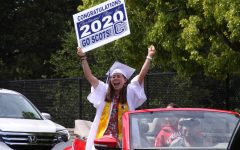 Carlmont’s Class of 2020 graduates virtually for the first time 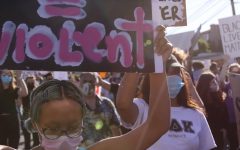