There is a problem many people don’t even bat an eye at. It’s an everyday item that is a thorn in people’s sides.

“I feel safe in saying all printers malfunction,” Chris Lu, a librarian at Belmont Library, said. “You could have trouble in the network preventing the printer from receiving the print job. You could have mechanical errors such as paper jams or no ink. Printing something actually takes quite a few steps and lots of moving parts, so it’s pretty easy for something small to mess up the entire process.”

On top of all the malfunctions, what if people knew printer ink is more expensive than human blood?

That’s right, the printer ink people purchase is one of the most expensive liquids in the world. And this ink is necessary to provide everyday materials, like history worksheets and lab reports.

“I use my printer for schoolwork, but printers are kinda funky, they don’t really work at my house, and they are slow,” Nathan Chong, a junior, said.

For all these issues, personal printers show little signs of innovation. Unfortunately for customers, printers remain a crucial piece in the daily lives of many, but the market as a whole has been stagnating, and companies are starting to go to extreme lengths to churn out a profit.

This stagnant business can be traced back to safety razors, specifically a guy named King Camp Gillette. According to the Harvard Business Review, in 1904 Gillette received two patents. One for a razor and the other for the blades; he had invented the disposable safety razor and created the Gillette Company. Initially, they decided to sell the razor at a premium and the blades for cheap. But in 1921, the patents had expired, and new, more affordable competitors began flooding the market.

Gillette was forced to adopt a different business strategy. They drove down the prices of their razors, at the same time, to run a profit, reduced the number of blades in packs from 12 to 10 for the same price of $1. Aided with the mass purchases from the government during World War I and the brand name built in the early years, Gillette’s sales exploded.

“Give ’em the razor; sell ’em the blades,” Gillette said.

Born was a successful new business model: razor and blades or bait and hook. Essentially, it’s lowering the initial price of the product and increasing the cost of the complementary goods to make a profit.

Printers have been integral throughout human history. According to History.com, the earliest known printed text, “The Diamond Sutra,” was from Dunhuang China and was created during the Tang dynasty in 868 AD. The western printer revolution came when Johannes Gutenberg used China’s model to develop the first movable printing press in 1476 Europe. The Computer printer brought about the next revolution in the 1970s, riding the wave of personal and supercomputers.

Computer printers are machines that can take digital graphics and text to transfer them onto paper. The forerunners of this new era were the laser printer – large high-speed printers that use toner (powdered plastic) and are geared toward businesses – and the inkjet printer – machines that use pigment-based ink and are primarily used at home. As the Xerox Palo Alto Research Center developed and created the first laser printer in 1971, Canon, Epson, and HP (Hewlett-Packard) were racing to make the first personal inkjet printer.

HP came out on top with the ThinkJet in 1984, and the more affordable second generation, $1000 DeskJet (1988), became the first mass-market inkjet printer. To reach as many customers as possible, companies continued to focus on reducing the cost of the printer. By 1993, HP had made enough sales to lower DeskJet’s listing price to $365 and amplified the importance of ink cartridges to maintain a healthy business. Gillette’s razor and blades model was adapted to become “Give ’em the printer; sell ’em the cartridges.”

Other than the razor and printer markets, the bait and hook strategy was taken up by many industries including consoles and video games, phones and rate plans, media, and subscriptions.

This many industries using it hints at the effectiveness of the business model; however, this is slowly becoming history. Apple stunned the world in 2014 when it introduced a new upgrade program that bypassed phone carriers. They allowed customers to replace their old models with newer ones at a minimal price. Similarly, gaming consoles are also becoming obsolete with the creation of cloud gaming apps like Google’s Stadia, which remotely streams games eliminating the need for specialized equipment. Why this trend?

The simple explanation is the internet.

The razor and blades model relies on customer loyalty. The assumption is that a customer would exclusively buy products from one company out of the distrust and unknown of other companies. The internet put an end to this concept. People quickly had access to an enormous amount of information at the tips of their hands. They could easily read and watch reviews to learn about every product on the market. This leads to the constant need for improvement over competitors; tech products now become irrelevant in months. Furthermore, third-party producers have become more accessible than ever, and companies are constantly struggling to outmaneuver these challengers.

The printer market has been especially hard hit by this change. Because printers usually last for a couple of years, frequently updating and producing new cutting-edge devices is not profitable. So, companies continue with the razor and blades strategy, finding ways to make the initial cost as cheap as possible, to the point where they are not afraid of running a deficit on the actual printer. The HP Envy 4520, for example, retails for $70 while costing an estimated $120 to manufacture.

Dropping initial costs, of course, results in rising ink cartridge prices. According to Business Insider, over the past few years, the cartridge ink capacities have dropped from 20 milliliters to five milliliters and as few as three milliliters. This everyday liquid can now cost up to $12,000.

As third-party competitors produce knockoff cartridges, attention is dragged towards combating them; from adding individual microchips to each cartridge to updating firmware multiple times a day, companies are spending money to protect what they have instead of making substantial advancements. Consumers continue to buy the ever-expensive ink cartridges, and predictably this personal printer market is in a downward spiral.

Distance learning has spurred digitization in schools. At Carlmont, there has been a growing trend of teachers using fewer worksheets and going online for much of their course, allowing classes to be flexible, and from an environmental perspective, greener by reducing paper use and waste from the plastic cartridges.

“During COVID, I used my printer less because of all the assignments we could turn in online,” Karina Tam, a junior, said.

This shift to digitization does not bode well for the already stagnating personal printer market. Printed media, for example, is one of the most affected industries by digitization. In 1995, The New York Times had an average of 1.12 million printed newspapers in circulation on a weekday. That number dropped to 374,000  in 2020 after the newspaper started publishing online in 1996. It may not be long until the printer market experiences the same fate as the printed media industry before them.

Looking to the future

The future seems bleak for personal printers, but there’s still hope even though it may be a while until we see classes like physics and math replace printed worksheets with digital alternatives.

“So much of physics is written in formulas, equations, and diagrams, and there is no good digital solution. It’d be unfair for students to be expected to do everything with a mouse,” Gregory Fung, a physics teacher, said.

The Carlmont library has two laser printers for students to use and consistently gets 3000 to 3500 print jobs a year. Similarly, Belmont library hosts a printing service.

“We experienced a spike in requests for printing services as part of a curbside pickup system we offered during roughly the first year of the pandemic,” Lu said.

So, full digitization is far off, meaning that if the personal printer market adapts they could turn the boat around.  In 2015, Epson may have done just that with their EcoTank series, which flipped the razor and blades model on its head. They designed an ink tank that holds enough for a printer to last 4,000 pages or the equivalent of 20 sets of ink cartridges. The initial cost is several times that of a regular printer, but less in the long run. Other companies have followed suit with their own models (HP: Smart Tank; Canon: MegaTank), causing an explosion of sales.

These innovations to the personal printer could spell a new beginning for the market, a market that moves away from the razor and blades model, a market that doesn’t rely on ink that’s $12,000 per gallon, a market that suits the changing era and its customers. 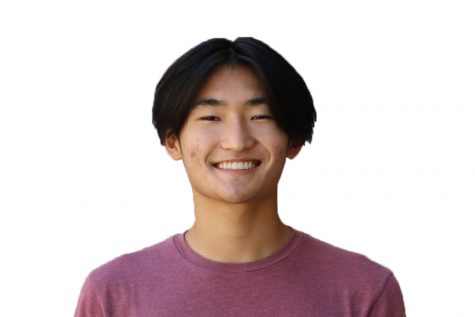 Kai Yoshida, Staff Writer
Kai Yoshida is currently a senior at Carlmont, and it is his third year of journalism. Yoshida is an avid soccer player and has been part of Carlmont's soccer team since freshman year. He also loves the outdoors and is enthusiastic about preserving it. 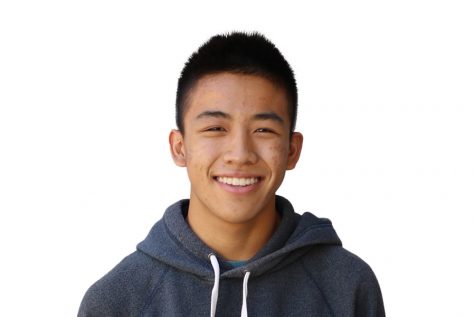 Ethan Man, Segment Producer
Ethan Man is a senior at Carlmont High School, and it is his third year in journalism. He finds interest in the different elements of video production, including videography and editing. 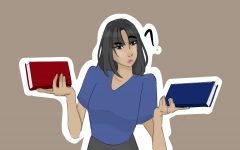 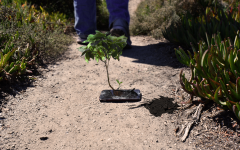 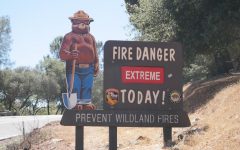 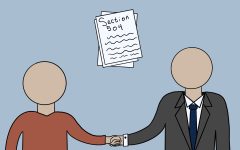 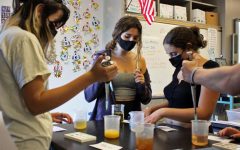