The next four years 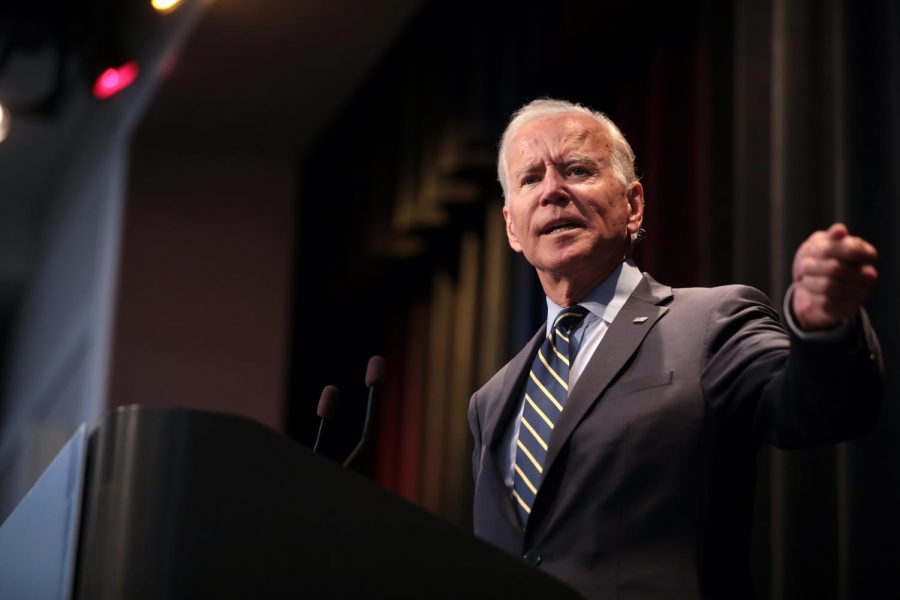 Many Latino immigrants hope that the new administration, headed by U.S. President-elect Joe Biden, will bring about change in the immigration system.

The notion of agencies and organizations seeking to support immigrants is one that local officials have stressed as an important part of the nation’s transition into a new presidential administration. Looking forward to U.S. President-elect Joe Biden’s term in office, legal advocates and government officials expressed optimism and hope for an age of equitable and humane immigration policies.

Despite this, officials and advocates acknowledge that change will take time. Hing highlighted the sense of fear in Latino immigrant communities that will be one of Trump’s legacies.

“The damage has been done, people have been deported, people are living in fear. That level of fear will not be eliminated overnight, even with the election of a new president,” Hing said.

Hing expressed hope that Biden would follow in the footsteps of former U.S. President Barack Obama when it comes to how he deals with undocumented immigrants and deportation proceedings.

“If you’re living peacefully, you’re not a priority. Hopefully, that message gets across to reduce the fear,” Hing said.

Biden has clearly stated that Trump’s ideas were harmful to the immigrant community. Through his policies and rhetoric, Biden promises to work with Latino community leaders to underscore the major issues that face Latino immigrants and deal with those challenges directly and effectively.

Biden said he’d work alongside Mexico and other regional partners in the early months of his administration “to build the regional and border infrastructure and capacity needed to facilitate a new orderly and humane approach to migration that will respect international norms regarding the treatment of asylum claims.”

In a transition statement, Biden said, “[Mexican President Andrés Manuel López Obrador and I] noted a shared desire to address the root causes of migration in El Salvador, Guatemala, Honduras, and southern Mexico and to build a future of greater opportunity and security for the region.”

Most importantly, Biden has vowed to end Trump’s “Remain in Mexico” policy that saw tens of thousands of asylum seekers forced to wait on the Mexican side of the border while their applications were being processed and their court dates being set.

In terms of specific policy changes, Weissman-Ward emphasized a need for change in the treatment of immigrants who apply for asylum or who are detained at the border.

“I think we are really hoping that there’ll be changes to the detention system, and moving away from private immigration detention and mass incarceration of immigrants,” Weissman-Ward said.

By and large, the overall sentiment conveyed by local immigration advocates is a cautious hope for a better future for Latino immigrants. Given the system has shifted dramatically in the anti-immigrant direction the past four years, the involvement of community members and advocates pushing for policy changes will be paramount to significant policy change during the Biden administration.

Hartenstein said, “There’s definitely more hope, but there’s still a lot of work to be done. We’re going to continue to push for equitable policies to be implemented in our immigration system.”

While he did remain cautious in his expression of optimism, José*, a Bay Area high school student and recent immigrant from the Northern Triangle, conveyed a newfound hope in the next administration.

José said, “I hope that all of this changes. I hope that more opportunities are given to Latino immigrants.”

*In accordance with Carlmont High School’s Anonymous Sourcing Policy, the name of the anonymous subject has been changed to José to preserve their identity.

**The original interview with the anonymous source was conducted in Spanish. The author of this article translated the interview and had multiple outside sources verify the legitimacy and accuracy of the translation.