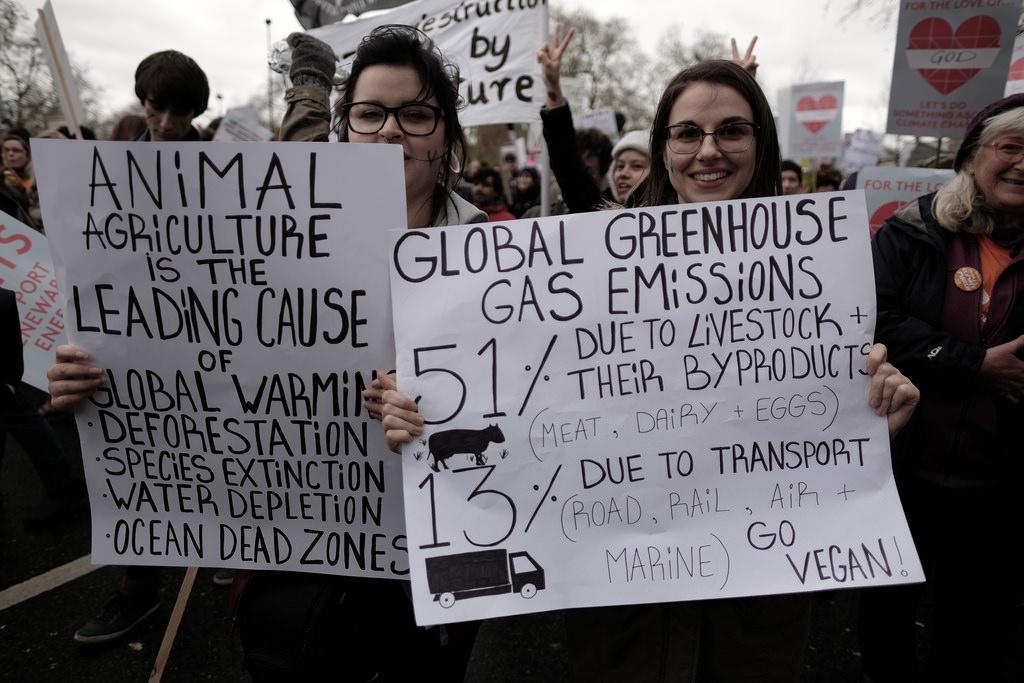 Vegans protest to fight animal oppression and warn humans about the effects of eating animal products.

Animal rights are not human rights

On Sept. 2, thousands of vegans in central London protested against animal oppression and are attempting to fight Parliament in order for animals to have the same rights as humans.

The objective of this march was to show people that “the life of an animal is worth far more than our taste buds.”

I fully agree with fighting for what you want and protesting what you believe. However, when does protesting become too obscure?

Some protest signs that caught my eye displayed statements such as “Dairy is rape,” and “Animals are not ours to use.”

This protest seems almost comical. In society today, we already have controversial problems such as rape and murder. Comparing our diets and food choices to those problems seems inappropriate. We should be focusing on the issues in our real lives and not in the lives of animals.

Ed Winters, the co-founder of a vegan activist group Surge, stated, “To see this many vegans take to the streets is a humbling sign of the changing attitudes society is having towards the treatment of non-human animals. As vegans, we stand against all forms of oppression, with no exceptions defined by species.”

The Surge website claims that in history, “human animals” are the only ones defended for social justice rights and that “non-human animals” have been ignored.

In the last year alone, our country has taken so many steps backwards in our own civil rights. To this day, there are still people in America who face oppression and discrimination.

Before protesting for animals to have the same rights as humans, we should be focused on fighting for all humans to obtain those rights first.

The controversy of eating meat and other animal-based products was not an issue five or 10 years ago. The ongoing trend of veganism and healthy diets has been an uproar in the media, which has since led to protesting and more vocal activists.

However, according to Women’s Health Magazine, there is an insufficient amount of statistics to say whether being a vegan or vegetarian is healthier than someone who eats meat. This is because the test subject amount is too small and there is no way to tell what those particular vegans or meat eaters were eating at that time.

This London protest was only the first of many. According to Evening Standard, marches similar to this are likely to take place in Los Angeles, Miami, and Romania, and the vegan community expects there to be an even larger outcome.