Although mental health disorders are a prevalent issue for people of all ages, they are most prominent in the early teen years. According to the National Institutes of Mental Health (NIMH), anxiety is present in about one-quarter of teens. The percentage of anxiety disorders concurring among adolescent females is 38%, and 26.1% in teenage males. Social media platforms like Tik Tok or Instagram often contribute to increasing insecurities that can lead to mental health disorders.

Ida Milani, an intern counselor at Adolescent Counseling Services, has noticed social media as a common trigger among some of her younger patients.

“On Tik Tok, there are a lot of profiles out there that encourage clean eating or healthy eating, but a lot of what they’re preaching is starvation and really disordered eating,” Milani said.

These “healthy eating” videos have led eating disorders to become a more prevalent issue. Bulimia nervosa is an eating disorder that involves recurring episodes of eating irregular amounts of food, followed by forced vomiting, excessive use of laxatives or diuretics, or excessive exercise. Approximately 5% of adolescent and adult women and 1% of men have anorexia nervosa, bulimia nervosa, or a binge eating disorder. Doe, who is diagnosed with bulimia, shared their struggles with the condition.

“It gives me lots of stress because if I eat anything, I get this feeling that almost sends me into an anxiety attack,” Doe said. “Most of the time, while I’m doing my schoolwork, I need to stop what I’m doing to go purge [forced vomiting].”

Doe is one example of the many teenagers who struggle with different types of mental disorders and eating disorders. Mental health disorders are affected by society’s distorted beauty standards, but body imaging also plays into the distortion. 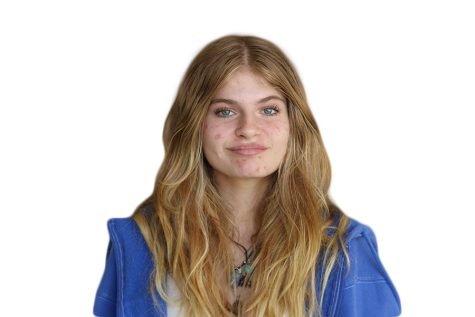 Catherine Eikelbarner, Podcast Producer
Catherine Eikelbarner is a senior at Carlmont High School and this will be her third and final year in the journalism program. She is extremely passionate about podcasting and focuses on advocating for mental health topics that may not be widely discussed. To check out her portfolio, click here! 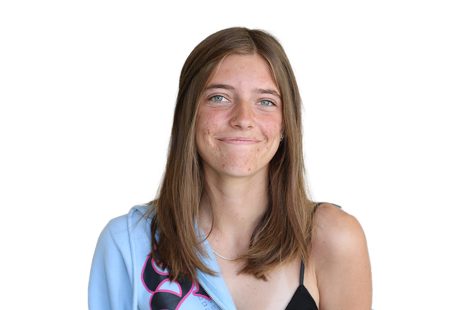 Lucy Lopshire, Podcast Producer
Lucy Lopshire is a senior at Carlmont High School. She loves researching current events and learning what's going on around her. What interests her about journalism is digging deeper into stories and finding more than just what's in the public eye. She is also very passionate about all topics surrounding mental health, and has started to create safe places in and out of school for those struggling. View her portfolio here.