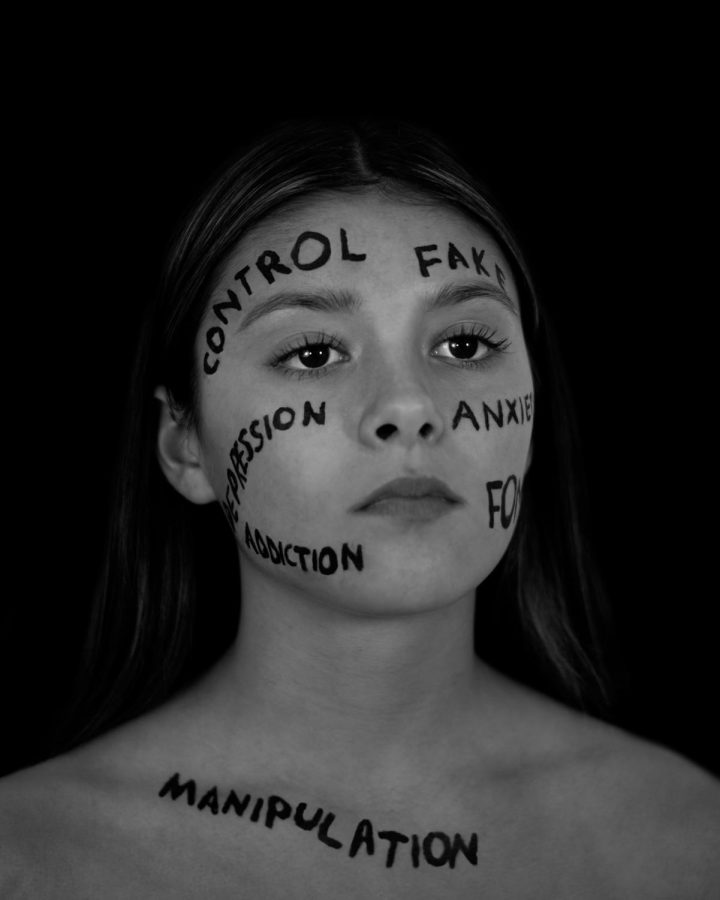 There are myriad problems that come with social media’s intensifying influence on society.

Over the past decades, social media has exponentially grown to create a world where over half the population are connected through a screen.

However, this has created many societal problems, which are widely unknown to users who are being manipulated by the companies that have their own agenda to make a profit from their users.

Rebecca Lendl, the chief operating officer for the Center for Humane Technology, has spent her career focusing on fighting for social change in the tech industry.

The Center for Humane Technology is a non-profit organization that strives to raise awareness of the corruption of controlling tech platforms.

“The Center for Humane Technology is trying to make the case that all of the harms we see are coming from a single cause, and that cause is persuasive algorithms that have their own agenda to capture our attention,” Lendl said.

In the early 2000s, addiction was mostly associated with drugs and alcohol. However, in recent years, addiction has heightened in younger generations, with the underlying cause being social media. Easily accessible apps have become highly addictive through machine learning that creates an endless cycle of manipulation and addiction, keeping users online for hours on end.

Social media itself has grown a lot since high school in the way that a lot of these businesses use teenagers to spend more and more time on their apps. The way they do that is they use notification, which causes addiction”

“The way that these products are designed are exploiting the way that we are wired biologically to capture our attention. We are all innately susceptible to these tricks,” Lendl said.

Social media has allowed users to voice their opinion, which has amplified the problems of racism, sexism, and homophobia, among other forms of bigotry.

According to The New York Times, disinformation campaigns became viral on Twitter and Facebook, denying systemic oppression. Relating to George Floyd’s death, social media platforms presented a variety of misinformation, including the idea that Floyd’s death was fake, reaching around 1.3 million people.

Technology has affected society for better or for worse. However, many are trying to shine a light on the problems that stem from social media, including addiction, systemic oppression, a decrease in attention span, social relationships, and political polarization.

As technology advances, it is clear that social media apps have a detrimental effect on younger generations. Social media has allowed false interpretations of body image and misconstrued perceptions of beauty to reach followers, affecting their self-esteem.

Jono Sison, the junior class president, relies heavily on social media to stay in touch with friends and family. However, his confidence is constantly being challenged by the toxic environment of social media.

“Social media affects mental health, and teenagers are always in a state of comparison. I always compare myself to what my friends are doing and what they look like. It can really have a significant impact on mental health,” Sison said.

The vastness of the Internet can lead to unbridled difficulties such as comparing yourself to others, damaging your self-esteem, and body image ”

Stephen Chou, a clinical psychologist working to support children and families, has seen a pronounced shift stemming from social media.

“I have noticed depression, anxiety, ADHD, and learning issues are the major issues that are contributed from social media’s presence,” Chou said.

With this increase in mental health issues, teenager’s and young adult’s body image and self-esteem have severely been affected. Body Dysmorphic Disorder (BDD) is most commonly diagnosed in adolescents and is characterized as a preoccupation with at least one defect or flaw in a person’s physical appearance. Social media has allowed users to voice their opinion, which has amplified the problems of racism, sexism, and homophobia among other forms of bigotry, creating a safe place for the cyberbully to hide behind. Social media has developed more ways for teenagers and young adults to develop BDD.

BDD does not only affect someone’s thoughts on physical appearance, but it can also have a detrimental effect on their academic performance.

“With the majority of teenagers on social media, they are constantly being influenced by unrealistic standards within society. This leads students to be unable to focus on schoolwork and have trouble interacting with classmates, creating further issues in the future,” Sison said.

Being constantly compared and striving to be the best version of oneself builds an environment with a high level of stressful stigmas. Social media magnifies these stigmas on a social level, increasing the diagnosis of mental illnesses.

“The increased stress that everyone is feeling these days is on a social level, meaning how efficient, how fast, and how much can one get done in this fast-paced society, the more we see depression and anxiety,” Chou said.

Another way social media has created a more stressful environment is by flooding the user with an abundance of information.

Online platforms have created a place where teenagers can search for a variety of symptoms of mental illness. Although these platforms give a large quantity of data to teenagers and young adults, misinformation leads to the developing problem of self-diagnosing. The common phrase “Google diagnosing” refers to when Google provides its users with medical information. Although Googling symptoms can answer simple questions, oftentimes, Google may lead to health anxiety, the obsession of worrying about an undiagnosed medical condition.

“Young people have some worries about what they are feeling or thinking, and do internet searches on what it could be. I think this is a problem because every diagnosis has some element of something that most people can connect to. The danger of that is sometimes that they self-diagnose themselves incorrectly, and they carry that as a part of who they are, instead of a professional making that judgment call,” Chou said.

The wide variety of social media has severely affected society as a whole, as the number of teenagers with mental illness is increasing exponentially.

With the combination of current-day teenagers being technologically adept and the widespread accessibility of the internet, teenagers can access excessive amounts of previously inaccessible information. However, not all published information is factually accurate; thus, teenagers are often subject to misinterpretation or receiving misinformation.

Not only does this construct a false reality, but it can also disrupt the natural way humans behave in society.

“Misinformation and fake news can affect people because information affects the way we view the world, and then how we behave in the world. Having accurate information is very important,” Chou said.

Tech addiction collectively leads to wide scale mental decline, and that decline leads to the erosion of democracy and society”

Today, social media apps do not regulate the constant outpour of false information, as fake news travels six times faster than the truth. Neutral comments on social media usually do not perform well, prompting users to post incorrect news and facts. Twitter and Instagram are among the first to regulate false information striving to create a better platform for their users.

“If you put something on social media that is inflammatory or negative, it will perform off the charts, so naturally over time if you get billions of users on these platforms and are constantly amplifying the negative and extreme content, you are creating a mass divide between people and eventually no perception of shared understanding between political parties,” Lendl said.

In addition to fake news, social interactions have been affected, as more people feel the need to hide behind a screen.

In schools, adolescents and teenagers have a harder time interacting with others, as technology is constantly controlling them. Not only have interactions between peers been affected, but there has been a significant reduction in youth to parent interactions, with the underlying cause being social media and technology.

Making choices to help better the technology world to take back control and prevent manipulation can lead to a healthier society. It is even as simple as talking with friends and family members about technology and how you feel can make a significant difference today.

To be a part of this movement, one can begin by turning off notifications for social media apps, removing toxic apps, and downloading tools to help one structure time and be informed on how technology is changing.

Lendl said, “Social media is manipulating you, and it has its own profit and financial motive agenda that is taking advantage of your time and relationships. Reflecting and talking about how you feel with friends and family can bring awareness to how you feel.”