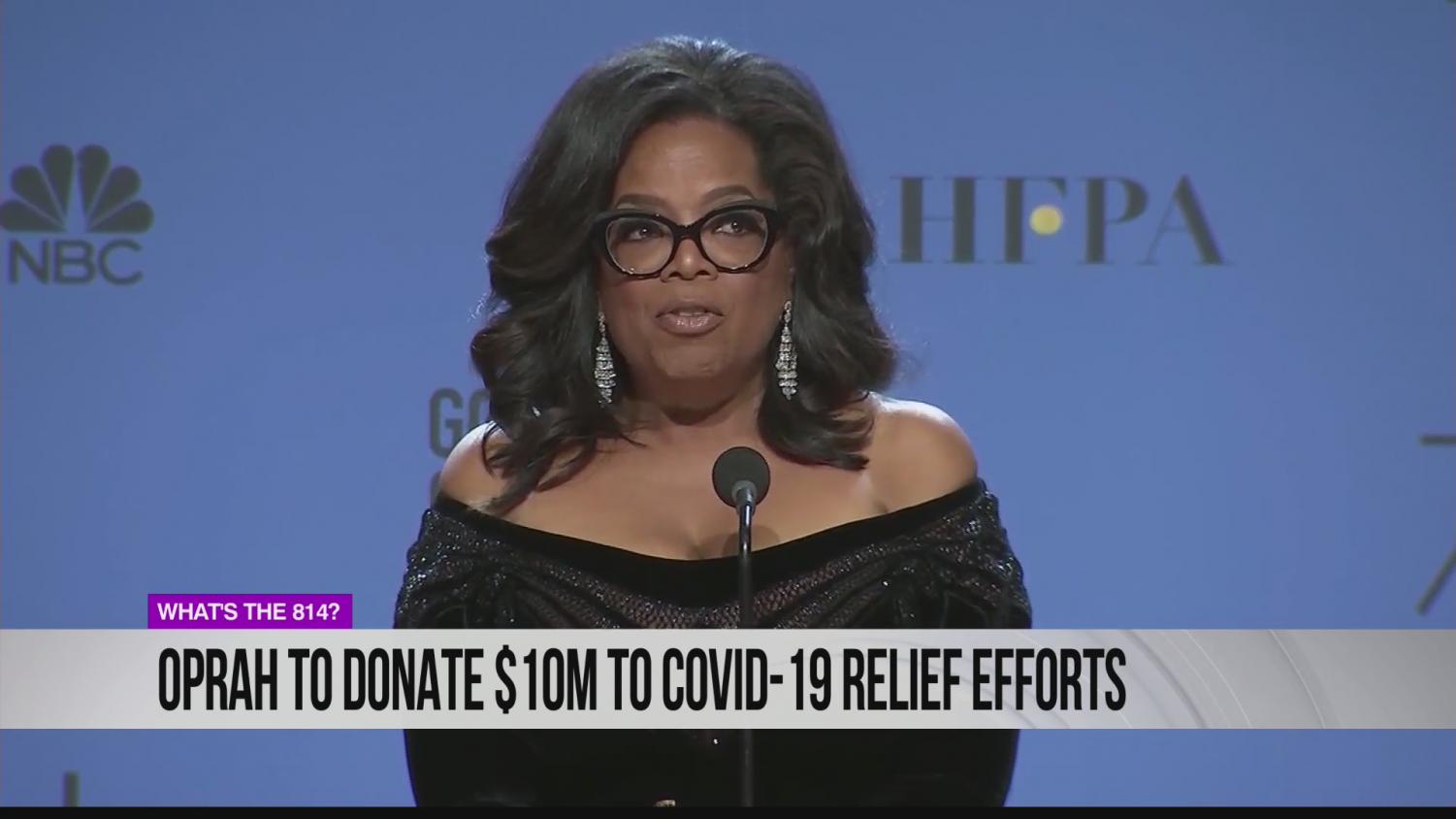 Oprah Winfrey pledges to donate $10 million to COVID-19 organizations in hopes to help those in need. (Rebecca Petner)

Oprah Winfrey pledges to donate $10 million to COVID-19 organizations in hopes to help those in need.

Every day now, people fear becoming ill and losing their own or a loved one’s life to COVID-19. As the pandemic sweeps across the globe, we’re consumed by unsettling questions and the constant thought of whether we are going to make it out alive or not. With the world in a state of uncertainty, people desperately cling to glimmers of hope, which is why celebrities are stepping up to help.

Celebrities ranging from NBA all-stars to multi-millionaire singers are using their talents and finances to contribute to others in this time of turmoil. With their vast amounts of money and growing social media platforms, celebrities are spreading positivity across the nation.

After concerts and musical events were canceled due to COVID-19, several singers turned to social media and began hosting free online shows. For example, Chris Martin live-streamed himself playing music on Coldplay’s Instagram account to entertain audiences. Martin even played “Green Eyes,” which hasn’t been played at any recent concert.

Among other performers, John Legend hosted an at-home concert to provide entertainment for people facing boredom from quarantine. According to the Hollywood Reporter, Legend told his viewers that “as entertainers, we want to entertain you guys, and we want to help everybody get through this.”

Some celebrities are combining forces with media companies to help the community during this time. On March 29, iHeart and Elton John teamed up to create a commercial-free iHeart Living Room Concert for America that streamed on Fox.

The concert featured Billie Eilish, Mariah Carey, Camilla Cabello, The Backstreet Boys, Green Day’s Billie Joe Armstrong, Alicia Keys, Ellen DeGeneres, Lady Gaga, Melissa McCarthy, and many more. The singers used their phones and personal audio equipment to perform, and the other celebrities contributed messages of love and positivity. The audience was also strongly encouraged to donate to Feeding America and First Responders Children’s Foundation, which the concert raised $10 million to help with the coronavirus outbreak.

On April 18, the World Health Organization (WHO) live-streamed “One World: Together At Home,” featuring some of the nation’s favorite singers and comedians. The show was hosted by Jimmy Kimmel, Jimmy Fallon, and Stephen Colbert, who were all accompanied by 24 other celebs.

“Through music, entertainment, and impact, the global live-cast will celebrate those who risk their health to safeguard everyone else’s,” said Hugh Evans, the co-founder of Global Citizen.

Connecting with the community

Other celebrities such as Melissa Jefferson — also known as Lizzo — and Chris Hemsworth are watching out for the public’s mental health by hosting online meditative activities. Lizzo has been hosting an online mass meditation in which she plays the flute, lights incense, and displays soothing crystals.

A meditation and mantra to promote healing during this global crisis. Use at your own pace. Love you!

In one of her videos, Lizzo explained that she wanted to help relieve people’s fears related to COVID-19. Her belief is that fear spreads hatred, negative energy, and ultimately the disease. She feels that through meditating, we have the power to eliminate this fear and transform it into love.

Similarly, Chris Hemsworth, best known for his role as Thor in the Marvel movies, began introducing free guided meditations through his fitness app, Centr. Hemsworth said that this would help families who are like him and struggling to take care of their kids during this time. Hemsworth believes that this will help parents keep their kids busy and help kids relieve any built-up stress.

Some of the meditations are specifically for children, which include practicing sleep visualizations and positive thoughts. Hemsworth said it is hugely beneficial for his kids and kids around the world to do this.

“The meditations calmed them down ’cause kids, you know, have anxiety and stress, all of that, like us and probably more so because they don’t understand it, and it’s difficult for us to explain to them,” Hemsworth said.

Although some celebs are creating ways for the community to fill their time, the majority of celebrities are helping through significant donations to COVID-19 organizations and charities. Oprah Winfrey is one of the largest donors and announced on Instagram that she will be donating $1 million to America’s Food Fund to support people with food insecurities during this pandemic in addition to other charities.

Winfrey said, “I am donating $10 million overall to help Americans during this pandemic in cities across the country and in areas where I grew up.”

Steph Curry and Ayesha Curry revealed that they donated to the Alameda County Community Food Bank in California to serve $1 million in meals to the 18,000 children in the Oakland school district. The latter relied on the two-plus meals provided at school.

Oakland is closing schools bc of COVID-19. We support this decision but are concerned a/b the 18,000+ kids that rely on school for 2+ meals daily. @eatlearnplay is donating to @ACCFB to ensure every child has access to the food they need. Join us & donate https://t.co/nDqF7OoO0Z pic.twitter.com/nFp0w1eFqH

“We just found out that the Oakland school district is closing their doors for the foreseeable future, so we want to intercede on behalf of the kids that rely on their daily services and try to help in any way that we can,” Stephen Curry said.

Robyn Fenty, better known as Rihanna, also donated $5 million from her Clara Lionel Foundation, which supports COVID-19 rapid response efforts in the U.S. and across the globe. As the second most substantial donation behind Winfrey’s, the money will be used towards a number of causes. It will be used to support food banks that feed at-risk communities, provide testing in Haiti, Malawi, and small Native communities, and give personal protective gear, training, and respiratory supplies to healthcare workers.

As our world faces a global pandemic causing over 80,000 deaths nationwide, the loss of millions of jobs, and an uncertain future, celebrities have risen to the challenge to help get us through the COVID-19 crisis by putting their money and time towards communities and organizations in need. 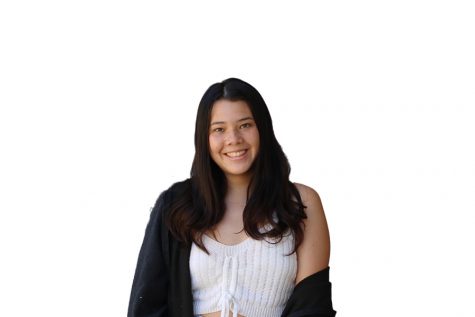 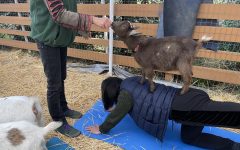 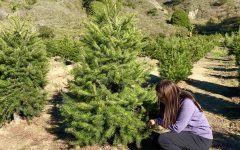 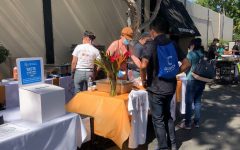 ‘Taste of the County’ brings hope for a return to normalcy 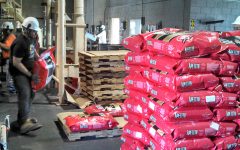 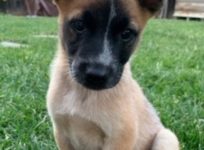 Pups during a pandemic