Clubs promote unity through performance at the assembly 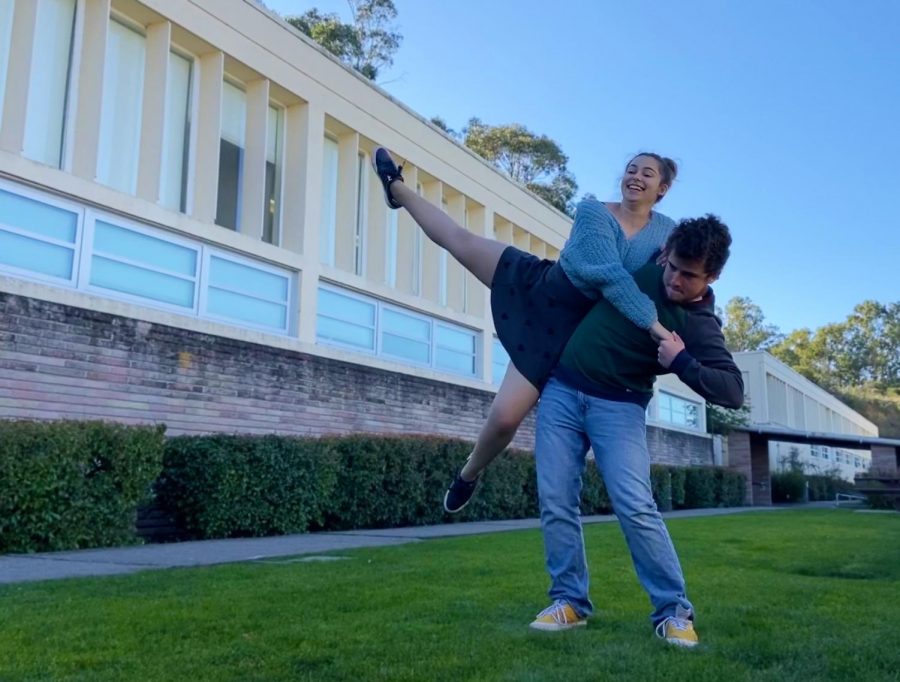 Swing Club practices for the Heritage Fair. “We work hard around the clock, so when we preform we can inspire others to be proud of who they are,” said Hailey Hamady, a member of Swing Club.

The world is filled with all types of people of all backgrounds and experiences, and those at Carlmont High School believe it is important for rising generations to acknowledge and appreciate different cultures. Fittingly, Carlmont is in the top 20% of the most racially diverse high schools in California, according to Public School Review.

“Coming to Carlmont every day is special because you get to meet so many different people, each with their own story,” said Lise Teyssier, a sophomore.

Due to this campus diversity, Carlmont’s annual Heritage Fair aims to bring together different cultures and their clubs to put on a unique experience for the students.

“Heritage Fair makes me want to play a larger part in the community and put myself out there to represent my background. You only live to go through high school once, so I think it’s important to show who I am and that I’m unique in my own way,” Teyssier said.

Not long before this year’s Heritage Fair, clubs were putting the finishing touches on their performances to display their cultures to the rest of the school.

“We met every weekend to learn each component to our dance, and create formations to showcase the talent of each individual within our little community,” said Liana Feigelson, vice president of Korean Club.

Similarly to other clubs, Swing Club has been working around the clock, beginning as early as August to prepare for their Heritage Fair performance. The members have dedicated hours of their lives, learning all of the steps to the choreography and practicing tricks with their dance partners.

“We’re an enjoyable and welcoming group, and we get to teach others about the culture within partner dancing. For most, it’s not very familiar, but we get to introduce students to a different style of dance and show off all of our hard work,” said Marguerite Fields, a sophomore and president of Swing Club.

Another highly-anticipated performance was the Black Student Union (BSU) Club’s dance, a routine they had been practicing for weeks.

“BSU helps to showcase the talents of the black students of Carlmont, and helps to boost the social sphere of the Carlmont community. Heritage Fair’s representation from so many cultural backgrounds through creative performances helps to eliminate any stigmas created by the media in our day and age,” Reyonna Minor, a sophomore and member of BSU.

Modern-day media sometimes displays offensive opinions or jokes with underlying stigmas that may leave people feeling uneasy, according to the Washington Post. The Carlmont community makes an effort to combat online hate seen in everyday life by showcasing various identities through a celebration of everyone’s differences.

“In a society where people see culture as a defining characteristic and a way to discriminate against others, it’s important for young people to learn to embrace their own culture. It’s important for people to show who they are and be proud of their roots,” said Jono Sison, sophomore class president and a member of Filipino Club.

“Our Indian culture is full of dance, music, and food, and we love that we’re able to share that with other students through our Bollywood dance, and samosas we make and sell,” Thuse said.

The Polynesian (Poly) Club expressed their roots with a dance called the haka, traditionally performed before battle or when two groups come together in peace to celebrate.

“Poly Club gets to perform the haka and show the crowd what our culture does when we go to war, or what we do to scare our opponents. It’s extraordinary because not every school offers an opportunity like this,” said sophomore Dane Fifita, a member of Poly Club.

However, not all clubs performed dances. This year, Guitar Club and Ukulele Club collaborated to put together a song for the fair.

“It’s awesome to see the joy and togetherness brought by the music we play, combining a traditional Hawaiian instrument with modern music,” said Adrian Fernandez, a member of the Ukulele Club.

This year’s fair had awe-inspiring performances, meant to leave the crowd speechless. But ultimately, the fair was not just about the time spent away from class.

“I hope the awareness grows around campus, and that people don’t just go to the assembly and food sale and get nothing out of it, and I hope people don’t take for granted the communities they’re a part of, and the things that make them unique,” Sison said. 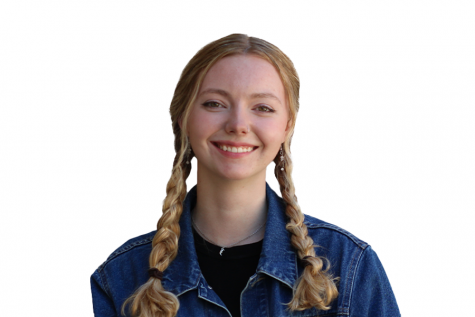 Leanna Gower, Scot Scoop Managing Editor
Leanna Gower is a senior at Carlmont High School and uses she/they pronouns. She loves writing because it gives her a chance to inform others, tell unheard stories, and spark conversation around more challenging topics. Additionally, they believes everyone has the right to information and knowledge and advocates for human rights and equality. In her free time, she likes to upcycle clothes and spend time with her cats. You can view her portfolio here.