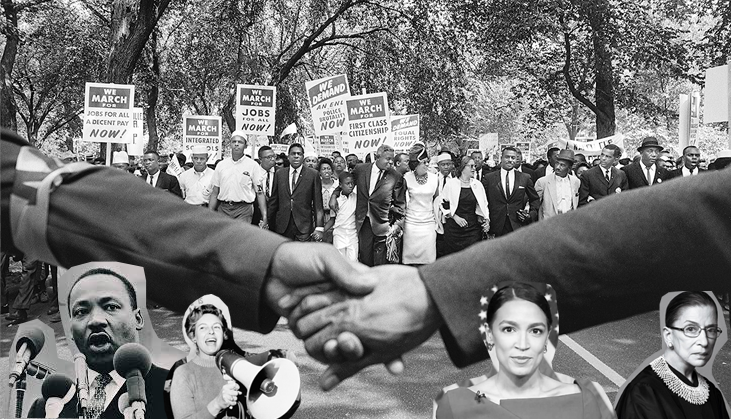 Discrimination within the classroom

The harsh ringing of the bell breaks her out of her reverie as she starts down the hallway, rubbing her sweaty palms against her jeans. The previous nights had been restless from an essay she spent countless hours compiling.

Entering the classroom, her heart speeds up, and she makes her way to the front where her seat is located. As she takes out her supplies, she notices her teacher standing dauntingly, a stack of papers in hand. Once the class fills up, the teacher makes a beeline for her desk and returns the essay face down. She slowly turns the wrinkly college ruled paper over. She trembles and her hands are clammy.

Her heart drops at the sight of 78%. She is not necessarily surprised that her hard work and sleepless nights resulted in a measly C. She expected it. However, her expectation stems not from the belief that her work was sloppy and without effort.

It was tied to her skin color. Although blatant racism is not obvious in most school settings, occurrences like the one above are not uncommon.

The color line continues to divide us. In today’s society, racial bias seems to be a constant part of our lives.

At the epicenter of racial discrimination lie discrepancies in academic achievements between individual races. These discrepancies are extremely noticeable in college applications, processes evaluated by life achievements, grades, and standardized test scores.

Perhaps the most notable discrepancies are found in Scholastic Aptitude Test (SAT) and American College Test (ACT) scores. Though some colleges have placed less importance on the tests recently, the tests remain an influential aspect for many admissions. Though the SAT and ACT are considered equal opportunities for all, the average scores amongst Asians are much higher than that of Hispanics or Blacks.

This leads to the incorrect assumption that low scores stem from race, genes, and effort. When measuring academic achievements, however, the financial status and opportunities that impoverished minorities have must be considered.

Impoverished minorities are typically not granted learning opportunities of the same caliber as those of higher social status. Due to their low financial position, children in poor communities are unprepared for school and have poorly educated family backgrounds.

Their unreadiness stems from high rates of depression caused by stress from economic instability. Such complications often hinder their abilities to learn and comprehend the curriculum. According to a Brookings Institution study, 48% of poor children were ready for school at age 5, compared to 75% of children from families with moderate and high income.

In addition, schools located in poor communities receive far less funding in comparison to wealthier communities. According to Stanford Professor Linda Darling Hammond, “Two-thirds of minority students still attend schools that are predominantly minority, most of them located in central cities and funded well below those in neighboring suburban districts.”

Because of their race, children of color are also subject to more bias and less likely to be considered gifted.

In a Cambridge University study, the “Unequal Returns to Children’s Efforts,” professors Calvin Rashaud Zimmermann and Grace Kao measured teacher evaluations of their students. Subsequently, they discovered that students of color were often at a disadvantage due to their race and gender. Despite having the same noncognitive skills and test scores, teachers often penalized colored students more than white students.

Such biases are apparent due to the ongoing effects of institutional racism. The normalcy of racism in our society resulted in the development of stereotypes.

“Eighth grade was an extremely frustrating time for me. I was of the small percentage of Asian students at my middle school, and I never really thought I fit in,” said Katherine Ni, a current graduate of The University of New York (NYU). “I was never necessarily great at math, which went against the Asian stereotypes. My teacher would often call on me and blatantly critique me. Once when I got a problem wrong, he even said, ‘You’re supposed to be good at this,’ referring to my Chinese heritage.”

These instances of implicit bias are not uncommon. According to an Ohio State study, implicit biases cause people to hold unfavorable attitudes and feelings towards others based on their race. Although such subconscious beliefs may seem harmless, they have a significant influence on minorities that later hinder their ability to succeed.

The institutionalized stereotype that men will prevail over women has spread beyond the depths of just a societal idea and into the U.S. educational system.

Despite the notion that there should be no differentiation between the curriculums for women and men, the marginalization of women in education is startling.

In Still Failing at Fairness, former professors Myra and David Sadkers describe the urgent and continuous conflicts within the educational gender gap. The award-winning authors relentlessly advocate for gender equality in schools by informing the public of the alarmingly high inequalities present in the school system.

“Upon entering school, girls perform equal to or better than boys on nearly every measure of achievement,” they wrote. “But by the time they graduate high school or college, they have fallen behind.”

This leads many to conclude that there must be a discrepancy within a supposedly equal education system, raising concerns of any educational environment. Gender doesn’t cause educational gaps. However, it can carry significant weight in college acceptances, denying qualified applicants admission based simply on their sex.

According to a survey conducted by Inside Higher Ed, colleges may choose to admit lower qualified male students over more qualified female students to preserve a gender balance on campus.

Although gender bias in the educational system is not exclusively against females, female students are more frequently subject to discrimination. Consequently, colleges have become more lenient toward male students.

Gender bias issues cannot be ignored when they are a widespread problem throughout the world. Many deserving students have their supposedly protected rights stripped away, intensifying the need to fix the U.S. educational system’s current status.

Whether it is physical or mental, the difficulties that arise with any disability are a continuous battle.

There are protections in place to ensure that those with disabilities are not discriminated against in any school setting, but disability prejudice presents itself in many different forms.

Simple changes in seating and deadlines can be practical to combatting the discrimination students with disabilities face. But the unwillingness of school administrations to even entertain the idea of providing necessary accommodations is disheartening.

Stella Smith* has endured numerous mental disability discriminations, in which the critical adjustments to accommodate her anxiety and depression were not correctly administered.

“I already feel super vulnerable telling my teachers when I’m struggling with my mental state,” Smith said, “So when they’re aware of my disability and still tell me I have to get all of the assignments in, it’s super frustrating.”

According to the United Nations, 90% of children with disabilities do not attend school. Given the staggeringly high statistic, it can be inferred that school environments are not equipped with the required resources to help them succeed. The expectation of reaching the same educational standards as non-disabled students is an unreasonable demand.

Giving support for those with disabilities can change how well they adapt to specific situations, especially in any school setting.

The stress of having to combat a disability and the pressure to succeed in school further adds to the constant struggles that those with disabilities already face, making their problems immensely more significant.

Education is the most powerful weapon which you can use to change the world.”

“Although I’ve faced hardships within the classroom, I hope to see a better future for everyone, filled with equality; without the normality of discrimination,” Smith said.

*This source’s name has been changed due to the sensitive nature of the topic and is in accordance with Carlmont Media’s Anonymous Sourcing Policy. 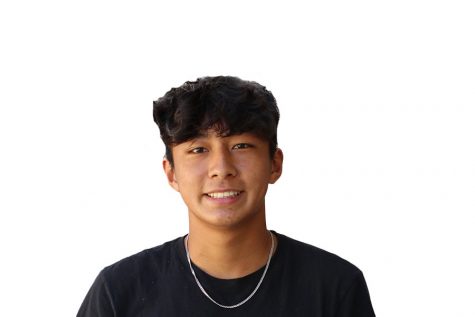 Austin Li, Staff Writer
Austin Li is a junior attending Carlmont High School. This is his second year in the journalism program and his first year as a Highlander editor. Austin also plays varsity football for Carlmont and runs track and field. He dreams of working in the business field and is currently working on his own company with friends. 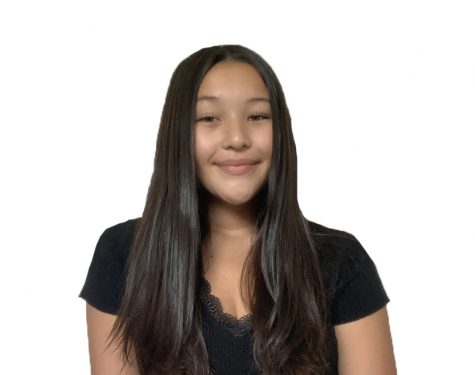 Samantha Kosman, Staff Writer
Samantha Kosman is a sophomore at Carlmont High School and this is her first year in journalism. In addition to her interest in journalism, she is a youth activist and is very passionate about politics.