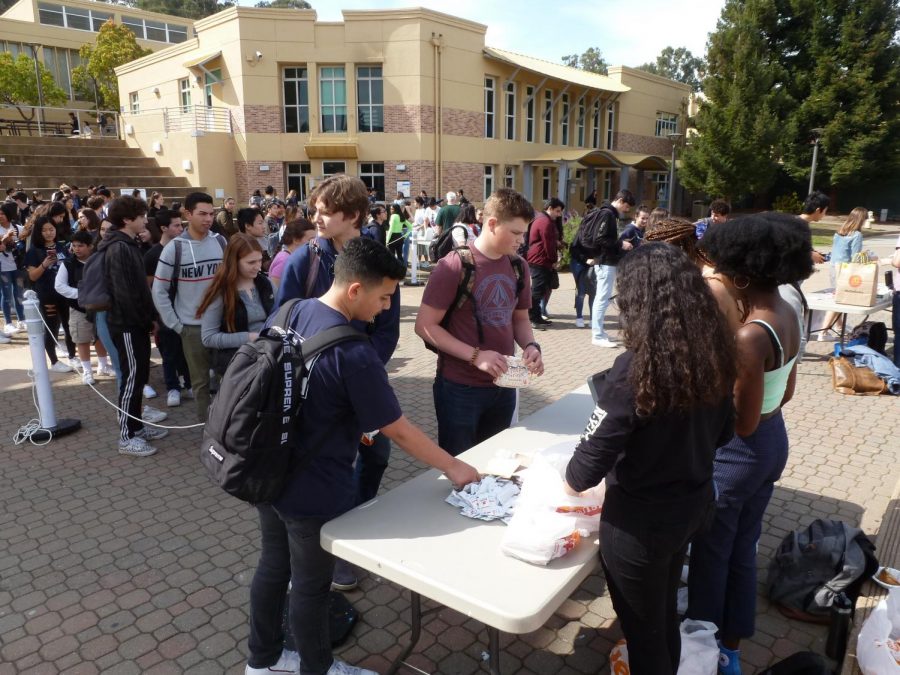 Students wait in long lines to buy food at the Heritage Week’s food sale, which is designed to showcase various ethnic foods. “It’s an extension of the Heritage Fair assembly, so clubs can show off their heritage through food,” Choudhary said.

To wrap up Carlmont’s Heritage Week, clubs set up booths in the quad to sell foods from various cultures and raise funds for next year’s fair.

“Following the Heritage Fair, this is a chance for clubs to really show off their heritage through the food that they’re selling and to fundraise for their clubs so that they have the means to run their clubs throughout the year,” said Neha Choudhary, co-supervisor of the Clubs and Culture Commission in the Associated Student Body (ASB).

The sale, that concludes Carlmont’s Heritage Week, lets students try different foods and also allows clubs to raise funds for the various expenses related to the Heritage Fair. Among the clubs selling food was Swing Club, which sold McDonald’s to celebrate their American heritage.

According to Matias Pollan, co-president of the Swing Club, they hold the booth for various reasons.

“We get a lot of people who want to join next year from running the booth,” Pollan said. “Also, we make some money that we use to buy costumes for next year so we can look uniform in the performance.”

This year, only six clubs were selling food, a huge decrease in the number from last year, according to Choudhary.

“There are fewer clubs here, but I think that’s because we didn’t just want to say it’s a food sale. We wanted to emphasize that it’s about heritage,” Choudhary said. “Usually, clubs would just sell Tpumps or something like that, which is more just for the sales, and this year, they wanted to change that.”

Choudhary thinks that these changes are good for Heritage Week since she wants to prioritize the cultural aspect of the sale.

“Even though there are fewer clubs selling, I think the quality of the event is going to be better,” Choudhary said.

Whether or not the message falls flat on students is up for debate, though, as many students only seem to view it as an alternative to the cafeteria food.

“It’s cool that you can try a bunch of different things, but, for me at least, it’s just, ‘Oh, it’s better food than the cafeteria,'” said Kelyan Taylor, a senior. 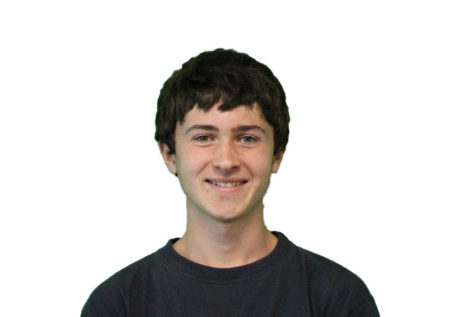