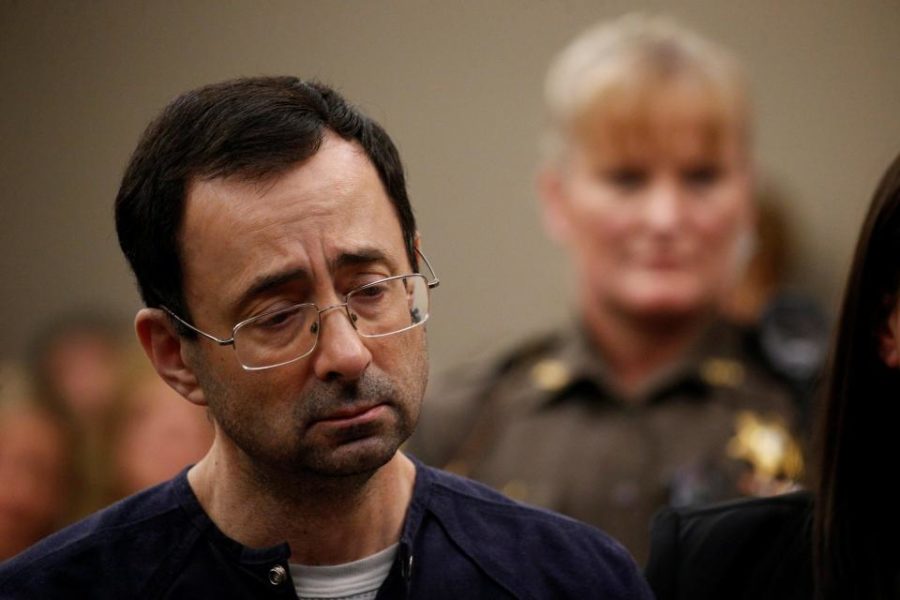 Larry Nassar getting sentenced to 40 to 175 years in prison by Judge Rosemarie Aquilina.

That’s how many years Larry Nassar could be in prison.

It’s justice served.  The 150-plus women and girls who he made sexual assault victims have received justice. Right?

Yes, this molester is locked up until he dies, but where is the accountability for the potentially hundreds of people part of the organizations Nassar worked for? They are the enablers; they played a role.

Nassar worked for Michigan State University (MSU), USA Gymnastics, and the U.S. Olympic Committee (USOC) as a doctor and the Medical Coordinator.

According to CNN,  Nassar started working for MSU in 1997. That was 20 years ago. Nobody had the integrity to stop him for two decades.

Regular medical “treatment” was required for the gymnasts training at each of these three organizations — it was practically forced on them.

Aly Raisman is an Olympic medalist and former patient of Nassar.

Speaking directly to Nassar in her testimony, Raisman said, “I don’t want you to be there, but I don’t have a choice. Treatments with you were mandatory. You took advantage of that. You even told on us if we didn’t want to be treated by you, knowing full well the troubles that would cause for us.”

It’s not as if the victims did not come forward.

“Over those 20 years when survivors came forward, adult after adult, many in positions of authority protected you, telling each survivor it was okay, that you weren’t abusing them,” Raisman said.

Nassar convinced these girls that his actions had medical purposes, manipulating their memories. Even worse than this, the involved organizations and their authorities swept the issue under the rug when it was brought to their attention.

“When the brave women who started speaking out back then, more than a year after the USOC says they knew about Nassar, they were dismissed. At the 2016 Olympic games, the president of the USOC said that the USOC would not conduct an investigation and even defended USA Gymnastics,” Raisman said.

My dream is that one day everyone…will be educated and able to protect themselves from predators like Larry, so that they will never, ever, ever have to say the words, ‘me too.’”

McKayla Maroney recently came out about her abuse, yet she was initially silenced by USA Gymnastics.

According to CNN, “Maroney’s statement comes despite a confidentiality agreement she signed as part of a $1.25 million settlement with USA Gymnastics. USA Gymnastics said it would not enforce the $100,000 fine it could have imposed on Maroney for speaking out about the abuse.”

Other victims also presented claims that they had reported Nassar’s behavior, and all were shut down.

Amanda Thomashow was an MSU student who had been a patient of Nassar.

“I reported it. Michigan State University, the school I loved and trusted, had the audacity to tell me that I did not understand the difference between sexual assault and a medical procedure,” Thomashow said.

Army of survivors who are NOT going anywhere ?? pic.twitter.com/HIJMw5cwgE

MSU’s president, Lou Anna Simon, and USA Gymnastics did release statements acknowledging the strength of the women who came forward, but that’s not nearly enough. It’s not enough considering that both organizations likely knew about this abuse for over 20 years.

According to the New York Times, her resignation came with pure denial of having any role in Nassar’s scandal, and said she is stepping down because it’s “time for a change.”

The New York Times wrote, “…she found herself accused of trying to cover up Nassar’s crimes and putting the Big Ten school’s reputation before the suffering of more than 150 girls and women who say Nassar violated them.”

Simon’s resignation is a small step forward.  And now, the work to figure out how this went on for 20 years without a conviction continues.

“If we are to believe in change, we must first understand the problem and everything that contributed to it. We need an independent investigation of exactly what happened, what went wrong and how it can be avoided for the future,” Raisman said.

The more than 150 women who testified at Nassar’s trial have created a platform for assault victims around the world to hopefully speak up about their abuser. Maybe some will remain quiet for now, but not for long.

Kyle Stephens, a former family-friend of Nassar’s who was assaulted starting at the age of six, said, “Perhaps you have figured it out by now, but little girls don’t stay little forever. They grow into strong women that return to destroy your world.”

But, it takes more than victims speaking up.

Women and men everywhere: educate yourselves, and learn that some things are never, ever okay. If you have been sexually assaulted, witnessed it, or have knowledge of someone being abused, speak up, because no abuser deserves to go unexposed.

Raisman said, “My dream is that one day, everyone will know what the words ‘me too’ signify but they will be educated and able to protect themselves from predators like Larry so that they will never, ever, ever have to say the words, ‘me too.’” 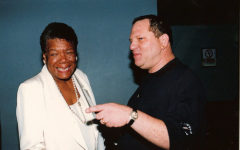 The predator is victimized even in 2017 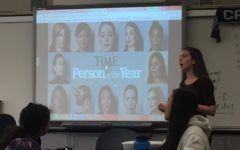 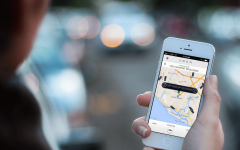