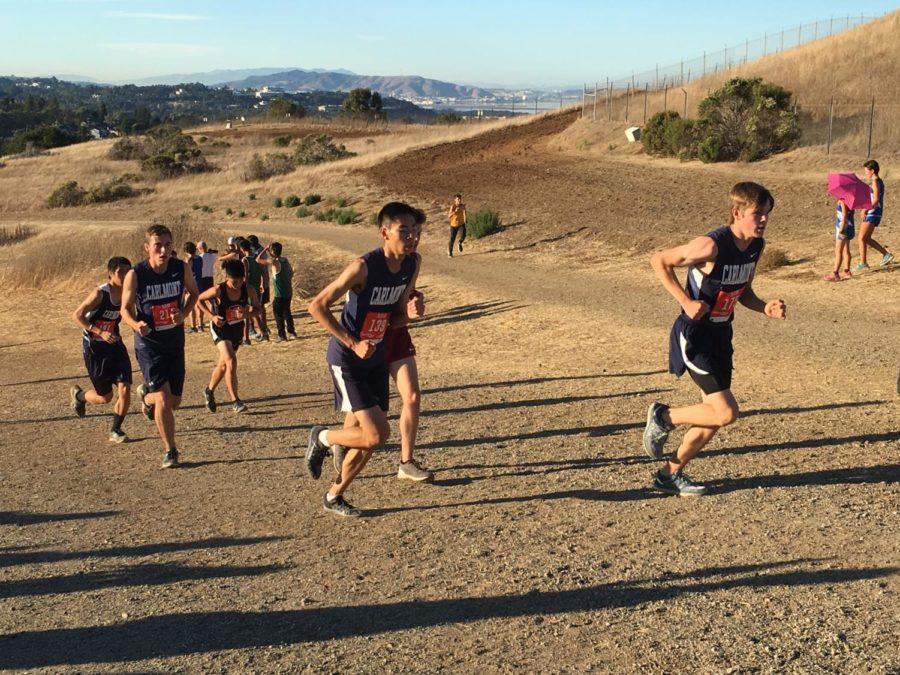 Caleb Ahn and Sam Holbrook, both juniors, make their way up the first hill at the Crystal Springs Course.

The teams left school at 1:20 p.m. with the first races beginning at 2:30 p.m. for boys varsity. Boys’ junior varsity’s race began at 4:56 p.m. giving them more then enough time to warm up and stretch before their race.

So far this year, the Carlmont boys’ junior varsity team has done average compared to other teams, coming in 13th place at their last meet at the Crystal Springs 2017 Invitational.

The team was excited coming in to the race, but was aware that they should take it easy because their next meet is the PAL championship race where both Carlmont varsity teams have a chance at qualifying for states.

“The main team mindset was to not run too hard because of the heat and also because our next meet is the championship, so we should rest up for that,” said Forrest Windeler, a junior. “We still want to race well and show how good we as a team can be.”

Carlmont came out strong at the beginning of the race and raced in two main groups. This helped them keep a steady pace throughout the whole race. By the time the race was over, everyone was in good spirits knowing they had done well.

“This was one of our better meets with everyone on the team racing really well,” said Caleb Ahn, a junior. “For the next race I think we will stay in one group instead of two, so we can pace each other better and so we all place higher. But, besides that, I think we all did great.”

Strategy was important in this meet as the heat made the team take a slightly different approach.

“Our motto for this meet was to run smart because of the heat and to make the race be about place, not time,” said Head Coach John Lilygren. “It was also on what we consider to be our home course, which gave us an advantage because we run these hills all the time.”

Overall, Carlmont placed third for boys junior varsity sending them home with good morale. Carlmont’s next meet is also at Crystal Springs Cross Country Trail but is also their most important race of the season, the PAL championships. 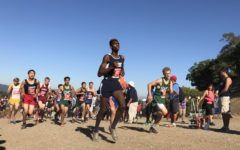 JV cross country holds their own at Crystal Springs competition 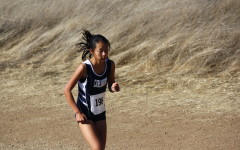 Cross country makes late push for a spot in CCS 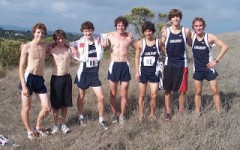 Cross country stretches out for the season