March for Our Lives 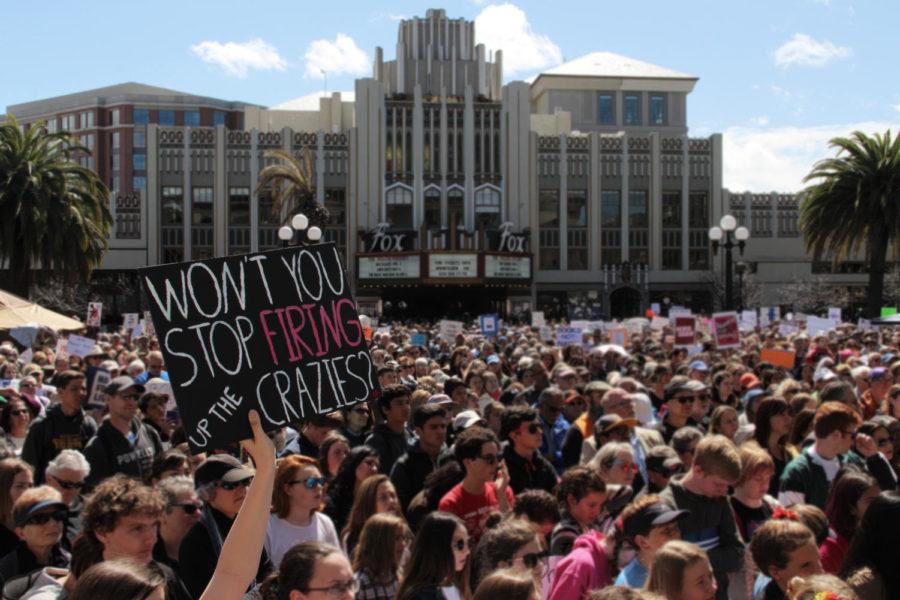 People of all ages, ethnicities, and political ideologies gathered together in front of Redwood City Courthouse to demand greater gun control legislation.

One such movement that uses social media to its advantage is the youth-led March for Our Lives, which aims to reduce and eventually eliminate gun violence across the United States. The organization intends to implement its C.H.A.N.G.E. peace plan. Parts of the plan include halving the number of gun deaths in 10 years and changing the requirements for owning guns.

“I think being able to utilize social media has been a blessing,” said Jessica Riestra, one of the co-directors in March for Our Lives California. “[Social media] also has repercussions when it comes to the activism world, but for the most part, we’ve been able to reach out to more people.”

I truly believe young people are the change-makers of this generation.”

Although March for Our Lives still has a long way to go, Riestra believes that as more youth reach voting age, more progress will be made.

“I truly believe young people are the change-makers of this generation,” Riestra said. “With everything that is happening, we don’t necessarily know where we’re going, but it’s just based on the decisions that we’re making, and we’re changing that.”

While March for Our Lives has the potential to succeed in part because of its support among the youth, it also has the focused goals that Gray said can help a movement succeed. Within its C.H.A.N.G.E. plan, it has specific aims that the movement can accomplish individually. Some of them involve talking to politicians to create new laws, while other goals incoorporate spreading the message to the youth.

Even when fighting against gun violence, the members of March for Our Lives support one another through the challenges.

“We have a humanistic approach that we all empathize, and we’re all here for one another in these times of need,” Riestra said. “At the same time, it also brings up the activism approach. Even though [the Santa Clarita shooting] was a horrifying event, it’s not going to stop people from being able to take action.”