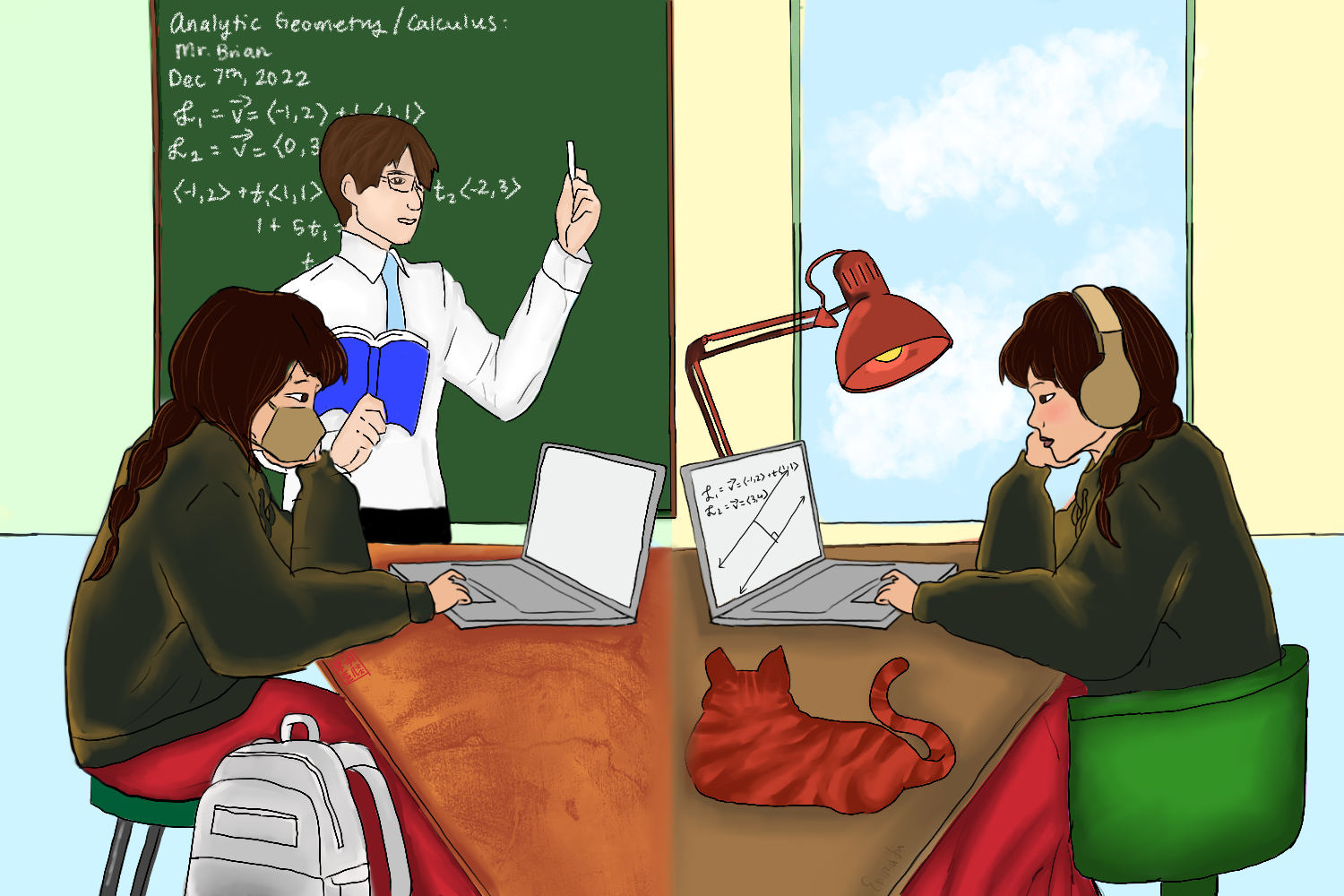 According to Dr. Kemi Oguntala, the ability to thrive in an online environment depends entirely on the individual. (Emma Yin)

According to Dr. Kemi Oguntala, the ability to thrive in an online environment depends entirely on the individual.

Zoom. Canvas. Google Classroom. These apps are synonymous with the days  where everyone had to learn through a computer. While some want to leave these memories in the past, others have found ways to continue learning online or integrate them into their daily lives.

Through the COVID-19 pandemic, students and teachers have found the limitations and strengths of online learning.  Even as some parts of distance learning get left behind, others will continue to grow in effectiveness and prevalence.

For many people, the 2020 pandemic was their first taste of full-time online learning. Teachers had to scramble to find a curriculum for online classes.

“It was a lot harder to have organic conversations where you can call on kids quickly,” said Andrew Ramroth, a math teacher at Carlmont. “Especially when the student on the other end said they were having technical issues, which many did. So now that kids are just a black box, it’s a lot harder to keep in touch with them.”

Ramroth found that the interaction between students and teachers became less frequent, but he places importance on these conversations to help his students learn.

According to a study by Frontiers in Psychology, student-teacher interactions positively helped students learn through the effect of engagement and the psychological atmosphere.

“The number of conversations you have with individual students just goes way down. I found there’s a lot more friction to getting a conversation started with a student, so that was the biggest challenge. The conversation is about getting to know students so that you’ve got a better relationship and improved learning. It’s also being able to check in and how students are doing and seeing what questions they have,” Ramroth said.

Some concepts are more challenging to learn than others online. Online learning websites like Khan Academy often offer plenty of material for math but very little for the humanities.

The number of conversations you have with individual students just goes way down. I found there’s a lot more friction to getting a conversation started with a student, so that was the biggest challenge I had.”

“In online learning, the subjects are more objective like math and science, whereas the more subjective classes like English are harder to learn because they require much more communication,” said junior Paul Zhou.

Despite the initial struggles though, students often found online learning very convenient, as they did not need to face the commute.

“You can do online learning anywhere from home instead of going to a classroom. Additionally, if you miss any classes, you can go back to online lectures and look at those,” Zhou said. “I would prefer to have all my classes online so I can have a decent sleep schedule because it’s just more convenient. In-person learning forces me to get up earlier, and I’m not a morning person.”

In addition, some kinds found online learning more enjoyable than in-person learning. According to Pew Research, 27% of teens surveyed said they would prefer an entirely online or hybrid learning environment.

“There was a subset of kids who liked independent learning. They were like, I really thrive in this kind of environment, and I don’t need a teacher on me every two minutes and I don’t need my parents to tell me what to get done and all this stuff,” said Dr. Kemi Oguntala, an adolescent medicine doctor at Kaiser Daly City.

On the teacher’s end though, keeping track of how students were doing became increasingly difficult.

According to a study by Frank Castelli and Mark Sarvary, 41% of students had their cameras off because they were concerned about their appearance. In addition, other concerns stemmed from what was behind a student’s camera and not wanting to be seen walking away from the computer or being distracted. This prevented teachers from seeing what students were focusing on.

The majority prefers the traditional way of learning.

“I prefer in-person learning a million times more than online for me as a teacher. That year was pretty miserable. I didn’t enjoy my job nearly as much as I enjoy it when I’m in person,” Ramroth said.

The pandemic left everyone alone with their families, only being able to communicate and learn online. This isolation took a mental toll on people.

According to the World Health Organization, the pandemic resulted in a 25% increase in anxiety. Furthermore, social isolation led to unprecedented stress and constraint on people’s ability to work and be productive.

Excessive online learning can also cause zoom fatigue, which is stress and exhaustion from learning online for an extended time, according to the Kentucky Counseling Center. It can be harder to focus and concentrate on learning when not in a traditional classroom.

“In most severe cases, they’re not even there. They’re just an empty black box. You have no idea where they are, so I found that pretty difficult during online learning,” Ramroth said.

In addition, many students use school to socialize and make friends but that option was taken away with online learning.

“For kids who use socializing to numb loneliness or feelings of not being good enough because they don’t have connections to people, they did not do well at all. And so, for those kids, it was a lot harder to go back to because they didn’t know who they were to begin with. They didn’t know who to be for each group, which made them incredibly anxious about going back, so it was not good for that group at all,” Oguntala said.

“People who had issues with family members or got a break by going to school didn’t like online learning much. So what ended up happening was their anxiety increased because now they are around people who created a lot of their anxiety most of the time. And so that was not a good combination,” Oguntala said.

Even with a widespread increase in mental health symptoms, some kids’ mental health thrived because of the social situations they enjoyed being in.

However, some kids were fine regarding mental health. With the internet and social media, people were able to still connect and talk with each other in various forms.

“Online learning didn’t affect my mental health, and it didn’t adversely affect me. I was fine socially,” Zhou said.

Every student had a different experience based on their personality.

“It really depends on the kid. It can’t be that we would never be able to make a blanket statement like that because all the kids are different,” Oguntala said.

A host of new opportunities

As the internet expands, so will the options for online learning post-pandemic. Students can now take advantage of options outside of the traditional school system.

Thousands of new websites are being created to supplement education. With these websites, students and teachers can learn extra material independently.

“I use websites as extra resources. I got my materials, and then beyond that, I also provide links to good Khan Academy videos and lots of other good math videos out there that they can use as additional resources on YouTube,” Ramroth said.

Another website people often utilize is YouTube; video tutorials showing how to master skills provide students and teachers with another learning tool in and out of the classroom.

“All of my YouTube videos that I made during distance learning, I also provide to students so they can still see those. In addition, random math teachers online on YouTube have good videos and practice problems,” Ramroth said.

With access to teachers through the internet, students can learn through online homeschooling. In addition to using popular websites such as Khan Academy, homeschooled students can also get one-on-one attention.

“I think online homeschooling is good for an internally motivated kid who can do school for themselves, and really, they’re not doing school for parents, although I do understand that homeschooling has a lot of especially religious control involved with it and other types of family values involved,” Oguntala said.

Not only has online learning created opportunities for high school students but also for colleges. According to onlineschooling.org, the University of Phoenix offered the first online degrees in 1989. In 1993, Jones International University became the first university that operated entirely online.

Nowadays, 93% of colleges with a campus also offer online material. Most of these colleges expect online learning at the college level to grow.

Ultimately, the options learners of all ages will be able to take advantage of these newfound opportunities, but it also depends on the student and that student’s learning style.

“If a kid was able to be fairly independent with the schoolwork, that’s the kind of kid who could do it at home and be okay. If they need their parents a lot for help or are not internally motivated, they need somebody to help them do the work. Sometimes, the school structure helps a little bit better, Oguntala said.

The future of online learning

Though online learning will never be as prevalent as in 2020, people still find new and innovative teaching methods with online tools.

Some aspects of online learning have carried over to traditional education. Teachers like Ramroth found some online learning processes quite helpful and are now continuing to implement them during in-person learning.

“I like submitting homework online. I used to take piles of paper at home, so being able to submit the picture on a canvas is something I still do with my students. Making sure all of my information is provided somewhere online so that when kids are still out with COVID-19, they have the same access as other kids. So that’s two areas that are carried over,” Ramroth said.

According to the University of Central Florida, the online learning market is projected to reach $325 billion by 2025. With this expansion will come new technology, as the university predicts augmented and virtual learning will be implemented into online learning.

As parts of online learning stick and others go, people like Oguntala hope the future holds new and different opportunities for students who choose to learn online.

“I hope we’d get to a point where we could take advantage of international schools, and that would be the extension of online learning that you’d be able to take in high school. If you wanted to learn Korean or Dutch, you’d be able to take an online Dutch high school and learn the language that way and learn the culture from your home.” Oguntala said. 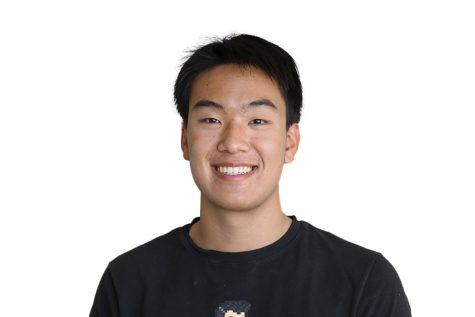 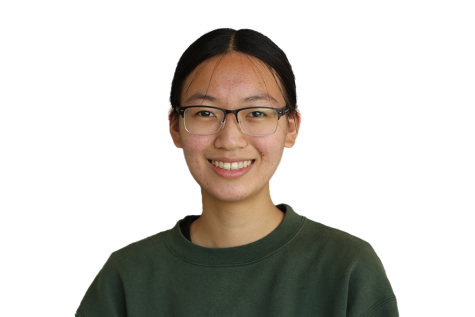 Emma Yin, Staff Writer
Emma Yin is a junior at Carlmont High School. This is her second year in the journalism program. She is interested in politics and dabbling in local news. Her interests also include music and art. Follow her on Twitter @EmmaYin16. 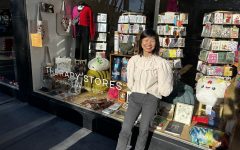 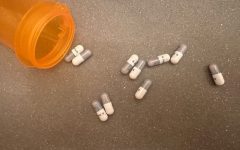 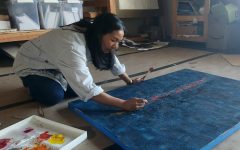 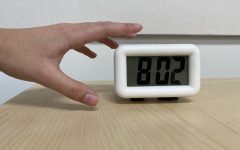 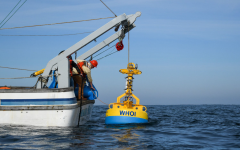 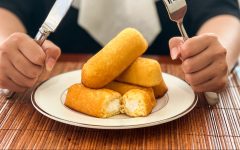 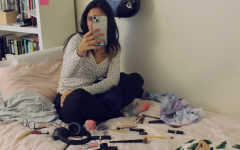