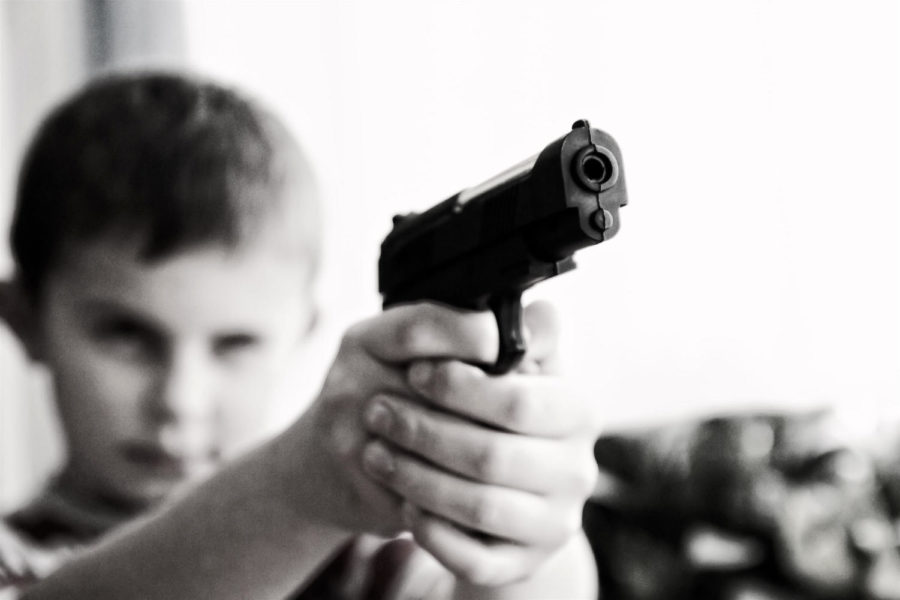 There is no law that keeps guns out of the hands of children.

In California, along with 30 other states, there is no age minimum on who can own a long gun. You could hand your toddler a rifle if you felt so inclined.

In most states, the only steps to obtaining a gun are a background check to confirm that you are not a felon and proof that you are a U.S. citizen. Additionally, some states have a 10-day waiting period between buying the gun and actually receiving it.

Despite these few hurdles put in place with the goal of keeping guns out of violent hands, there were 38,658 firearm-related deaths in 2018 alone, according to the Centers for Disease Control and Prevention.

In many instances of gun violence, there were warning signs that were overlooked.

In the 1999 Columbine High School massacre, both of the shooters displayed clear signs that they had the potential to do something of such caliber.

Dylan Klebold, one of the shooters, showed signs of depression, had a felony arrest, and even detailed a plan for a massacre in an English paper, which was shown to his parents and then ignored. The other shooter, Eric Harris, was getting treatment for depression, and his parents knew about at least one of the pipe bombs he was making well before the incident.

Had any of these warning signs prompted the school or the parents to take action and seek help before it was too late, 13 people might not have died, and another 24 could have come home from school safe and uninjured.

The shooters came into the school with four guns including an assault pistol, a carbine, and two shotguns. They were obtained through a friend who bought them through unlicensed sellers at a gun show.

First of all, because the guns were sold by unlicensed sellers, it is likely that they did not perform background checks as they are not required by law for private sellers at gun shows. The guns were also bought for someone else, constituting an illegal “straw purchase” which may have been prevented had the guns been purchased through a licensed dealer.

It’s easy to say that we should just get rid of all the guns and eliminate the problem altogether. But people find a way to enact violence against others with or without a gun.

A gun is just a shortcut.

There need to be more restrictions on who can buy what firearms and how old they have to be. That includes consistent background checks, stricter rules regarding age, and the abolition of gun shows because of the convenient “loophole” they provide.

People who support the freedom to own guns often claim their reasoning to be for self-defense purposes. In fact, the Pew Research Center reports that 48% of gun owners say they have a gun for self-defense.

The average person will likely never be in a situation where the use of a gun for self-defense is necessary, but every day, people are faced with situations where they have the chance to use a gun inappropriately; they might get scared, angry, or emotional and decide to act out in a dangerous way.

An analysis by Harvard University of figures from the National Crime Victimization Survey shows that guns are used for self-defense in fewer than 1% of contact crimes. I would say that that is not enough of a percentage to justify widespread gun ownership and that, if a weapon is truly necessary for self-defense, there are other much less dangerous solutions.