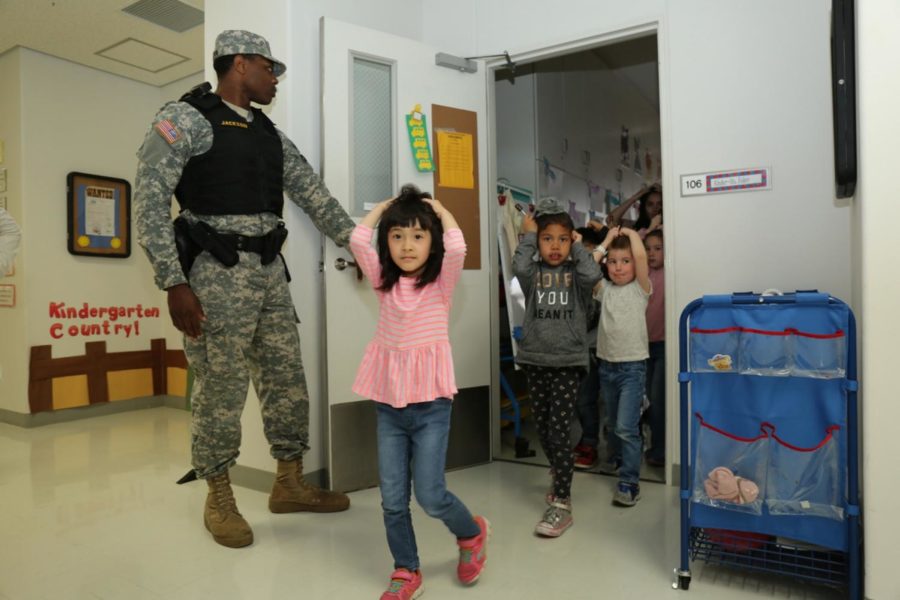 Guns are not toys. They are not to be waved around on Instagram or held up on Snapchat while teenagers mouth the lyrics to their favorite song.

Guns are dangerous. According to data from the Centers for Disease Control and Prevention, the number of gun-related deaths in the United States has reached an all-time high since 1998 and accounts for nearly 40,000 deaths annually.

Citizens should not be allowed to obtain any sort of automatic or semi-automatic rifle, and they should only be allowed to own a gun if they have multiple background checks, extend the waiting period, and owners agree to keep guns disassembled and locked away in gun safes.

The AR-15, a semi-automatic weapon that gun supporters argue is necessary for their safety, is really a military grade weapon that has been used to commit every mass shooting in the U.S. since the 2012 Aurora shooting in a Colorado movie theater, according to Snopes.

If that is not disturbing enough, most people can legally buy an AR-15 before they can buy alcohol. While the legal age to buy alcohol is 21, people can buy assault rifles at just 18 years old. In June 2016, soon after a gunman killed 49 people at a nightclub in Orlando, a reporter from the Huffington Post purchased an AR-15 in just 38 minutes.

In other countries, getting guns is not so easy.

Compare America’s gun laws to those of the United Kingdom’s. According to a BBC news article, their government banned semi-automatic firearms and private ownership of handguns, and they passed a law that required shotgun owners to register their weapons. With a population of 56 million, Britain and Wales have about 50-60 gun deaths per year, clearly benefiting from the increase of regulations. This is compared to the more lenient American laws which yield more than 160 times as many gun-related homicides.

While some argue that any type of gun, including military weaponry, is not only under the protection of the Second Amendment but also a symbol of American freedom, times have changed.

The Second Amendment was written in 1791 when semi-automatic rifles did not even exist. When James Madison proposed “The right of people to keep and bear arms,” he likely did not intend for people to own semi-automatic weapons that spit out hundreds of bullets every minute.

Of course, there are clear reasons why gun supporters believe they are justified in owning a semi-automatic gun. The safety of an individual and that individual’s family comes first. Yet, if someone thinks that they need so much firepower for home protection, then that is severe paranoia that a gun won’t protect anyone from.

AR-15s are meant to kill. They are not something someone should have in their house lying around.

Nikolas Cruz, the teenager who shot up Stoneman Douglas High School in Florida last year, killed 17 people with an AR-15.

The 19-year old had been expelled from school, posted pictures of guns on social media, made threats, got into fights, went to a mental health facility, and yet was able to a pass a background check with flying colors, thus acquiring a legal AR-15 three miles away from his house.

People need to be investigated deeply, and they must consent to more than one background check before they should be able to own any sort of gun. If mentally ill or violent people can pass a background check, then more precise methods of vetting need to be developed. According to the Quinnipiac University National Poll, those in favor of stricter gun legislation outnumber those opposed by a measure of more than two-to-one.

There also needs to be a longer waiting period before anyone should have access to guns. According to the most recent data from the Centers for Disease Control and Prevention, a waiting period law is a “mandatory delay between the purchase and delivery of a gun” in which the gun owner must wait two to seven days before receiving the firearm. If violent or mentally ill individuals can get around this law then there needs to be a better process.

This is a safety precaution to make sure that people cannot get a gun and kill others on an angry impulse.

Omar Mateen got his guns about a week before he killed 49 people and wounded 53 others inside Pulse, the gay nightclub in Orlando, Florida. His attack was triggered by the killing of Abu Waheeb in Iraq the previous month. If Florida’s waiting law had prevented Mateen from getting his guns so shortly after he bought them then the attack would probably not have happened.

One could argue that cars kill people, too; not just guns. So should the government ban cars too?

First of all, to even get behind a steering wheel, someone has to take a written permit test and practice driving with an adult for six months before they can even drive alone. Then they are forced to wait one year before they can drive any other minors.

To obtain a driving license, there are tests in every department imaginable to ensure the safest usage of a vehicle. Eye exams, knowledge quizzes, and tests administered by professionals to be able to assess accurately the ability of one’s driving. All of these things contribute to the safety of the roads and the safety of the community. Guns don’t require an eye test; nor do they require a knowledge exam, and they definitely do not require a professional to assess the capability of an individual to handle the responsibility of such a dangerous weapon.

Cars are not meant to kill, and yet the laws surrounding cars are stricter than gun laws.

Yes, guns are tied to one’s sense of personal freedom and safety, but imagine how “safe” students feel at school.

Five-year-olds. Sitting in a classroom, thinking not about math but where the best hiding place would be in case a gunman came through the door.

That is the reality of millions of students who live in fear that a shooter is going to enter their school. Students should not be afraid of a place that they are forced to go to in order to get an education.

The number of times we have been asked to send our prayers to the victims of a school shooting are countless. The increasing number of gun-related deaths that occur on the news almost every week and the fear we feel for our own lives needs to stop.

No one should have to live in a world where they dread being a victim of gun violence. Stricter gun regulations, deeper background checks, and the banishment of semi-automatic weapons would be the first step in preventing mass shootings and protecting the safety and best interests of the people.