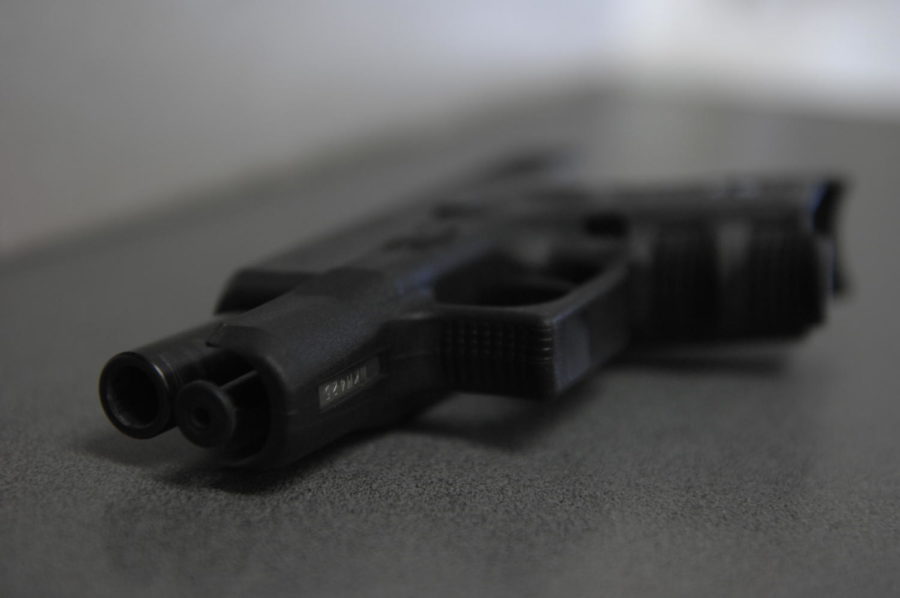 Politics must be set aside so that a solution to gun violence can be discovered through research.

Opinion: Gun violence should be addressed through research

Parkland was a year ago.

Sandy Hook was more than six.

Schools do not seem any safer. Nowhere does.

Lockdown drills always get us out of class for ten minutes, but still, for most Americans, it is just a waiting game, hoping they are not in the next unlucky group to be involved in a mass shooting.

Politicians on the news say we need more gun control laws and others stand behind the second amendment like a force field, knowing their guns are protected and the government is too unfocused to take them away.

And taking guns away would only ensure a rise in the trade of illegal firearms, hopeless to identify and hopeless to regulate.

It seems as though nobody has presented an accurate means of preventing gun violence. Despite common belief, it is not a division of two extremes that is to blame, but rather our lack of research.

Right now, the opioid epidemic is a national issue. Men and women are ruining their lives or accidentally overdosing. The national consensus is that more research is needed.

Simultaneously, gun violence is a national issue. People are taking each others’ lives as well as their own. However, there is no national consensus, just two sides yelling at each other with zero compromises.

The fact is guns are here. Americans need to stop mindlessly arguing because it has not gotten us anywhere. Instead, America should see gun violence for what it is: a public health issue.

In order to solve this gun violence epidemic, it is necessary that research be done to learn the causes, characteristics, and solutions for gun violence.

Luckily, gun violence research can finally be done, but it has not always been possible.

In 1996, the National Rifle Association (NRA) lobbied to stop gun violence research. They feared any negative claims and alleged that the Center for Disease Control and Prevention (CDC) handpicked biased evidence that was pro-gun control. Congress eventually gave in and put forth a bill prohibiting the CDC’s research into gun violence. The bill was fittingly called the Dickey Amendment.

Congress’s lack of a backbone meant that for more than two decades, all gun violence research had to be done by private companies or by state governments.

Zero federal research is not ideal when attempting to solve a public health crisis like gun violence.

In 2019, this is no longer the case thanks to a law signed by President Trump in March of 2018 which states the Dickey Amendment does not restrict the CDC’s research of gun violence.

Yet, gun violence research is not yet here, and it is mostly a result of a lack of federal and state funding.

The lack of funding is still a result of NRA lobbying and fear of gun control. However, this issue should no longer be about the fear that guns will be taken away. At its core, this issue is about saving lives.

Saving lives is not something done by politicians, but rather by scientists — scientists who have the resources to discover remedies and cures for gun violence, and maybe even keep the guns.

Scientist researched car safety in the ‘80s and ‘90s, where they presented data to Congress that created seatbelt laws and airbags. Car safety research saved lives, and we did not have to get rid of the cars. As a result, the death rate in motor vehicles is less than half of what it was in the early ‘70s.

Science is our best bet at solving this problem, and there needs to be more funding for gun violence research if America is to have any hope of solving this public health crisis.

At the end of the day, people are dying. For once, the politics need to be set aside and the best solution has to be found to protect lives.

The best solution can only be found through research.