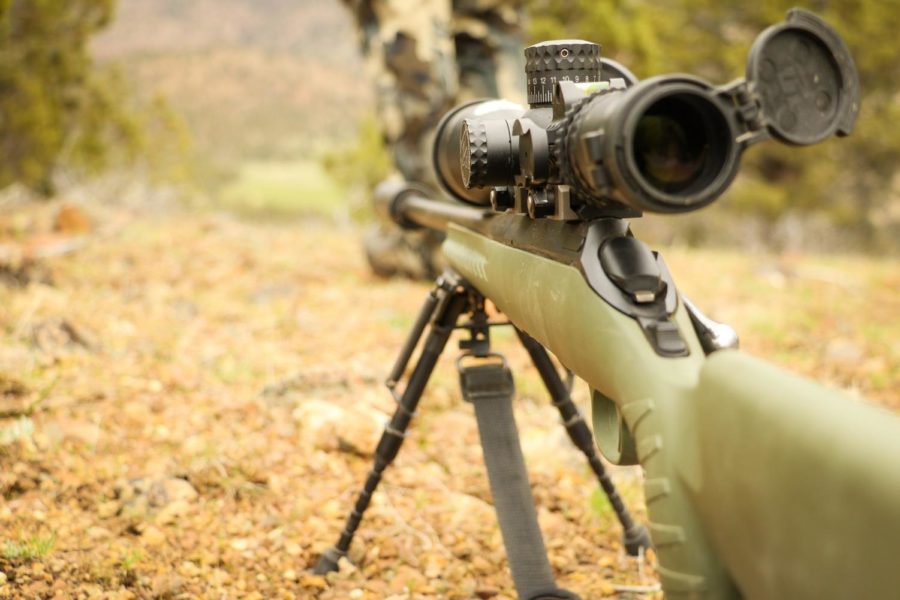 Many people defend gun ownership because of its association with hunting for sport.

Legal firearm regulation in America must be improved, but the right to individual ownership of firearms must also never be wholly compromised or banned. Firearm ownership is too significant to many in America to be outright banned. But with practical gun control solutions, gun violence and death can be practically reduced.

So why not just ban all guns? Well, the benefits simply don’t outweigh the cost.

Firstly, what’s the cost? I’d say the loss of gun culture. And I know that many who oppose this idea don’t see this as a positive culture.

But what if it is?

Take the sport of hunting, for example. Obviously, this isn’t as common in our local Bay Area bubble, but that doesn’t mean there aren’t thousands of families across America who pass on these age-old traditions of hunting from generation to generation. In addition, there are those that practically bring food home from hunting.

And that’s just one purpose for firearm ownership in a myriad of others. Some claim self-defense. Some are passionate about shooting and its related sports. Some just like collecting guns. Many of these people are just normal Americans, united by a belief in their enduring constitutional right to bear arms, through passion or practical purpose.

But the gun control discussion almost never considers the thoughts and judgments of gun owners. Not even ones that aren’t members of the far-right National Rifle Association (NRA), of which only 19% of the three in one American adults who own guns are part of.

The debate almost always centers around Americans that support gun control or that stand moderately on a middle ground, instead of the ones that naturally should know a lot about the topic — the actual gun owners. Are we supposed to believe that all gun owners are irrational and untrustworthy and that we should legally confiscate this property of theirs without considering them?

Even if we don’t, the question then is this: would a gun ban be more effective than stricter gun regulation?

No, it wouldn’t. People, especially criminals, will always find ways to get past laws and obtain firearms through illegal means, not to mention that mass killings can still be carried out without firearms.

Knife crimes and deaths in the U.K. are hitting record highs. Also, China, infamous for its excessively strict firearm laws that ban even toy weapons which resemble guns, is notorious for its countless school stabbings.

Practical gun control, not a ban, can curb mass killings. It just needs to be well enforced, and it needs to be effective.

The first priority is the improvement and closing of all loopholes in the regulation, and greatly bettering its enforcement.

For example, the Sutherland Springs, Texas church shooter who murdered 27 people was a convicted domestic abuser and was allegedly legally barred from purchasing guns. However, he was able to bypass this through the military’s failure to report the charges.

Furthermore, the Charleston church shooter should not have been allowed to purchase the pistol he used to carry out the attack due to a drug arrest, but a record-keeping error and background check delays ended up allowing him to.

Finally, the Aurora movie theater shooter had been receiving psychiatric treatment, but no existing laws view treatment alone as a reason to bar gun purchases.

New, common sense gun policies must be enacted. There should be systems in place for complete background checks for all purchases of firearms, including gun show transactions and private sales. There should be stricter regulation and enforcement to make sure gun owners store their arms properly.

They should be foolproof in preventing unauthorized people from having access to them, like the Newtown shooter Adam Lanza who took his mom’s firearms, and the Columbine shooters, who obtained firearms through a friend. One measure could include more severe punishments for those that poorly manage to secure their arms.

All of these measures can prevent gun deaths. Gun bans potentially can, too. But they take away guns from everyone.

You can try banning all guns. It might just slightly reduce gun deaths more than gun control can. But the practice is comparable to banning alcohol to prevent drunk driving deaths. You’ll punish all that enjoy the right to it, and in that pyrrhic victory, there still lies a caveat — people can always circumvent laws.