Portrait mode was introduced to the iPhone in 2016 and has improved a lot since then. Apple’s software creates a shallow depth of field, which is the blurriness people seem to like. It can capture a lot of details in the face but often has trouble with creating bokeh — the smooth blur — around the subject.

iPhone Portrait mode also adds a filter over one’s face, which cleans up impurities. But, this may make parts of the photo look unnatural.

“Portrait mode still needs a lot of work for it to be as believable as that of a DSLR or a mirrorless [camera] with a portrait lens because the bokeh is pretty unrealistic,” Pedersen said.

An example of Apple’s software not being able to add bokeh effectively is seen in the picture above; there is a spot between the fisherman’s hands and his sweatshirt where bokeh is missing. Contrarily, DSLR cameras have no problem with this effect, as it is not artificially made; it creates the soft blur simply with a small aperture.

“Often on the iPhone, the details provided in the photo isn’t enough to make it pop. When you need an image to pop, you’ll want that detail to work with. The texture of fabrics and skin, the detail in the eyes, and being able to see each eyelash are all so important in an image,” said Jeff Bartee, a professional photographer. 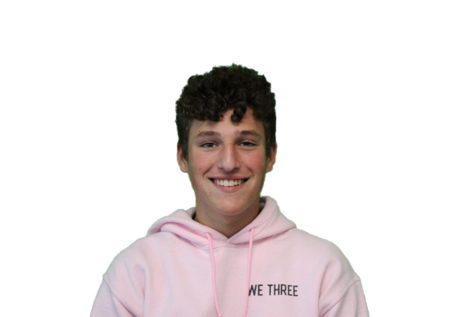 Josh Barde, Segment Producer
Josh Barde is a junior at Carlmont High School. He plays for his school's soccer team, so he knows quite a bit about sports and is passionate about them.