Protests in the past 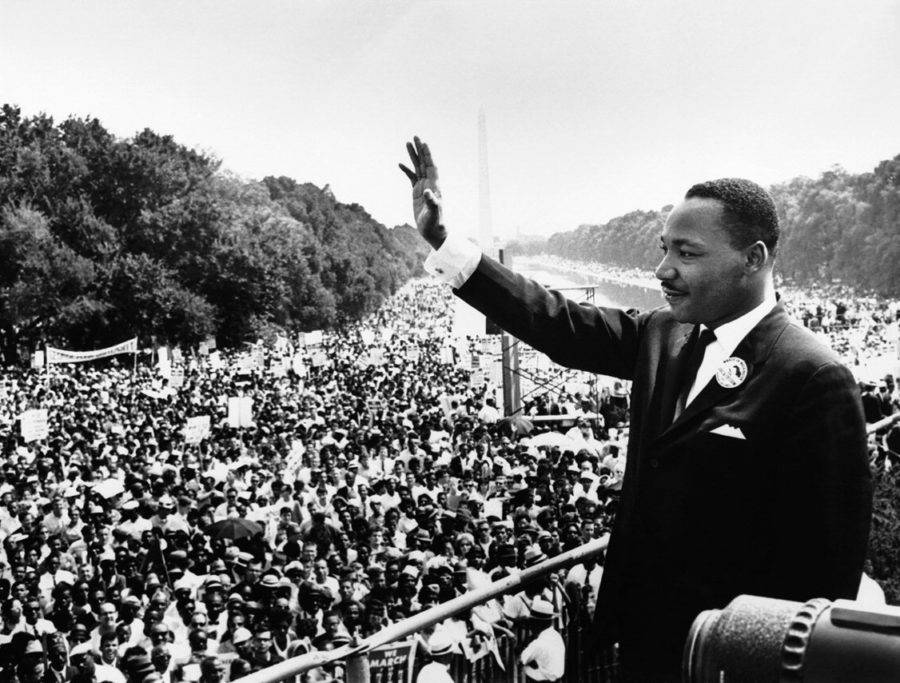 Martin Luther King Jr. addresses his followers during the March on Washington, which was a turning point for the civil rights movement.

On Aug. 28, 1963, Martin Luther King Jr. gave his famous “I Have a Dream” speech to an audience of over 250,000 people, according to Britannica. The March on Washington was one of the culminations of King’s struggle for civil rights for all races in America. It also became one of the most significant historical moments in a protest.

Throughout human history, especially in the 20th and 21st centuries, protests have been one of the driving forces for change. King paraphrased Theodore Parker’s quotation about humanity’s morals when he said, “The arc of the moral universe is long, but it bends toward justice.”

Looking back 100 years, one can see the progress made in the last century.

The women’s rights, civil rights, and LGBTQ+ movement as well as the fall of the Berlin Wall, Gandhi’s Salt March, and protests against the Vietnam War serve as prevalent proof of the power of protests, which largely dictated the outcomes of many of these movements. Ultimately, people fighting for what they believe has progressed society throughout time.

“It is a problem of institutions. Bureaucracies inevitably start favoring themselves over their missions. In theocracies and dictatorships of all kinds, change only comes through revolution. Even in democracies, fundamental change needs a revolution,” said Chris Hables Gray, a lecturer at the University of California at Santa Cruz.

Gray has taught since the 1970s, mainly in cultural studies of science and technology, as well as ethics and the history of social movements. He has also protested for much of his life and has been arrested more than 10 times while demonstrating.

While no movement is guaranteed to fail or succeed, certain aspects help the likelihood that a movement will prove to be worthwhile.

“A single protest can succeed if the aims are focused and limited and the target is open to the kind of pressure supplied. Such focused protests work often. A movement can succeed if it has deep organizing, mass support, and realistic goals,” Gray said.

Gandhi’s Salt March was one of the protests that worked when given a specific goal. The Salt March aimed to protest the British monopoly and tax on salt in India and, as a result, the British repealed the law. This peaceful demonstration was evidently more effective than trying to fight British rule all at once.

While many tactics have stayed the same over time, social media has changed the way the majority of protests are organized and run. Social media is a new way to spread information, similar to the printing press’ impact on Europe in the Renaissance.

The ability to spread information more effectively, however, is a double-edged sword. Where one movement can spread its goal, opposition to the movements have the same power.