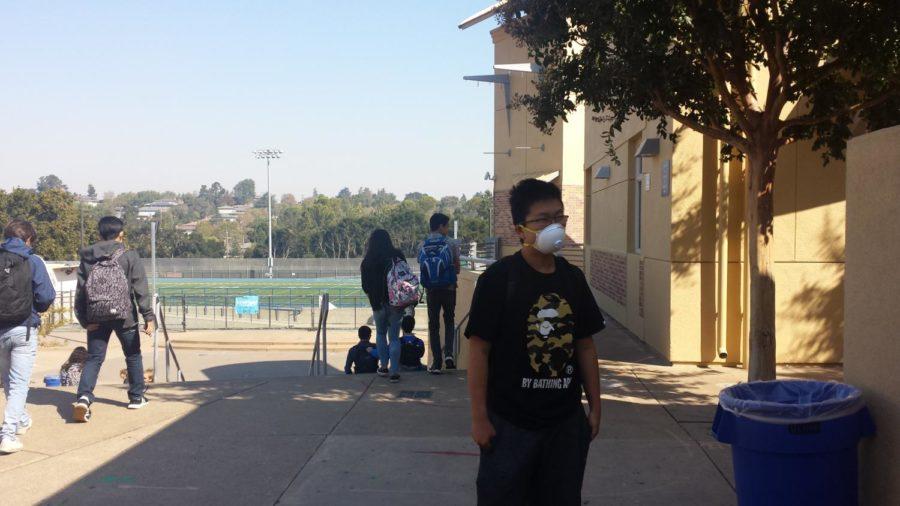 On Oct. 11, face masks were handed out to students who were worried about inhaling ash particles in the smoky air.

Roughly 70 miles of highway separates Carlmont and the raging fires in Napa. Yet only three days after the blaze started on Oct. 8, Carlmont students were already wheezing, blanketing their faces, and grabbing face masks.

The fire had thankfully not traveled all the way from the North Bay to Carlmont. What had arrived in its stead, however, was smoke. It quickly spread all around campus, making it hard to breathe for those with respiratory or asthmatic issues.

To help students persevere through the air conditions, Carlmont health aide, Sammy Gingher, distributed face masks to students who were afraid of inhaling ash or had breathing issues. The face masks would prevent students from inhaling small bits of ash that would mix with water vapor in the air.

“At this early stage, I don’t think that people need to wear masks, but if it helps people with asthmatic issues, then they should wear it,” said Gingher. “If conditions do get worse to where it causes acute effects on the respiratory system though, we should evacuate.”

As a result of the “unsafe” air conditions, a shelter-in-place was instituted for Carlmont, which asked that students limit their time spent outside and proceed to nearby indoor locations such as the Stogner Gym, the library, or a teacher’s classroom. Teachers were also asked by the administration to shut their doors and not use the ventilation systems, as the latter would contaminate the air.

Likewise, as the amount of smoke in the air increased through the day, all the schools in the district and local PALs canceled or relocated all outdoor matches and practices. One of these canceled events was the long-awaited senior night for varsity water polo.

“I was originally a bit sad that our senior night got canceled,” said Justin Eng, a senior on the boys water polo team.  “But I think we were all concerned with the ash in the air. There were pretty bad conditions to swim in, and we especially didn’t want to inhale anything toxic during our match right before senior night. It is most likely that the match will be rescheduled though when the air hopefully gets better in this area.”

To aid in recuperation efforts for the North Bay, Carlmont is holding its own donation drive for the victims of the fire. Started by Principal Ralph Crame, the drive asked for students and faculty to donate items such as underwear, shirts, pre-packaged food, and toiletries. Crame plans to transport all of the donations to the Red Cross in the Napa area.

“When we first found out [about the fire], I thought that since it was so close to home and we have friends in the area that we should try to help out,” said Crame. “So, I looked into it and signed up to be a Red Cross member and work at a site that needs help. [The donation drive] has now grown into something bigger, we can definitely try to help any volunteers that are working [in the North Bay].”

Upon hearing the news of the fire earlier in the week, many students were surprised to hear of an incident that was in such close proximity. Because a large amount of Carlmont students have friends and family in the area that was evacuated, many were quick to join relief organizations, volunteer their services, or give monetary donations.

One casualty of the fires was Camp Newman, a Jewish camp in Santa Rosa that several Carlmont students attended during the summer.

“I was shocked that our beautiful 70-year-old campus was destroyed by the wildfires,” said Ella Raffin, a junior who attended Camp Newman. “I was really happy to see that no one got hurt because everyone was evacuated in time. [The destruction of the camp] is really upsetting, and I hope that everyone is safe. Right now, we’re all trying to send support.”

As for an estimate of the total destruction caused by the wildfires, it was approximated that 3500 homes and businesses in the North Bay were burned down, according to USA Today. Additionally, the fires also caused the deaths of 21 people with a missing persons count of 285. However, these numbers are ever increasing since containment and rescue efforts are still ongoing.

“Unfortunately, I don’t think that [the victims of the fire] can ever get back to what their life was like beforehand,” said Crame. “We can only try to get them as close as possible to what their old lives once were.”

Grateful to the firefighters & first responders working around the clock to protect our communities pic.twitter.com/Iiq8wWcB9W 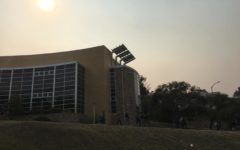 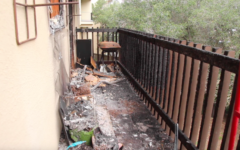 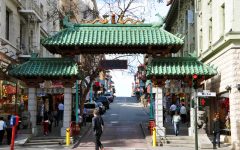