The threat of deportation 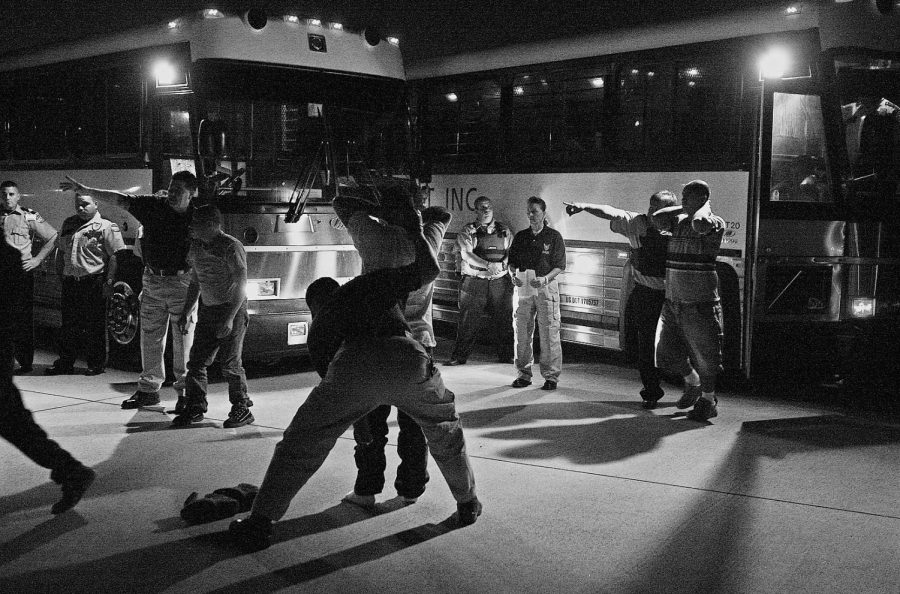 In the early morning, U.S. Immigration and Customs Enforcement (ICE) agents search Honduran nationals prior to boarding a flight for Tegucigalpa, Honduras.

In spite of difficult conditions, the U.S. government and affiliated agencies continue to deport Northern Triangle immigrants or deny their pleas for asylum. Knowingly deporting Salvadorans, Hondurans, and Guatemalans to their home countries, where many of them face the threat of lethal violence, is a violation of the U.S. government’s policy of protecting immigrants from a serious risk of harm. According to Human Rights Watch, there are 138 identifiable cases of Salvadorans killed since 2013 after deportation from the U.S. In many of these cases, Human Rights Watch was able to establish a strong link between the subject’s recent deportation from the U.S. and their ensuing death. Hing summed up the U.S. government’s policy of deporting Northern Triangle immigrants back to their country of origin.

“[The United States] is deporting people to their death on a regular basis,” Hing said.

A 2018 study published in the Latin America Research Review found that Hondurans’ “views of the dangers of migration to the U.S., or the likelihood of deportation, do not seem to influence their emigration plans in any meaningful way.” Those immigrants seeking greater economic prosperity, safer living conditions, and distance from the cartel violence that plagues their communities will often leave behind all of their belongings and community ties in an effort to reach the U.S. Hing, who noted similar motivations for Northern Triangle residents immigrating to the U.S. as those outlined by the International Organization for Migration’s 2018 survey, described how immigrants are not put off by the recent policies implemented by the Trump administration.

Hing said, “The majority are not discouraged, they still are desperate. That’s why there are tens of thousands of migrants waiting on the Mexico side of the Mexico-U.S. border, waiting to be processed.”