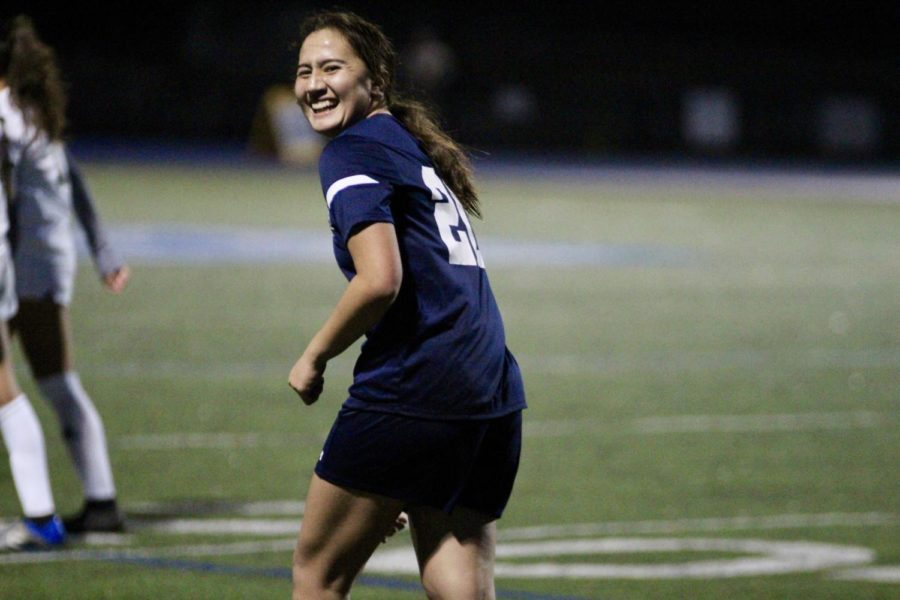 Madeleine Cunningham rejoices after she scores a goal.

Madeleine Cunningham plays on in spite of Type 1

At the age of 6, most children live without a care in the world.

Most first graders don’t worry about the responsibilities of living with a chronic disease; however, when 6-year-old Madeleine Cunningham walked into the doctor’s office after experiencing unusual symptoms, her parents received unexpected news.

Their daughter had Type 1 diabetes.

Without much prior knowledge of the disease, Cunningham and her family were forced to adapt to a whole new lifestyle.

“My parents were very worried and confused about what was happening, and none of us knew what the disease really entailed or what it was,” Cunningham said.

For a person with diabetes, there are many procedures in place to help them maintain a healthy glucose level and stay healthy overall. Cunningham uses a blood glucose monitor to manage her glucose levels, and an insulin pump to deliver insulin into her body accordingly; she takes 10 to 15 insulin corrections each day.

“When you have diabetes, you always have to be making sure that your blood sugars in check, and before every meal, you have to give yourself some insulin,” Cunningham said.

Cunningham started her athletic career competing on a gymnastics team. Her dedication to the sport allowed her to overcome mental blocks that stemmed from the disease.

“Gymnastics helped me mentally because you couldn’t be that nervous when going on and performing,” Cunningham said.

However, she didn’t stop there. Cunningham continued to excel in basketball, softball, golf, volleyball, and especially in soccer.

“Soccer allowed me to play at a competitive level, but also have time to explore other interests I have,” Cunningham said.

Cunningham was one of the only two freshmen that made the Carlmont girls varsity soccer team during her freshman year, but she had to be more cautious than others while she played.

“Insulin is not like something you take in the morning, and then your good for the rest of the day,” Cunningham said.

While playing soccer, she wears an insulin pump and a continuous glucose monitor to keep track of her blood sugar levels. Over time, she has become used to its presence.

“I’ve had diabetes since I was little, so it has been ingrained in what I do; I don’t notice it and I don’t get annoyed anymore,” Cunningham said.

Although Cunningham isn’t bothered by the fact that she needs to manage her diabetes, she is “set off” by those that make assumptions about her and Type 1. 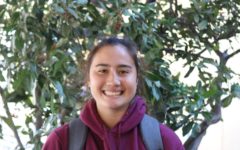 People with diabetes are more affected by the people’s reaction to them having the disease.”

Many people typically jump to the conclusion that diabetes is the result of a poor diet or not exercising, and that it is undoubtedly the person’s fault.

“People don’t know Type 1, they only know Type 2 diabetes, and they think it’s all your fault. They don’t know it’s really not our fault at all. It’s a chronic disease,” Cunningham said.

The misconceptions of the disease first started for Cunningham in elementary school when she faced ridicule from her classmates.

“When I was in elementary school, people thought that diabetes was contagious, and if I touched them, they would have it too,” Cunningham said.

Because of such misinformation, Cunningham was inspired to spread awareness of Type 1 by starting a club.

“As Type 1 diabetics, we need to stick together to be more understood and build a better community,” Cunningham said. 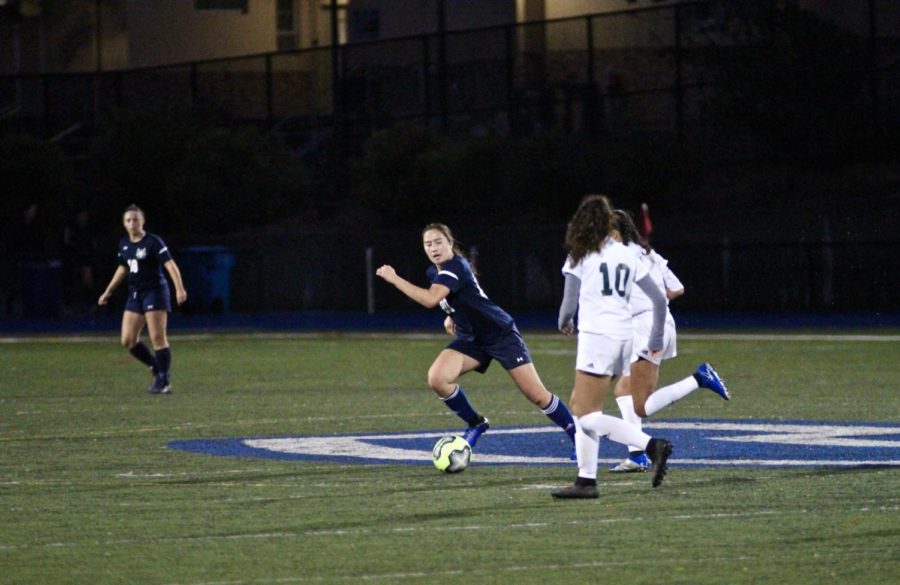 Gallery|3 Photos
Amber Chia
Cunningham dribbles the ball down the field as she looks for an open pass.