Does the school curriculum actually provide students with the skills necessary to find jobs that would support them? 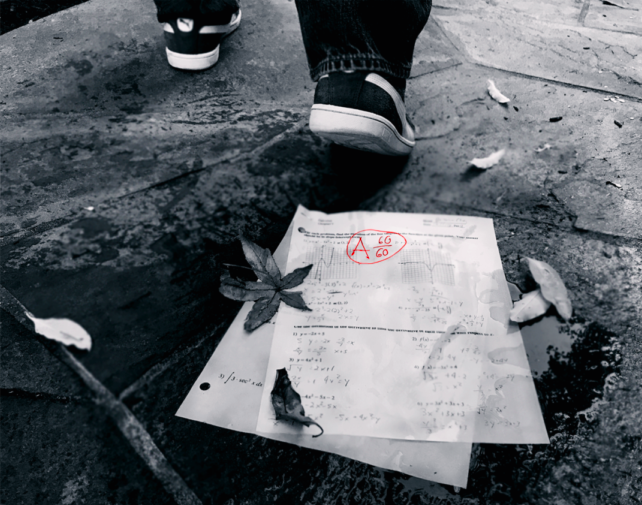 Many question the effectiveness of the school curriculum in preparing students to enter the workforce.

Students hunched over their desk, frantically scribbling away at their notes. At the head of the classroom, the teacher drones on about a concept they barely understand or will use again after the test. The clock ticks slowly but surely, counting down the seconds before the students can leave this prison, only to move on to the next one. Others stare vacantly at the teacher, their notes, the clock, but all never really hearing a word the teacher says. This is how the average American spends the first two decades of their lives.

And they have no choice, according to California’s Education Code Section 48320.

In the 1840s, Horace Mann, one of the first and most prominent education reformers in America, introduced the Prussian model of education to America, which is still used in public schools to this day.

Sal Khan, founder of Khan Academy, in a collaboration with Forbes magazine, compares the Prussian model to a factory.

Khan said, “Imagine an assembly line and there’s a kind of bucket along the assembly line. All the kids that are going to turn five in August are thrown in that bucket. The bucket will then move forward at a set pace.”

Khan describes similar “buckets” for those who are older, however, they are a couple of steps ahead of the “five-year-old bucket.”

“At any point along the assembly line, there is information being delivered. How much time the students have to absorb the information is fixed, and the variable is how well they get the information,” Khan said.

This method of education was useful for creating educated workers during the early 1900s, as it allowed everyone to be relatively well-educated at the same pace. The same education model is still used today, nearly 100 years later.

The use of the educational model from the Industrial Revolution to teach children who have information at their fingertips through the Internet is questionable.

At Carlmont, the curriculum is majorly determined by the district, taking into account teacher and department input. Subject Area Councils (SACs) meet once a month to discuss issues with the curriculum, such as changes in standards and textbooks. These councils include teachers from various high schools who work together to standardize the curriculum across the district.

According to Jennifer Cho, the instructional vice principal at Carlmont, the SACs are working on updating the curriculum to common core standards.

“In the past, English curriculum was centered around what students read,” Cho said. “Instead of making lessons based off of [the individual books], it’s now focused on the common core standards like analyzing a document. Teachers can bring in different types of readings to support that work. But the lessons aren’t necessarily structured around a work of art, it’s more structured around the standard.”

According to Patricia Braunstein, a history teacher at Carlmont, the push towards standardizing the curriculum across the district has been a trend throughout the 21st century since the No Child Left Behind Act was signed in 2001.

“I have been here 26 years and when I first got here, the curriculum was much more open to the teacher’s discretion; I don’t recall anyone telling me what to teach. We each shaped our curriculum on our own interpretation and what we felt important and logical,” Braunstein said. “The No Child Left Behind Act of 2001 started to change things. This law made states more accountable to Federal mandate that all kids get basic education and be up to grade level.”

Many states, including California, continue the work of the No Child Left Behind Act by pushing for stricter standards.

“There was a giant district push to analyze our scores and align our curriculum, throughout the district, schools, departments, and teachers,” Braunstein said. “There was much less free will about what to teach. Since then, it has continued. Each department has had to have detailed conversations about what we teach, so that each subject area, no matter which teacher, teaches a curriculum that is consistent with each other.”

Jeromey Klein, a freshman at UC San Diego, expanded on how testing and standardization has impacted the classroom.

Despite its positive implications, the emphasis on testing and increasing standards has stifled creativity in the classroom and has negatively impacted the effectiveness of educational instruction.”

According to Education Next, the stricter regulations surrounding the curriculum showed a 6 percent increase in math test scores among eighth graders in 2010. However, there was a 4 percent decline in the reading test scores. This finding suggests that these regulations may be strengthening the logical skills of students but fails to expand upon disciplines that require more subjective and critical thinking.

The current curriculum at Carlmont is holding some people back from reaching their full potential, both in test scores and in the classes they want to take.

Darren Yao, a sophomore at Carlmont, wanted to take AP Physics but was met with pushback by the administration.

“I already took Physics at Cañada College. But [Carlmont’s administration] said that AP physics would be repeating the college physics class I took, despite the fact that AP Physics uses a different type of math,” said Darren Yao, a sophomore.

Cassandra Areff, a sophomore, faced a similar problem with getting into AP Physics and Multivariable Calculus.

“I took a lot of math classes in middle school, and so there were also a lot of parents who also wanted their kids in [AP Calculus in freshman year]. It was kind of like a battle with the math department, but in the end, they were really helpful because they helped us to take a placement test and get into BC calculus,” Areff said.

She also agrees that the standardization of the curriculum is holding some people back from expanding their knowledge at their own pace.

“I feel like they should reassess some of the classes,” Areff said. “I feel like there shouldn’t be grade restrictions on classes because it doesn’t really matter what grade you’re in. Your understanding of a subject matters more.”

Yao shared a similar sentiment about the restrictions on the amount and difficulty of the classes he could take.

“I do think the school is holding me back because AP Physics is useful for what I plan on studying in the future,” Yao said.

Skills developed in class are more important than content

However, some say that standardizing curriculum is beneficial, as it establishes the foundations of every field. Although the classes may lack in creativity, the skills they are instilling in the students will help them in their daily lives once they begin their

“In our particular Carlmont demographic community, parents are (highly motivated) and have pushed for more AP classes and demanded all kids have the ‘same educational experiences,’ no matter what teacher. Therefore, teachers have to align the curriculum with each other so that kids and families don’t find it unfair that one kid gets this curriculum and some other kid gets a different one,” Braunstein said.

This idea is echoed in an article by the Borgen Project. They add that standardization is not only useful for children attending the specific school, but also transfer students. Without the structure and consistency, the class would be hard to follow and ultimately hurt the children who are trying to benefit from the education. The uniformity allows the student to quickly jump into the class and reap the true rewards of a well-rounded education.

Although hundreds of formulas are memorized, and thousands of problems are solved, the ultimate goal of a math class is not to memorize the specific equations.

“The biggest thing you get out of math, and it doesn’t really even matter what level you’re taking, is it’s essentially how to problem solve, right? And it’s how you attempt to solve this problem with the stuff you already know when you’re presented with a problem. And I think math is the subject best suited to (developing those skills),” said Michael Skrable, a math teacher.

Science teacher Michal Nozik has a similar philosophy when teaching her students.

Science sort of combines math skills and mathematical critical thinking with a scientific concept into something beyond just the math.”

“It’s a combination of math in a scientific concept. So it’s not just solving a problem, you can potentially solve a problem in, in science, just from the mathematical point of view, but you won’t necessarily have an understanding of what actually happened, like actually what are the particles doing? What does it look like? So science sort of combines math skills and mathematical critical thinking with a scientific concept into something beyond just the math,” Nozik said.

Traditionally, when people were educated, they drew upon humanity’s collective knowledge and learned to innovate and discover more to add to it. With the advent of personalized smartphones and Google where information is at people’s fingertips, the importance of specific facts is no longer the focus in the curriculum. The particular facts and activities, like many students argue, isn’t useful long-term. Instead, the curriculum is meant to help develop critical thinking, and helping students establish the skills they will need to stay relevant in the workforce of tomorrow.

“Even if you don’t use calculus, lots of people like the fact that when you know calculus, you have to have the mindset to go through a lot and be able to process it,” said Alyssa Higdon, a senior. “It’s not necessarily what you learn, per se, but how your brain develops to learn it all.” 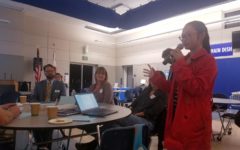 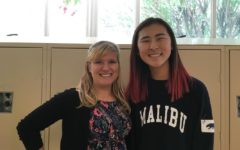 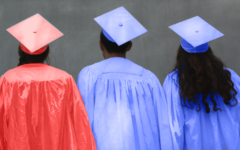 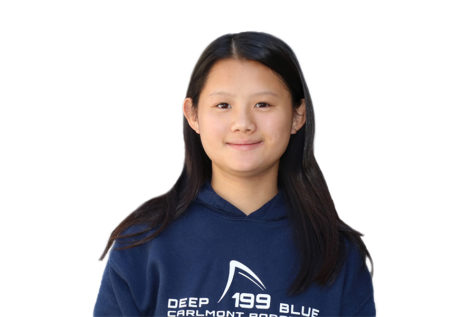 Brianna Cheng, Scot Scoop Editor
Brianna Cheng is a senior at Carlmont High School. She loves keeping up with current events and diving into political and social issues. She is involved in the community as Communications Officer for the Carlmont Robotics team. To check out her portfolio, click here. 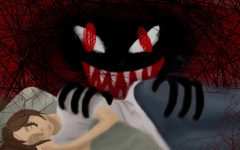 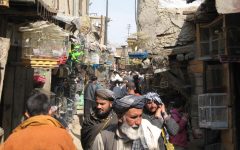 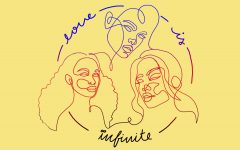 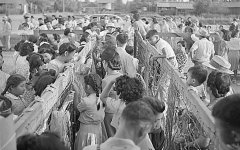 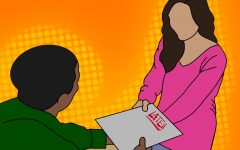 The impact of late assignments on teachers