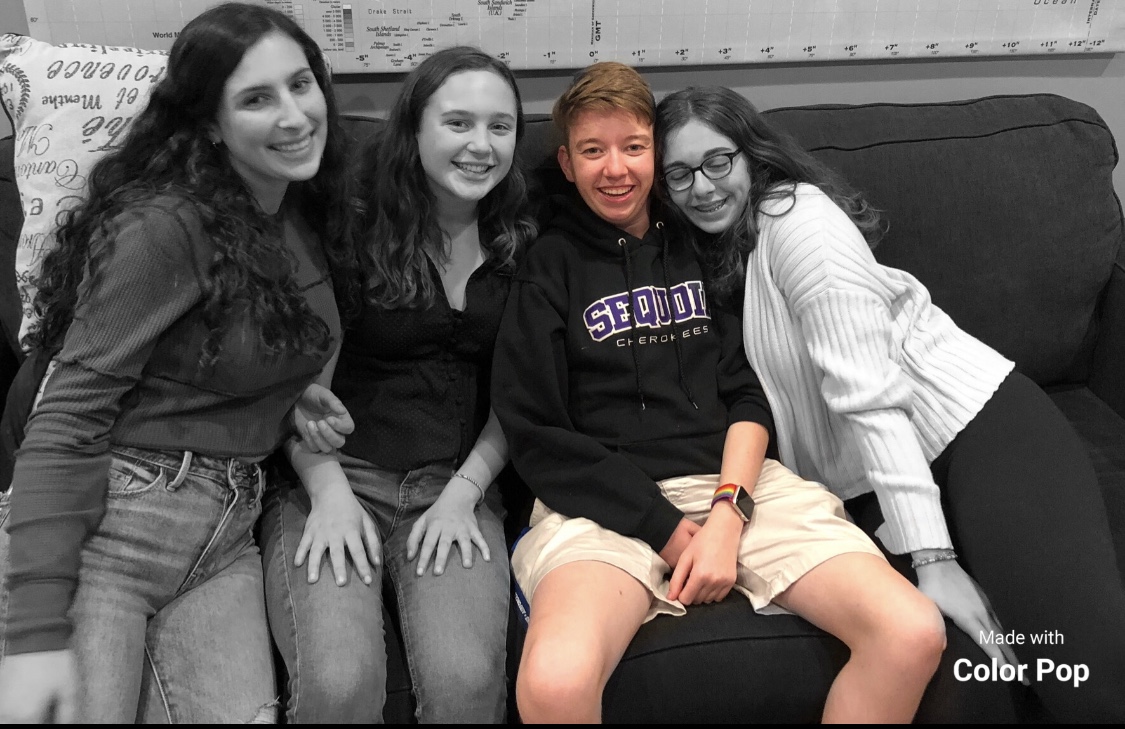 “Bea is an amazing girl who never gives up and is just a great person,” said Kyra Schechter, a friend of Bea Rienhoff. (Anna Wilkinson)

“Bea is an amazing girl who never gives up and is just a great person,” said Kyra Schechter, a friend of Bea Rienhoff.

Crying emerges from the newborn.

The baby's curled fingers and toes indicate to the doctors that she isn't as healthy as they had hoped, and panic consumes the room.

It would take years of tireless research to finally explain what was going on with Bea Rienhoff, and the diagnosis wasn’t like anything ever heard of before; it would be for her very own unique genetic condition.

Rienhoff has a mutation in one specific gene known as the TGFB-3. This gene is responsible for creating a protein known as the transforming growth factor, which is crucial to developing muscle throughout the body. Rienhoff's mutation inhibits her muscles from growing at a regular rate, primarily affecting the right side of her body.

Despite her diagnosis, Rienhoff's condition does not make her life much different than the average high schooler. When the stress of doctors and DNA tests gets to be too much, Rienhoff takes a breath by finding hobbies she enjoys.

She has participated in several theater productions over the past few years, including Sequoia High School's performance of “The Addams Family.”

"I met a really nice group of people that I got to work with for a few months, and then once we did the show, it really paid off," Rienhoff said.

Even though theater takes up a lot of her time, Rienhoff also finds time to pursue her interest in science and STEM-related careers. Her passion spurred from her experience with her genetic condition.

"Meeting all these doctors and seeing it all first hand really excites me," Rienhoff said.

In seventh grade, her interest in science began when she was able to work with DNA hands-on for the first time. She tested to see if her classmates were lactose intolerant with the help of her father, Hugh Rienhoff.

To get the resources for this lab, Bea Rienhoff used her father’s equipment. Hugh Rienhoff started his career as a scientist but became a clinical geneticist at Johns Hopkins University to try and save his daughter. His background has helped him to become an expert on his daughter’s condition, and he has written a scientific paper on its specifics.

"When she was born, her toes were curled, and the fingers on her right hand were slightly bent," Hugh Rienhoff said.

When she was just 10 days old, Bea Rienhoff's family took her to an orthopedic doctor after they recognized the urgency of her condition. Although the doctors didn’t perform any procedures, they did speculate, which built-up frustration within the family.

Without answers, it was hard to tell if her condition would be fatal or not.

"Bea had some vague features of Marfan Syndrome and some of Beals Syndrome. Then there was some notion that she didn't have either, but it was clear that there was something else going on," Hugh Rienhoff said.

When she was between four and six months old, her parents realized that she was not gaining weight because her muscles weren't developing.

Neurologists believed that it had something to do with her brain, but doctors who specialized in metabolism thought that her mitochondria weren't functioning correctly.

Doctors found many symptoms from all different conditions that may have affected Bea Rienhoff. The symptoms were not uncommon, but all of them together made her case special.

The last was the most prominent in Bea Rienhoff.

In the early years of his daughter’s life, Hugh Rienhoff went through the process of visiting countless doctors and specialists only to find that none had the answers he was looking for.

He received a suggestion from a fellow doctor to search a sequence of his daughter’s DNA and look for any variations in her genes. After sequencing a small portion, he found nothing, so he tried again with more DNA.

He searched through transcripts of multiple data strands, looking for one small mutation to help him find an answer to the ongoing mystery.

Finally, he discovered a mutation in the TGFB-3 gene.

He went back to his friends at Hopkins, who collected data from 43 other people across the world with a change in the TGFB-3 gene, hoping to find answers. However, none of the other 43 patients had the same unique nucleotide placement as his daughter.

Hugh and Bea Rienhoff have made multiple trips to Arizona and Maryland to visit doctors that Hugh Rienhoff has connections with to try and fully diagnose her condition; however, they have yet to find a reliable answer.

Being the only person alive with a condition like this can make thinking about the future stressful. People who have conditions similar to Bea Rienhoff only have a lifespan of about 27 years.

“I try not to be nervous for the future, and just try to live in the now instead,” Bea Rienhoff said.

With this mindset, Bea Rienhoff lives like an average teenager. However, she feels bad about asking her friends to slow down, as she has to work harder to keep up with them. Nonetheless, she pushes on.

Hugh Rienhoff has seen this persistence in his daughter and is inspired by how she never gives up.

"Bea has always been the kind of person who did not want any help," Hugh Rienhoff said.

He claims that whenever he would offer assistance, she would say, "No, I want to do it myself."

While searching for ways to test his daughter's DNA, Hugh Rienhoff and another doctor found a fascinating method: testing on mice. However, none of the trials involving mice have been successful thus far.

In the most recent experiment, mice containing Bea Rienhoff's mutated gene and a normal TGFB-3 were placed together. However, the results were inconclusive, as the "Bea mouse" ended up living longer than the other mice. Recently, the family sent more DNA with a low dose of TGFB-2 genes and her DNA mixed together to see what could balance out.

Hugh Rienhoff was tired of trying to find doctors to aid his daughter and wanted to help study her. This was not only tiring as a scientist but also draining as a father.

Someone that did strike up an interest in Bea Rienhoff's condition was former President Barack Obama. He developed an initiative for precision medicine and searched for people around the nation with rare or critical illnesses. Obama invited Bea Rienhoff, along with 15 others, to the White House.

"It was really cool meeting him," Bea Rienhoff said. "We got to speak with him for about 30 minutes and hear what he was interested in doing."

Each individual in the 16-person group had a unique story to contribute to the event. Hugh Rienhoff recalled the story of another girl who attended the meeting. By reprogramming her genes, she was able to become cancer-free, despite having almost died from lymphoma.

Bea Rienhoff's story didn't just catch Obama's eye, it also grabbed the attention of Allen Moore and Kori Feener who decided to produce a documentary about her. Set to be released in 2020, the documentary will follow the journey from Bea Rienhoff's childhood up until last year when they finished filming.

Bea Rienhoff's condition is an ongoing search to find answers as to what it entails for her future and for anyone else who could inherit it.

"I want people to see me for me and not my condition. I'm not any different from anyone else. Everyone has their own strengths and weaknesses," Bea Rienhoff said. 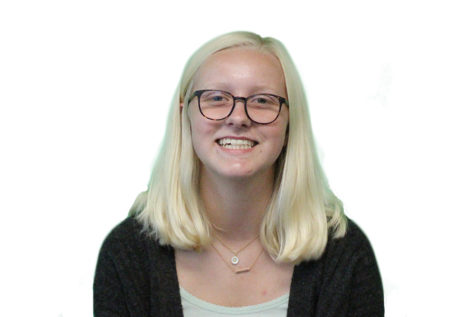 Katie Wheeler, Staff Writer
Katie Wheeler is a sophomore at Carlmont High School. This is her first year in Media Arts English. She loves to dance and is excited to start sharing her writing. 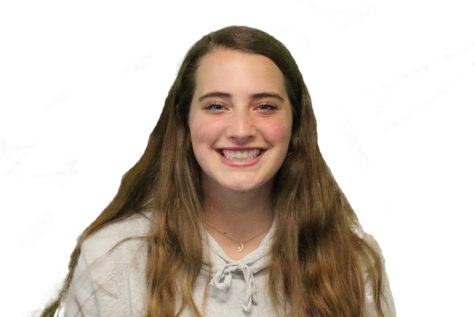 Anna Wilkinson, Staff Writer
Anna Wilkinson is a student at Carlmont High School. She is a junior who is interested in the many diverse clubs the school has to offer. This is her second year in journalism and she is on the school dance team, so she loves to perform. 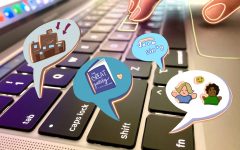 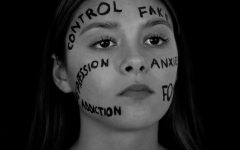 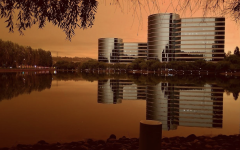 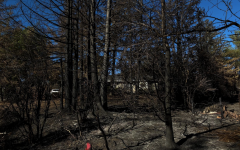 Students rise up in the fight against blood cancer 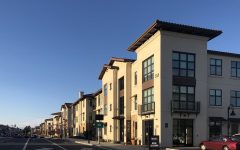 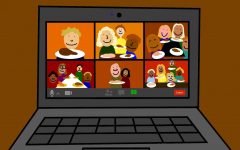 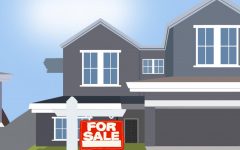