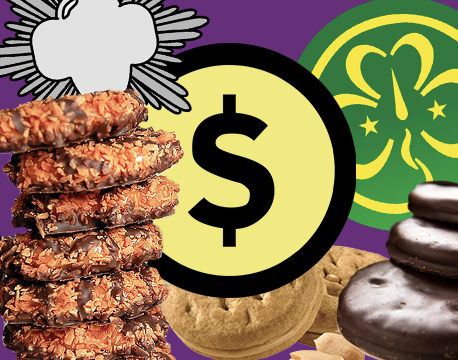 Many are familiar with the infamous Girl Scout cookies that are sold each year. (Clarisse Bell)

Many are familiar with the infamous Girl Scout cookies that are sold each year.

Girl Scout cookies are known all across America, but at what cost?

When compared to the price of a car or a college student’s financial debt, $5 is relatively small. But, to an 8-year-old girl with two bags of Thin Mints, Trefoils, and Samoas, $5 can go a long way.

All of the profits made go back into the organization. They fund trips, scholarships, future cookie sales, and more. However, to the average consumer, buying a box of cookies just means around 140 more delicious calories that they can shove into their mouths.

The taste of Tagalongs and the simple mention of Thin Mints brings back years of childhood memories to people all over America. It doesn’t matter how they were sold or how they were produced; most consumers just want to get their hands on a box of cookies.

And that’s where the problems begin.

According to data from the Girl Scout Research Institute, 53% of female entrepreneurs and business owners in 2015 were Girl Scout alumnae. Although that may not be linked to selling cookies, many Girl Scout executives are proud to attribute some of the success to the skills they learn in Girl Scouts.

In an article with the New York Times, Francis Hesselbein, the CEO of the Girl Scouts of the United States of America (GSUSA) from 1976 to 1990, said, “Selling cookies is usually a girl’s first exposure to the world of business. She learns how to meet the public, talk about a product, sell the product, and is responsible for collecting money, giving change, and delivering the product. That’s quite a business venture for a 7-year-old.”

In contrast, dozens of articles on the internet reveal that it may not be the Girl Scout who is selling the cookies. According to articles written by the New York Times, ABC News, and MNN News, some parents are selling Girl Scout cookies for their daughters instead of the Girl Scout selling them themselves.

GSUSA executives and Girl Scout leaders have actively spoken out against this on multiple occasions. The Girl Scout’s FAQ Page explicitly states that “although parents and Girl Scout adults may assist, girls make the sale.”

Parents are not supposed to sell cookies because, at the end of the day, GSUSA’s main goal is still to empower young girls and teach them about business, entrepreneurship, and how to think outside the box. However, even with reminders and encouragement for Girl Scouts to sell their own cookies, during cookie season, most of the pressure to sell still falls on parents, whether they want it to or not.

In an article by PopSugar, Melissa Willets, a mother of three Girl Scouts, writes about her frustration regarding the cookie sales.

“Suddenly, I’m also responsible for the forms, which look like payroll spreadsheets, and you have to go online and register your girl to sell cookies to out-of-town family and friends. There are custom-generated emails you can send,” Willets said. “You would think that would make selling Samoas easier, but I feel like it only adds to the pressure to sell, sell, sell.”

Even for Girl Scouts who sell their own cookies, parents are still a large part of the equation. Girl Scout’s new pin, the Cookie Entrepreneur Family pin, even encourages parents to get involved with their child’s cookie sales. This only pressures parents to become even more involved, and while some may be okay with it, parents like Willets struggle to keep up.

“It’s one thing for grandma and grandpa to buy a box or two, but that’s not enough anymore. When little Sally from the troop is selling 142 boxes, I’m suddenly looking through the contact list on my phone to see who we can put the heat on next,” Willets said.

This year, Girl Scouts have the opportunity to collect up to three badges depending on their level — there are 13 badges total amongst all the levels. These badges are awarded to scouts who are able to make successful business transactions, plan out what to do with the money, etc. They ultimately provide an incentive to work hard and sell cookies.

“As for earning badges or prizes for selling cookies, I think that these are valid things for Girl Scouts to strive for when selling cookies. Hard work results in recognition,” said Leila Farhi, a sophomore. “As long as earning a prize or a badge isn’t the sole reason they sell cookies, I believe it’s completely valid.”

Even if these badges encourage Girl Scouts to work hard, they have the potential to pressure scouts into selling more cookies and may increase competition within the troop. When one Girl Scout in the troop gets a badge, it’s hard for another scout not to want the same badge; the only way to get it is to sell more cookies.

However, using badges or prizes to incentivize young girls does not necessarily mean that Girl Scouts is an unethical organization – plenty of other companies and organizations use the same method. The Heart Foundation’s Jump Rope for Heart Program gives out certain prizes depending on the amount of money someone is able to fundraise or donate. For example, by raising $35, someone could get a jump rope or – even better – by raising $1,000, someone could get a water-resistant Bluetooth speaker.

Although there are cheaper ways of obtaining a Bluetooth speaker — like buying one for $29.99 off of Amazon — people still give money to the Heart Foundation because it’s for a good cause.

Similarly, many are willing to pay $5 for a box of cookies because it’s sold hand-in-hand with the idea that Girl Scouts are teaching young girls about business and working in the real world.

Nonetheless, Girl Scouts itself has turned into a business. When Girl Scout cookie season comes around, despite the badges and the tireless parents, thousands of Americans have their wallets ready and their mouths open.

The phrase “$5 a box” means something for every child who has grown up with Girl Scouts or as a Girl Scout. So while the core values of wanting to empower young girls are still there, the means of getting there has changed.

For better or for worse. 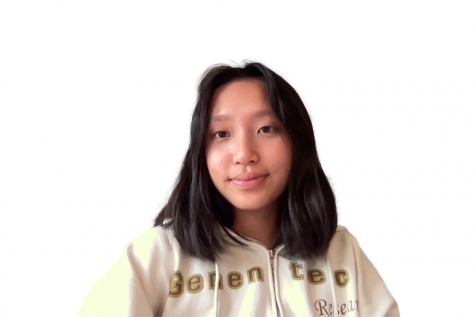 Kaylene Lin, Podcast Managing Editor
Kaylene Lin is currently a senior at Carlmont High School who uses she/her pronouns. After beginning as a Staff Writer in 2019, Kaylene grew to love journalism and stepped into the role of Editor the following year. Her favorite part about journalism is connecting with the sources she interviews, as she shares their stories with the world, learns more about the community around her, and reflects on their life experiences to shape her own worldview. This year, Kaylene is incredibly honored to lead the podcasting team as Podcast Managing Editor while managing All That's Lit to Print, a student-run literary magazine, as co-Editor-in-Chief. 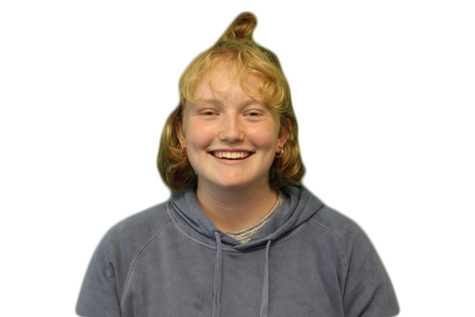 Clarisse Bell, Podcast Producer
Clarisse Bell is a sophomore at Carlmont High School. When not writing, she is pursuing theater as a full-time passion and job. She also participates in the Carlmont's choir program and loves writing for Carlmont. 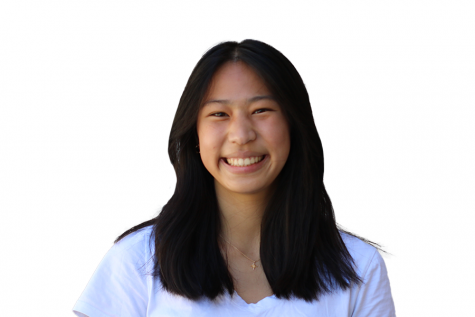 Erin Kee, Staff Writer
Erin Kee is a senior in high school. She's excited to be working in the world of publications as an editor for the Highlander magazine as well as a writer for Scot Scoop. To check out her portfolio, click here. 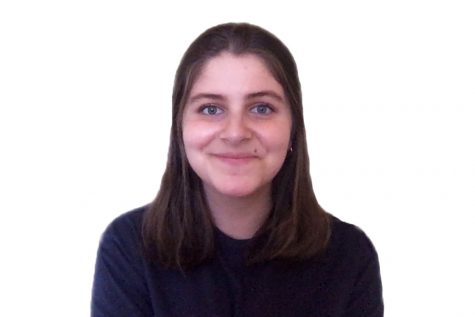 Ruya Yaman, Production Editor
Ruya Yaman is a junior at Carlmont High School who loves to tell stories and capture meaningful moments. As a part of the broadcast team, she aims to shine a light on important topics through video and podcast production. Aside from journalism, Ruya is a part of her school's Choir Council and the vice president of the Carlmont Technical Theatre Association. To check out her portfolio, click here.

Growing a culture of plant-based diets 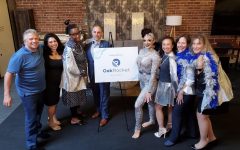 Building from the ground up: Entrepreneurial obstacles for minorities 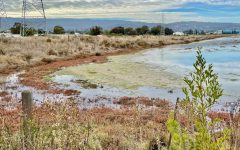 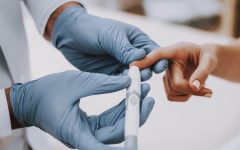 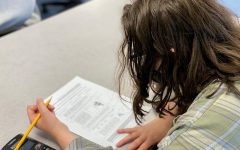 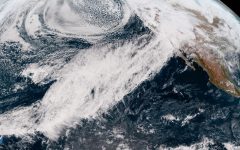 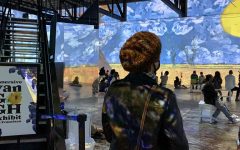 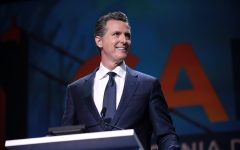 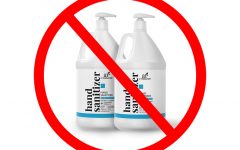