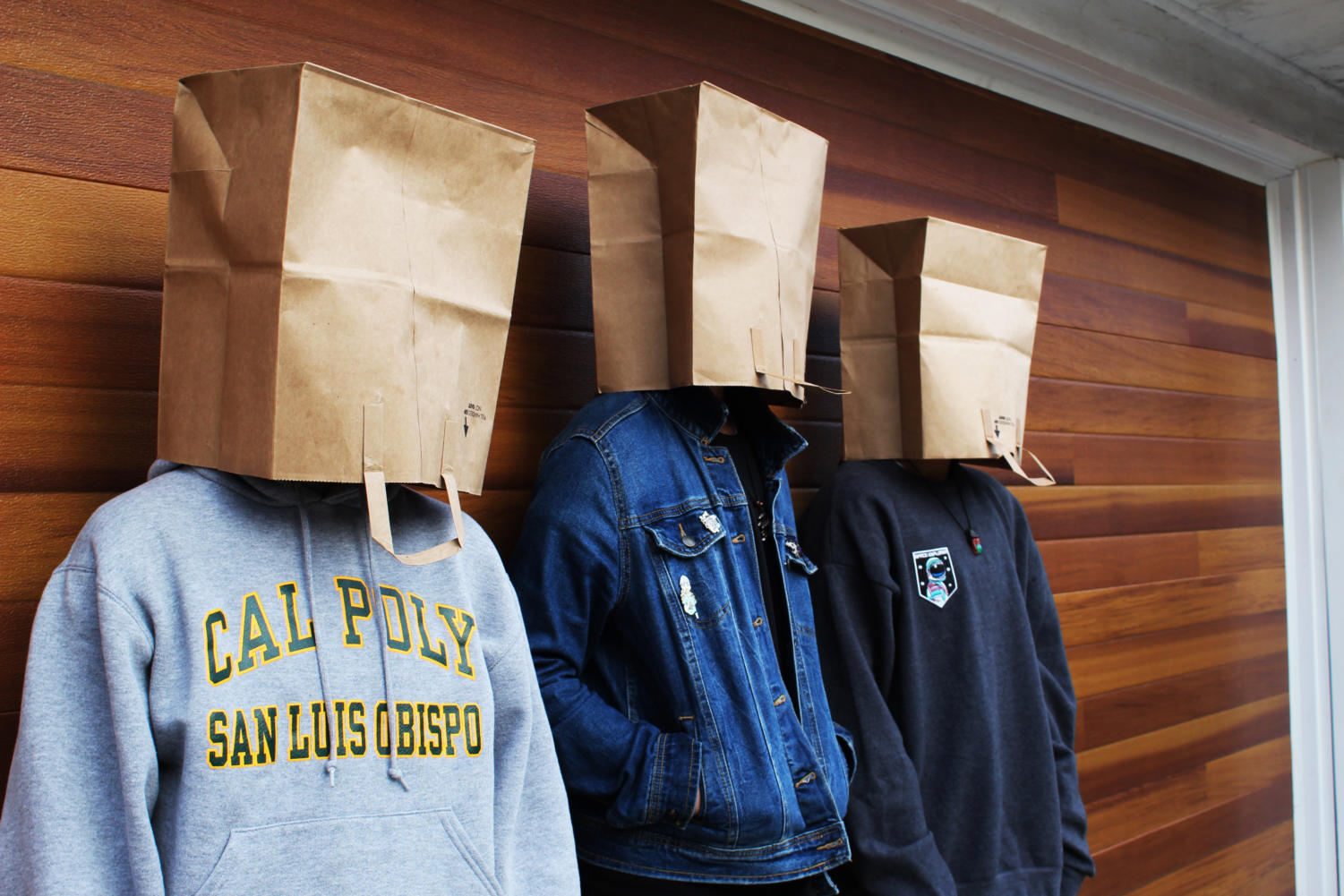 The clothes that people wear don’t always correlate with their gender. (Annika Barsy)

The clothes that people wear don’t always correlate with their gender.

Gender is more than meets the eye

Upon entering your last class of the day, you notice your teacher’s desk is empty. You think nothing of it and wait for the start of class. With the toll of the final bell, a substitute enters the building. You take your seat and observe the humorous spectacle that is roll call.

But for others in the room, this is the most terrifying part of their day.

There’s no time to attempt to defuse the situation as they begin reciting names. Your classmate’s thoughts are consumed by one question.

“How do I tell the teacher my name is Richard and not Monica?”

This situation is often overlooked by those who are not adversely affected by it.

Over the course of history, and especially within the last ten years, gender has evolved.

According to Teen Vogue, gender ideals have fluctuated over the centuries. Commonly gendered items, such as high heels and the colors of pink and blue, were originally connected to uses and ideas that were opposite from today.

Some believe that gender is the same as one’s sex. Sex is a label that regards the physical characteristics related to the reproductive organs of a person, whereas gender is the label in which someone identifies as and associates with their personal expression.

“Gender isn’t as black an white as people make it out to be. It’s fluid,” said Kilani Louis, the community outreach coordinator at the San Mateo Pride Center (SMPC).

The public has begun to explore gender more frequently and make efforts to redefine its purpose.

According to Sex Info Online, a site run by UCSB students who study topics regarding sexuality and identity, “The gender binary is a system that pairs together sex and gender.”

More and more people have openly admitted to struggling with exploring gender expression and the social stigma that comes with it.

According to an article by Planned Parenthood, gender norms are expressed through the physical appearance and mannerisms of people categorized in a “gender binary.”

Other ideas regarding societal gender norms can be found in a person’s perceptions of the topic.

“Expressions of anger are seen as unfeminine or unladylike, and if I want to be taken seriously I have to keep my cool,” said Cat Haueter, the lead mental health Clinician at SMPC.

Gender roles can also be seen as stereotypes that determine a person’s perceived ability or inability to act and feel a certain way.

“In our society, gender operates as a tool for people to use to separate people into categories and justify different kinds of domination,” said Gilbert Gammad, a youth program coordinator for SMPC who has a degree in gender studies.

The use of gender norms to categorize people can also be seen in the transgender community.

While gender norms are being questioned and broken by this community, it is not without hardships that these efforts are being made.

“I have to go out of my way to show my transness if I want to be identified as a trans person,” said Andres Loyola, a peer-support worker at SMPC and genderqueer individual. “I am expected to wear makeup or dresses that, as an adult with my wages, I have less access to purchase these things that I may want.”

This ideal is a double standard often expressed in the transgender community where one is held to the standards of being “trans enough.”

Another aspect commonly associated with the transgender community is gender dysphoria.

According to the American Psychiatric Association, “gender dysphoria involves a conflict between a person’s physical or assigned gender and the gender with which he/she/they identify.”

This situation also has a tendency to be seen as an unwritten “qualification” for being seen as “trans enough.”

“Being a trans male, there are so many rules of how I should and should not act. Because I desperately want to pass as a male, I have to be aware of how I act, speak, look, etc. I am exhausted just being in public because gender roles have forced me to prove that I am a man,” said a teenager who prefers have their identity withheld.

Being held to outside standards in order to be considered a part of the transgender community,  however, can be seen or approached in different ways.

“Often dysphoria is a part of the transgender narrative, and gender itself is wrapped up in body traits,” Gammad said. “I’d rather shift my focus to what I love about my body and change aspects of my body not out of hate or disgust for what I have, but to make changes that can help me love my body more.”

Another situation commonly associated with the trans community is the public tendency for people to show reluctance towards learning, using, and associating new names or pronouns to the individuals who embody them.

“We make a name switch all the time when someone gets married, yet when someone wants to transition or use different pronouns we suddenly can’t do that now? It doesn’t make any sense,” Louis said.

According to the Student Health and Counseling Center at UC Davis, “it’s important to respect pronouns (and gender, because) it validates a person’s identity.”

In some ways, the new knowledge accompanying gender concepts can add a positive spin to someone’s personality.

“I love the amount of creativity that my expression gives me and how I am able to put on different things in order to find out what feels and affirms the inside. This ability has been a crucial key for me to realize and imagine what freedom could look like,” Gammad said.

Through this questioning of gender norms, some also realize certain privileges assigned by their perceived gender that allow them to have an easier time challenging these norms.

“There is such a double standard that it is more acceptable for female-identified people to express their gender differently than someone who is born male,” Louis said.

According to Trans Equality, “nearly 3 out of 4 of lethal anti-LGBT hate crimes are committed against trans women and girls.”

This double standard is also seen through the experiences and observations of those who challenge the allotted gender norms.

“If I walk down the street in a glitzy outfit, I’d be more likely to get head turns because not everyone wears sequins on a Tuesday, rather than be called out like someone who was assigned male at birth usually would,” Haueter said.

Many wish to be recognized for their personality as a whole rather than the characterized pieces that are identified as “feminine” or “masculine.” Gender expression is an extension of personality and a format that one is recognized by the rest of the world.

“I identify as a guy and want to express myself however I feel. Whether that is a masculine expression or a feminine expression, I am still a guy,” said Men Chen Wong, an SMPC mental health trainee.

Regardless of one’s views on the gender ideals of society, a movement has already begun. This movement allows safety and courage in exploration, or support to those who need it. The difficulties that stem from changing minds often result in hardships; however, resilience and perseverance produce the results of a movement.

Lowellyn Sunga, administration specialist at the SMPC, talked about her experiences with finding a safe environment to discuss sexuality and gender norms.

She said, “It is going to be hard to have conversations with even family members, and that’s why I think it is very important for the youth to find connections with their friends and places where they can safely be who they are.”