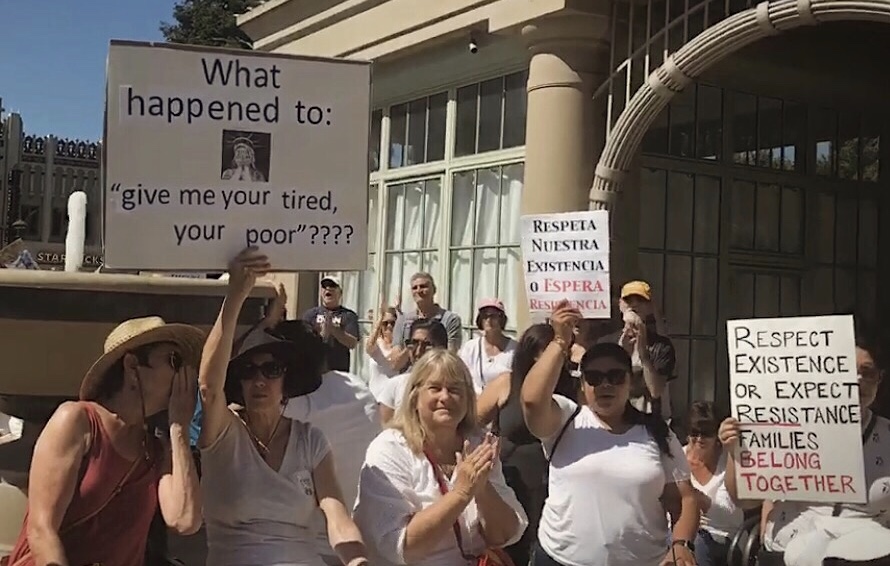 Crowds wearing white unite to protest the family separation of asylum seekers at the Redwood City Town Hall on June 30, 2018.

Pandemonium weaved through the crowds that, moments before, had been peacefully making their way to the border.

Children still in diapers struggled to keep up with the rush. Mothers gripped their children’s hands as they raced away from the onslaught of tear gas being pelted at them.

The tear gassing at the Tijuana border is one of many situations that affect asylum-seekers. Yet the initial outrage displayed by many Americans regarding this use of force gradually came to a halt. Over time, the media lost interest and the event fell from the public eye.

With thousands of thoughts preoccupying one’s mind each day, it may seem excusable to sweep some things under the rug, especially when the events unfolding do not directly impact the individual.

However, others cannot ignore the events that target the 7.9 million undocumented immigrants residing in the U.S.

Lilly Davis* is a U.S. citizen and the daughter of a previously undocumented immigrant. She continues to advocate on behalf of her family for immigrant rights.

“Everybody is scared to say anything [regarding the treatment of immigrants],” Davis said. “I represent the rest of my family because they don’t have a voice.”

Just like Davis, many of the U.S. citizens who take the opportunity to speak up regarding the treatment of migrants are a part of the 4.1 million children living with an unauthorized parent.

Over the course of the past few years, different perspectives regarding unauthorized immigration have spread and popularized. According to a study done by California State University, San Bernardino, following the presidential election of 2016, hate crimes against Hispanics and Latinos increased approximately 176 percent.

“This type of treatment is continuing because the people elected to Congress are letting it happen,” said college sophomore Garrett McCarthy. “No congressman cares about helping illegal immigrants because [the unauthorized immigrants] cannot re-elect them.”

When coming to the U.S. in search of safety, Hispanic and Latino immigrants are faced with the looming threat of deportation and family separation at the border.

Evan, a college student who declined to share his last name, said, “I do believe in securing the borders and deporting illegal immigrants, but not like this.”

Although family separation occurred during the Bush and Obama eras, neither administration placed a law allowing the prosecution of the parents. But this time around, mass family separations were legal.

Under the Trump administration, asylum-seeking immigrants were prosecuted. This resulted in the separation of parents and children on a larger scale. Detention centers were put in place to house migrant children, earning the name, “Tent Cities.”

The U.S. National Library of Medicine reports that, following separation, both children and parents are at risk of mental disorders such as PTSD.

“We try to protect our families by coming [to the U.S.], but it seems like there is no way to do that,” Davis said. “Over there, as long as the cops and government get paid, they don’t care to protect us. Over here, we run the risk of being deported.”

While immigrants and refugees are different, both face discrimination. The key difference between the two is that refugees are forced from their homes.

In the state of New York, CEO of Colchester Global Investors Mamak Shahbazi helps to improve the lives of Syrian refugees that have made their way to the U.S. She displays how one can aid others in need through various courses of action.

“I am personally involved with some of the families that come here as refugees,” Shahbazi said. “They need moral support, support in general, the ability to get a job and go to a school or university, things like that.”

However, not all people are as open-minded and accepting of individuals from different parts of the world. According to an FBI report from 2017, Muslims are on the receiving end of approximately 18.7 percent of religious hate crimes. Furthermore, the 2016 presidential election led to a 78 percent spike in anti-Muslim hate crimes.

Despite the increase in hate crimes against Hispanics, Latinos, and Muslims, the president still has a strong follower base and continues to be supported.

“People who still support him despite the ugly truth do it because it benefits their pocketbooks,” Shahbazi said.

Regardless of the circumstances, others continue to take action against growing adversities.

The Golden Rule, a lesson taught to the majority of children, states that one must treat others how they themselves want to be treated. This concept has continued to be implemented by those fighting for equality, especially at rallies such as “Families Belong Together” that took place in June 2018.

“Don’t give up because of what’s going on,” Shahbazi said. “Sometimes bad things happen. The good thing is that things aren’t permanent.”

*Source has decided to remain anonymous 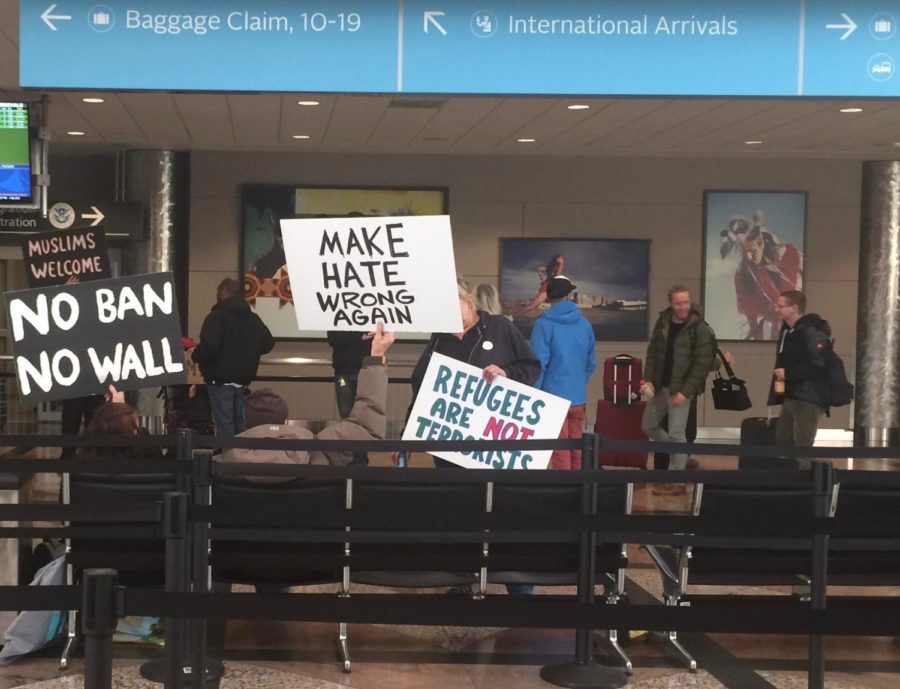 Gallery|2 Photos
Peaceful protestors gather in the Denver Airport to protest the "Muslim Ban" on March 6, 2017. 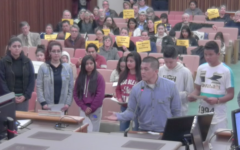 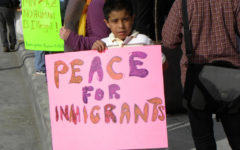 Americans protest Trump's immigration plans on 'A Day Without Immigrants' 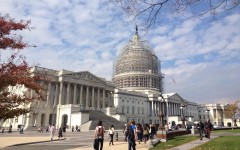 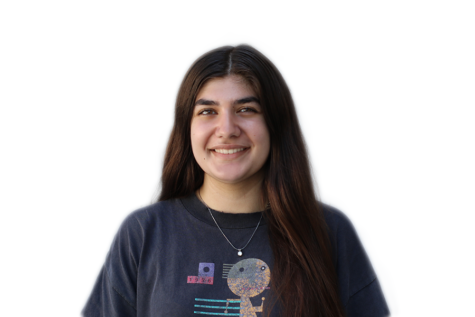 Auva Soheili, Staff Writer
Auva Soheili is a junior and a Highlander editor at Carlmont. She enjoys travel, specifically experiencing other cultures. Over the summer she began her nonprofit, Bold Apparel, which donates its profits to various causes. She has been an advocate for women's rights, gun control, and the fair treatment of migrants in movements like "March for Our Lives" and "Keep Families Together." In the future, she's interested in having a career involving social justice. 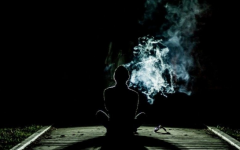 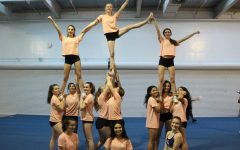 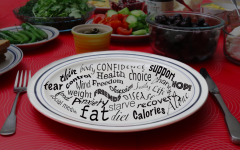 Eating on the edge 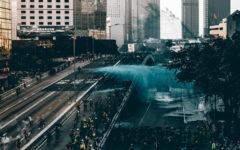 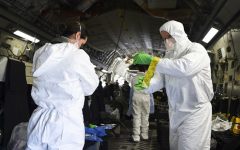