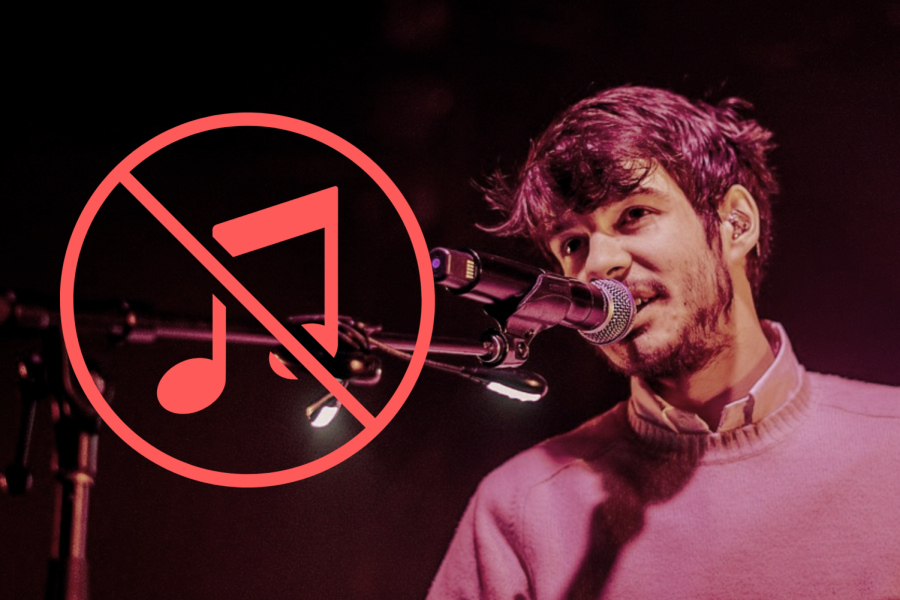 Rex Orange County has become controversial to listen to after sexual assault charges.

Too often, we discover songs we love just to find out that terrible people created them.

Most recently, news of sexual assault charges against indie artist Alex O’Connor, professionally known as Rex Orange County, reminded the world that an artist’s music doesn’t necessarily reflect what kind of person they are.

Fans loved O’Connor’s comforting and wholesome music style, and many felt utterly shocked and betrayed. Just a month ago, his songs were a pillar of light, but now, they evoke guilt and repulsion.

The unfortunate truth is that cases like O’Connor’s are innumerable. Many high-profile artists are lacking in some way: Kanye West, Lana Del Rey, Justin Bieber, and even classic favorites like Michael Jackson have been accused of varying degrees of problematic behavior and subsequently “canceled” by the public.

That didn’t stop them from topping the charts; despite the controversies, many continue to listen to their music.

“I still love Lana Del Rey. Sure, she made some [questionable] comments, dated a cop, and wore a blingy mask, but that doesn’t mean I’m going to stop listening to her songs,” said Mira Haldar, a junior at Monta Vista High School.

Haldar’s comment contributes to an ongoing debate on whether it’s acceptable to appreciate music created by someone society has deemed a terrible person.

Many call for the separation of art from the artist— essentially, to appreciate an artist’s work without the influence of their actions or personal character.

“I don’t think it should be judged solely based on what kind of person the artist is,” said Jasmine Randhawa, a junior at Carlmont. “It’s not like artists are saints. Their job is to make music. It’s not really their fault people choose to put them on a pedestal.”

Their job is to make music. It’s not really their fault people choose to put them on a pedestal.”

Others point out that listening to a bad person’s music is inherently supporting them. Artists become successful because they have a large audience. A problematic artist does not deserve success, profit, or a platform to influence others, and the mass boycotting of their music is the public’s way to ensure that.

However, people are not obligated to cut off every artist that doesn’t align with their own worldview or moral principles, nor must they pay attention to the personal lives of every artist they listen to.

Enjoying a song does not equate to supporting the actions of its creator. The fact is, most casual listeners don’t care what kind of person is making their favorite tracks. Such indifference towards the creator means an artist’s misconduct has no real influence on their audience as long as their music does not reflect it.

Additionally, there is a difference in physical support between listening to songs and actions like buying merch, attending a concert, or collecting albums. One individual makes nearly no impact on streaming revenue: Apple Music pays $0.01 per stream, Amazon Music pays $0.004, and Spotify as little as a meager $0.0033.

If even the three cents for ten streams causes a guilty conscience, other options could be searching for lyric videos or audios on social media platforms.

Ultimately, it’s a personal choice whether to continue listening to an artist despite knowing of their problematic actions. The question is whether the enjoyment outweighs the guilt, and for many, it does.

“It’s important to acknowledge their wrongdoings, but that doesn’t mean you’re obligated to stop listening to their songs entirely,” Randhawa said.

Society must also recognize the inconsistencies in what constitutes “problematic.” The Big List of Problematic Artists and Songs compiled by Revolutionary Exchange Production includes transgressions ranging from Niki Minaj spreading vaccine misinformation to capital crimes. There is clearly a line between canceling public figures over trivial matters and ensuring murderers or sex offenders receive proper punishment for their crimes.

At the end of the day, individuals have the right to judge each case for themselves. Societal pressure into giving up a good song just because the artist is no longer approved by the general public is unethical and unnecessary. 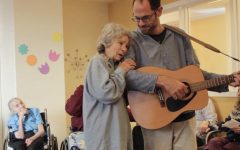 Music may be the best medicine 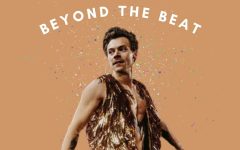 Beyond the Beat Ep. 4: Harry Styles' music is not the same 'As It Was' 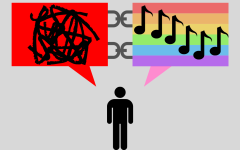 Editorial: Artists cannot be separated from their work

Kanye West and Kim Kardashian. Brad Pitt and Angelina Jolie. Celebrity relationships have always been under the spotlight. Few end well, serving as a reminder that the entertainment industry is rooted in superficiality. Although public figures shouldn’t be relationship role models, the publicization of their personal lives impacts today’s youth.

Maroon 5 frontman Adam Levine had been married to Behati Prinsloo, a Victoria’s Secret Angel, for eight years before news broke out about his cheating scandal. On Sept. 19, Instagram model Sumner Stroh uploaded a TikTok video claiming she had been in a year-long affair with Levine. Since Stroh’s original post, several more women have come forward with evidence of messages that Levine had allegedly sent them.

The news, though unexpected, wasn’t surprising to most. Internet users found the situation humorous, making memes out of the explicit messages Levine sent.

“I don’t know anything about Adam Levine, but the memes on Twitter are hilarious, and I saw a TikTok about how he [texts] like a 17-year-old boy,” said junior Yura Park.

Many also attacked Stroh, calling her a clout-chaser for not only participating in a relationship with a married man but posting it on social media for his wife to find out.

The hatred towards the 23-year-old model, though justified, reflects media toxicity. Stroh is undoubtedly at fault; however, her incentive to publicize Levine’s private life reveals the deeper issue of media over coverage and sensationalization of cheating. Levine addressed rumors through an Instagram Story about his decision to “cross the line.”

“My wife and my family [are] all I care about in this world. To be this naive and stupid enough to risk the only thing that truly matters to me was the greatest mistake I could ever make. I will never make it again. I take full responsibility. We will get through it, and we will get through it together,” Levine said.

Cheating is so common these days anyways. It’s not even that big of a deal anymore unless you’re getting cheated on.”

The situation speaks volumes about societal values surrounding relationships as the constant media coverage of cheating-related issues normalizes the issue for both men and women. Although most know it’s wrong, many choose to turn a blind eye.

“I mean, if you’re going to cheat, just don’t get caught,” Park said. “Cheating is so common these days anyways. It’s not even that big of a deal anymore unless you’re getting cheated on.”

Though it is difficult to measure properly, infidelity is more common than most think. According to a study by Health Testing Centers,  of the 441 people polled, about 46% percent admitted to cheating in a relationship.

Additionally, it’s important to remember that glimpses of relationships revealed in the news and social media are rarely authentic and shouldn’t be on a pedestal to the public.

Ned Fulmer from The Try Guys is a prime example of why people shouldn’t fully buy into public figures’ personas. He was known for being a “wife guy”— that is, of course, until he cheated on her.

When the news broke out, many were devastated. Ned Fulmer had always been known for absolutely adoring his wife, Ariel Fulmer, and many people looked up to the couple as an ideal marriage.

“I have no more faith in love,” said junior Alice Salgado de Almeida Leme. “His wife was his entire personality. He loved her so much. And then I find out that he cheated.”

Ned Fulmer faced much worse backlash than Levine. He was fired from The Try Guys, and many took to bashing him on his social media accounts. Yet despite the negativity, the Fulmer couple has chosen to stick it out.

“Nothing is more important to me and Ned than our family, and all we request right now is that you respect our privacy for the sake of our kids,” Ariel Fulmer wrote in an Instagram post on Sept. 27.

As public figures, though, the cost of infidelity is more than just a fractured marriage. Whether it’s right or not for media coverage regarding their private lives, the reality is that young and impressionable audiences are constantly exposed to cheating scandals.

Because it is so normalized in media, the youth becomes desensitized to the gravity of cheating in a relationship. Seeking attention from members of their preferred sexuality has become a way of gaining validation and security. For many, casually talking to multiple people at once doesn’t even count as cheating.

“I know a lot of girls that always brag about having a lot of options,” Park said. “Guys too. It’s sort of a thing to brag about, which doesn’t make sense to me. I would rather have one person that I’m actually in love with instead of five that I only talk to because I think they’re attractive.”

Ultimately, public figures like Levine and Fulmer reflect a general social trend of lowered standards and expectations for commitment. 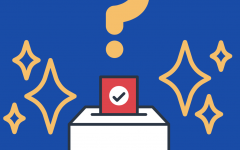 Opinion: Celebrities do not belong in politics 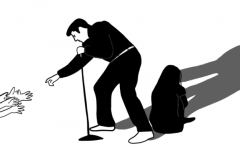 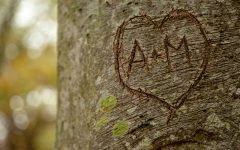