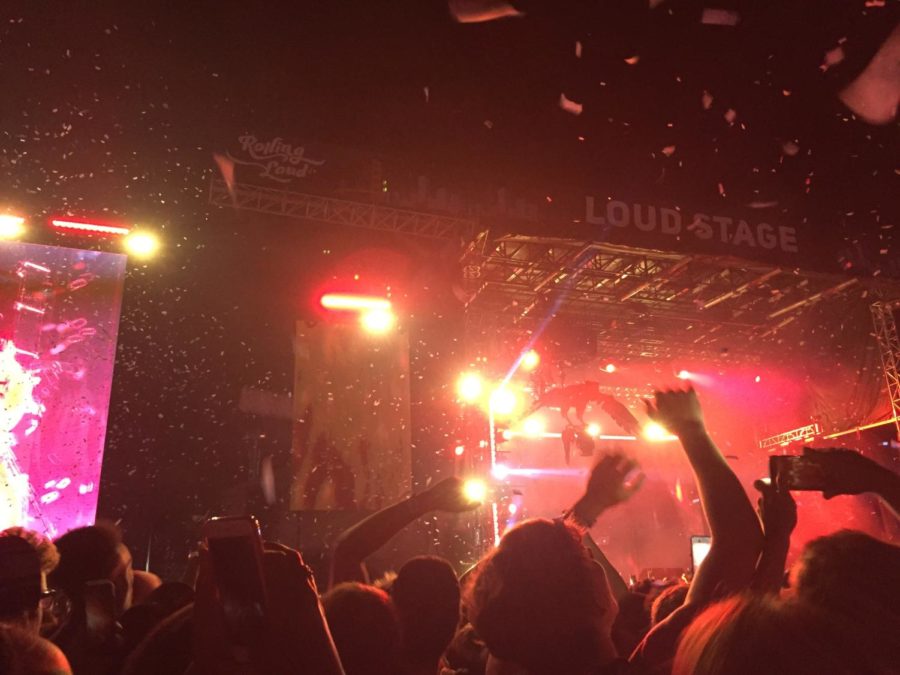 Fans sing along and dance to Travis Scott’s set, which included a mechanical bird.

Another music festival added to the Bay Area’s many. 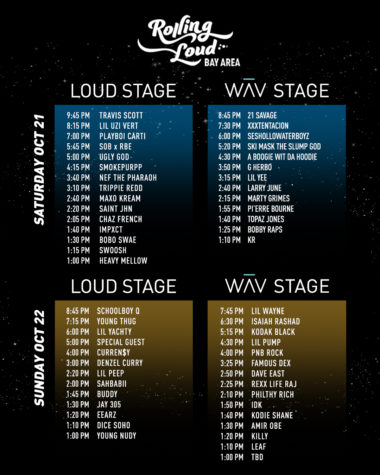 The lineup included popular rappers like Lil Wayne, SchoolBoy Q, and Lil Uzi Vert, who all had lighting and special effects to complement their performances.

“I thought the performances themselves were really cool because of the stage direction and design. It made the experience of listening to the music that much better,” said Eric Swanson, a senior.

For some concertgoers, the thought of seeing all their favorite acts in one setting was reason enough to buy a ticket.

“It was really convenient that I could see all my favorite acts at one concert. My knowledge of rap is limited, but I still felt like I could sing along because there were so many acts that I knew,” said Jade Sebti, a senior.

According to Rolling Loud co-founder Tariq Cherif, mixing all the acts together benefitted the festival’s vibe.

“It’s a beautiful blend when you have an act that has 3,000 fans, and their energy becomes contagious for the other 30,000 people at the festival,” he said in an Activate article.

While the festival has held capacity crowds in Miami for three years, the Bay Area was a new frontier for Rolling Loud.

“On the festival front, the Bay Area isn’t really catered to, and we saw a void there,” said Cherif. “We know hip-hop is alive and well in the Bay.”

Among the majority of Miami-based artists featured was 17-year-old Lil Pump whose song “Gucci Gang” reached No. 1 song on Billboard’s Emerging Artists chart in October.

“Lil Pump performed my favorite song, ‘Gucci Gang,’ and it was like my birthday. The crowd had great vibes, and I actually got pulled into a couple mosh pits,” said Swanson.

Mosh pits were only a few of the festival’s risks. The heat and full body contact in the crowds left many fans injured or sick.

“People had a really hard time staying hyped all day because it was hot and overwhelming, so a lot of people ended up laying on the ground. The mosh pits were dangerous, and a lot of people got hurt, but I still felt really safe,” said Sebti.

In the wake of Las Vegas’ concert shooting, security at Shoreline tightened up over the weekend with security personnel overlooking the crowd from hilltops and metal detectors at entrances.

“There were a lot of staff scattered around the venue, which made me feel more secure,” said Sebti.

While Rolling Loud is still an up-and-coming music festival, it seems to be expanding to a worldwide event. In December, the festival will take place in Los Angeles before continuing to the United Kingdom, China, and Japan in the next year. 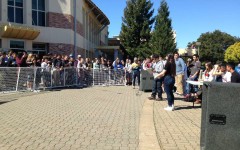 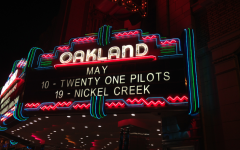 Twenty One Pilots blows fans away with their stellar concert