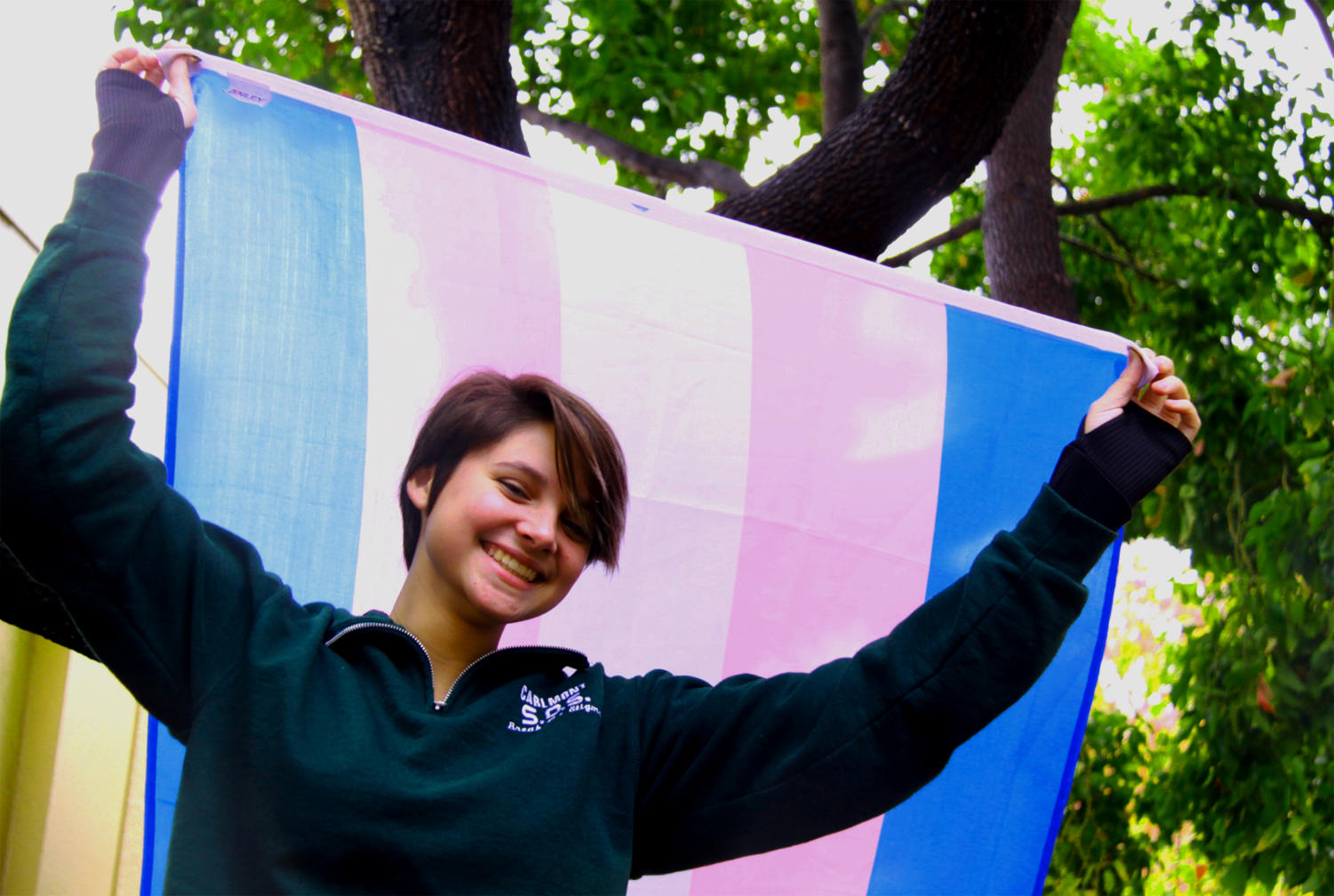 Transgender student Alex Nyholm-Goncalves, who identifies as gender non-conforming, holds up the trans flag with pride.

Violence Against The Trans Community

Thirty-five years old. That's the average life expectancy for a transgender woman of color in America.

Choked in her own apartment.

Stabbed, and then set on fire in her Los Angeles home.

With the exception of Flores-Paven and a couple others, their murderers have yet to be caught.

As the rest of the world has begun to become more accepting of LGB rights, trans people have been left behind. Despite everything that has changed since the Stonewall Riots in 1969, the transphobia demonstrated by the policemen that night remains the same today.

And now, perhaps more than ever, trans rights are under attack.

At London Pride in July 2018, a group of Trans Exclusionary Radical Feminist (TERF) lesbians headlined London Pride to protest against trans bathroom rights under the belief that they threatened cisgender* women's safety.

It was only until after that London Pride issued a statement to condemn the TERFs: “We reject what this group stands for. They do not share our values, which are about inclusion and respect and support for the most marginalized parts of our community.”

However, the TERFs remain firm in their belief that it is imperative to “take the T out” of LGBTQ, highlighting the transphobia that occurs from within the LGBTQ community.

A study conducted by Pew Research Center in 2013 on whether members of the LGBTQ community consider themselves to be accepted in the United States illustrates the disparity between gender and sexual minorities.

While 85 percent of lesbians said that there was social acceptance for the LGBTQ community, only 18 percent of trans people could say the same.

Four months have passed since the anti-trans protests in London, and the New York Times has leaked a memo sent by Donald Trump to the Department of Health and Human Services (HHS), which proposes the addition of a new, and more confining, legal definition of sex.

HHS characterizes gender as adhering strictly to either male or female and matching the sex assigned to one at birth — a definition that erases the intersex, non-binary, and transgender citizens of America.

The memo, which was drafted last spring, stated that “Sex means a person’s status as male or female based on immutable biological traits identifiable by or before birth.”

The proposal has since aroused much criticism.

Within days of the New York Times leak in late October, over 1,600 scientists addressed a letter to Trump, writing, “Though scientists are just beginning to understand the biological basis of gender identity, it is clear that many factors, known and unknown, mediate the complex links between identity, genes, and anatomy."

These actions come not long after Trump repealed protections made for transgender prisoners in early May.

First put in place during the Obama Administration, the protections were considered necessary in response to studies such as those conducted by the National Center for Transgender Equality (NCTE), where as much as 16 percent of transgender prisoners reported being the victim of either physical or sexual assault in jail.

As the Executive Director of the NCTE, Mara Keisling described, “The extreme rates of physical and sexual violence faced by transgender people in our nation’s prisons are a stain on the entire criminal justice system.”

Though Trump’s discrimination against transgender people does not end with prison; against the advice of the Secretary of Homeland Security, he has attempted multiple times to ban trans citizens from entering the military.

“Transgender people already [knew] the Trump-Pence administration is dedicated to stripping away our rights. Their cruelty is only made more evident as they continually go after the most vulnerable among us,” Keisling said.

However, Trump’s views are generally disagreed with by the American populace.

According to studies from Pew Research Center, 39 percent of adults in the U.S. think that society has not gone far enough to support its transgender members. At the same time, 32 percent of the same demographic said that they have gone too far.

John Waters**, a transgender sophomore, said, “It would be great if we were just treated like regular people because that's what we are in the end, but certain groups refuse to believe that. That’s life I suppose.”

In February of 2018, the Department of Education announced that it will no longer address complaints about discrimination against transgender students, stating that Title IX compels them to act only in sex and not gender discrimination.

Here at Carlmont, the system has been strengthened to foster a safe environment for its transgender students.

Sophomore Alex Nyholm-Goncalves, who identifies as gender-nonconforming, said, “Carlmont has already started having name changes in the system. I filled out paperwork and now my email, transcript, and attendance all say Alex.”

Transgender junior Maya Thomas, who has not experienced deliberate transphobia from either teachers or students, attributed this to a guide sent to teachers about LGBTQ relations.

"I looked over it, and for the most part, it was good and inclusive. It had non-binary, which I feel gets shoved out of the way sometimes, and transsexual on it," Thomas said.

However, the gender-neutral bathrooms established in recent years at Carlmont generated a mixed response.

Waters said, “I think they are an extremely good idea, but the way they’ve been implemented at Carlmont renders them ineffective because people still tend to follow the rules from before they were labeled.”

Thomas, who used to be conflicted over going into either the men’s or women’s restroom, thought positively of them.

“The gender-neutral bathroom is by far the one I go to the most, but I kind of wish there were more of them around,” Thomas said.

Nyholm-Goncalves agreed that they were a good start, but also thought that there needed to be more of them around campus.

“I like the gender neutral bathrooms. The only bad thing is that they’re only in one place and some people use it for smoking. It’s stupid to meet somewhere where other people try to feel safe,” Nyholm-Goncalves said.

What Nyholm-Goncalves also wants is for peers to be more aware of each other's pronouns.

“If it’s constantly a mistake, it makes me feel a lot worse about coming out after what I went through,” Nyholm-Goncalves added.

Waters has also been subject to the same mistake.

“I somewhat understand because I haven’t started to physically transition, but they could still try harder to be a bit more respectful,” Waters said.

“I’ve been on hormones since May 3rd. They’ve definitely made me a lot more comfortable and confident in myself, and I’m being more of who I am and liking that,” Thomas said.

However, experiences vary from person to person, and some have been unable to access hormones.

“Changing rooms, BMI [Body Mass Index], wearing a binder, and boy and girl separation on field trips are some of the things that trans people have to go through in daily life,” Nyholm-Goncalves said.

Despite these struggles, Waters considered them worth it if it means sharing their identity.

“It’s nice to be recognized as who I am,” Waters said.

It was the last day that the systematic abuse of LGBTQ individuals under the law would be concealed from the public eye.

It was the last day when the police could raid the shelters that had provided a home for the LGBTQ living on the streets without facing repercussions.

It was the last day that the laws which had prevented the LGBTQ community from their First Amendment right to expression would go unchallenged.

On this day, 50 years ago, members of the LGBTQ community in New York who called the bar of the Stonewall Inn their home rallied against the policemen who came to shut it down.

The officers had violently beaten patrons of the bar, dragging members of the inn into bathrooms to verify their biological sex.

As many as 13 were arrested for violating the state law that dictated that one must wear at least three gender-appropriate articles of clothing.

One woman, who was battered by the police, struck over the head, and forced into a paddy wagon, pleaded with the residents still lingering outside of the inn to act - and so they did.

Protestors dropped bags on the windshields of police cars, shattering them to pieces.

They threw rocks, stones, and pennies in an act of defiance that had never yet been seen before from the community.

Trapped inside of the inn, the officers barricaded themselves as the growing mob threatened to burn the building to the ground.

Two of the most influential activists involved, trans women Marsha P. Johnson and Sylvia Rivera, would spearhead a movement that night that the latter would call “one of the greatest moments of my life.”

It was the single-handedly most pivotal moment for LGBTQ rights, one that would resonate for years to come.

Yet it was what came after that changed history.

Only six months after the events at Stonewall, activists such as Morris Kight and Jim Owles who had championed equality during the era would form associations such as the Gay Liberation Front (GLF) and the Gay Activists Alliance (GAA) to defend LGBTQ rights.

The first Pride event, which has since taken place every June to commemorate Stonewall, was held across the country in 1970.

In the same year, Rivera and Johnson founded the Street Transvestite Action Revolutionaries (STAR), an organization dedicated to the support of young and homeless transgender women of color, a demographic which, even today, has a lifespan of only 31 years.

In a decade where civil rights were fought for like they never had been before, Stonewall was a major turning point and the first step towards social equality for the LGBTQ community. 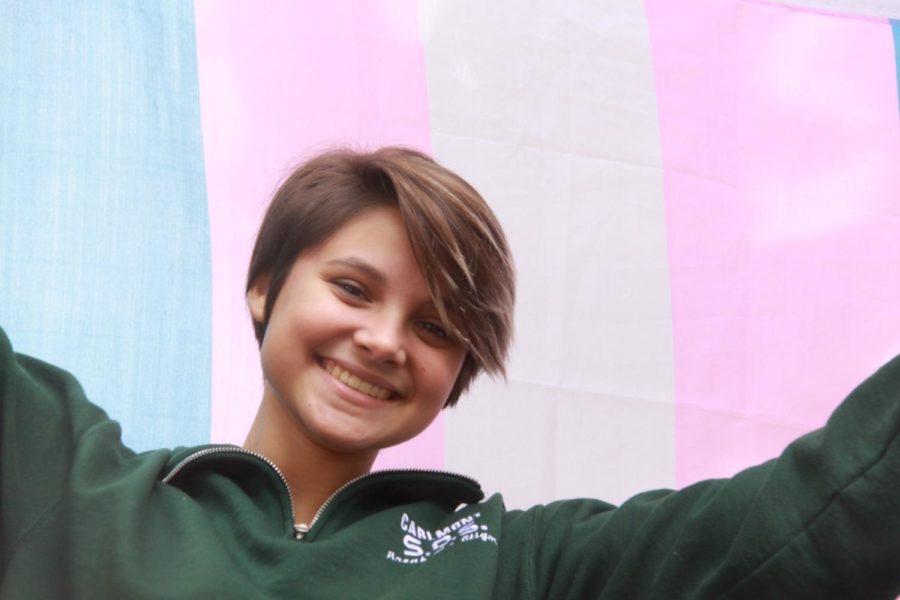 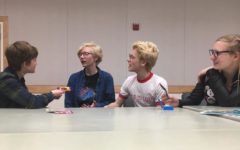 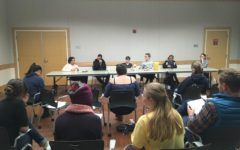 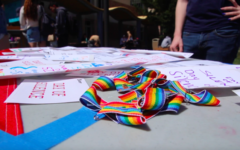 Students stay silent to show solidarity with the LGBTQ