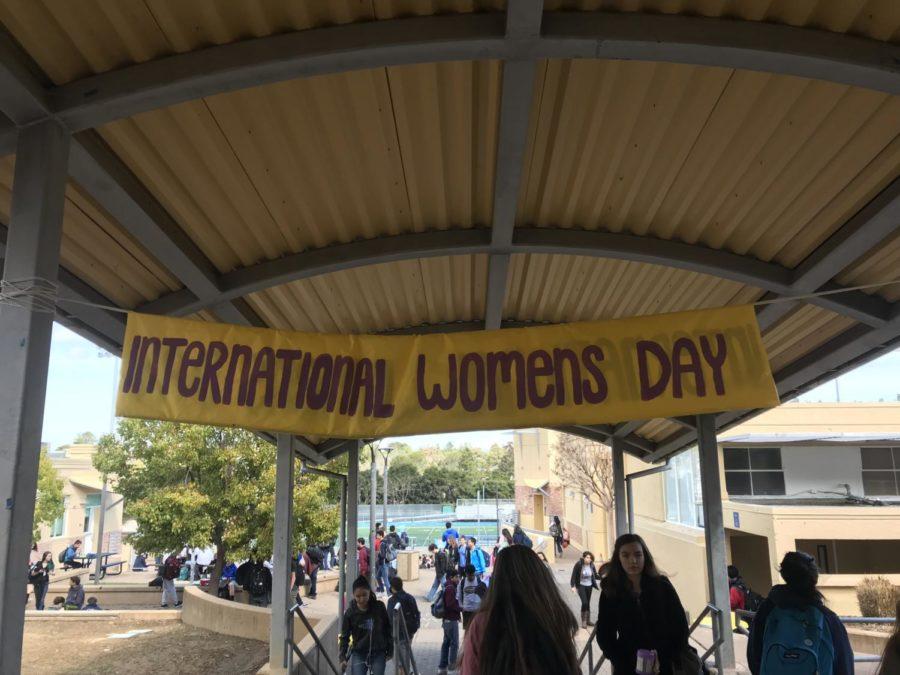 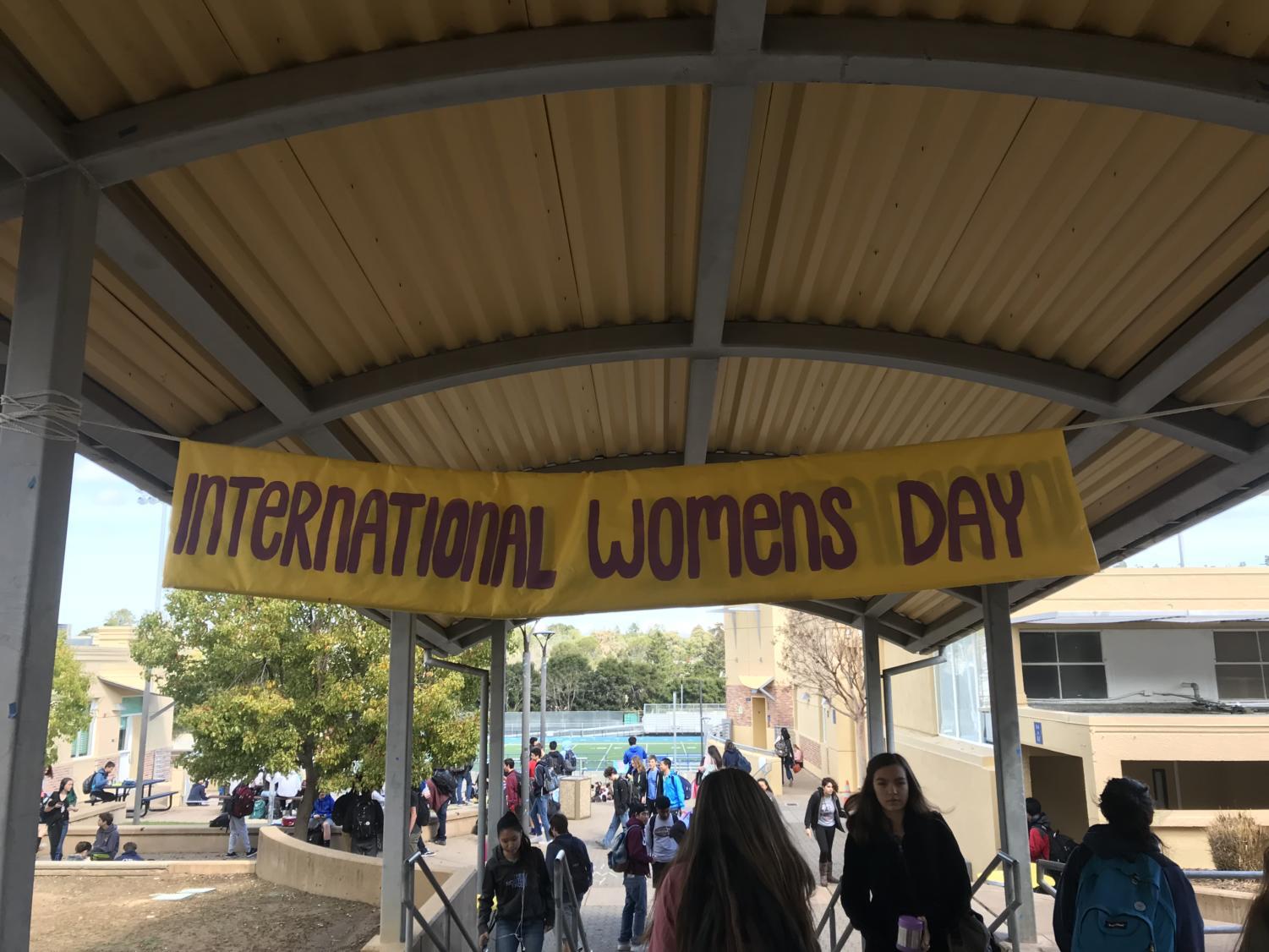 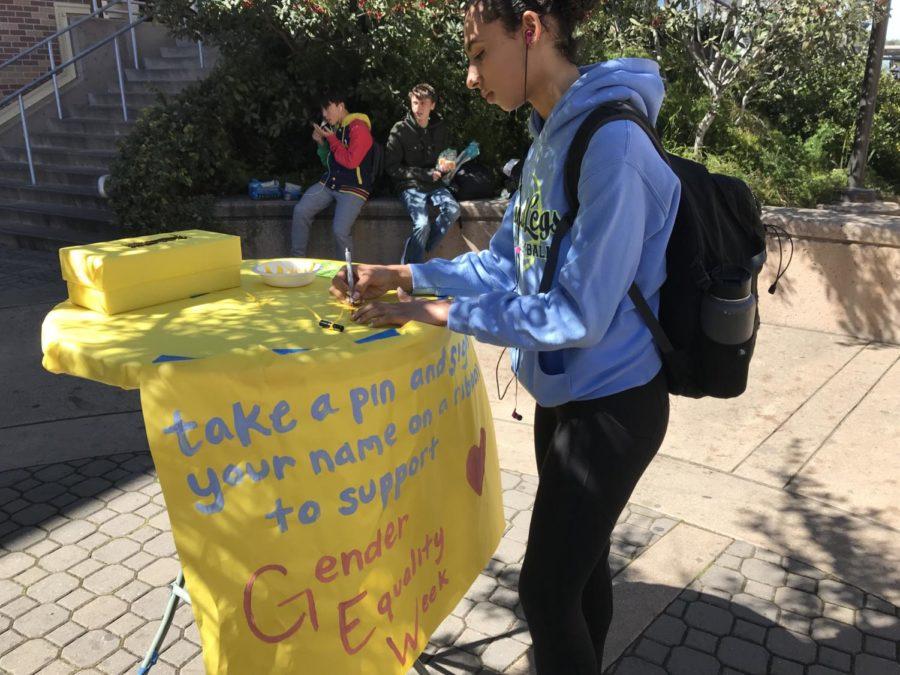 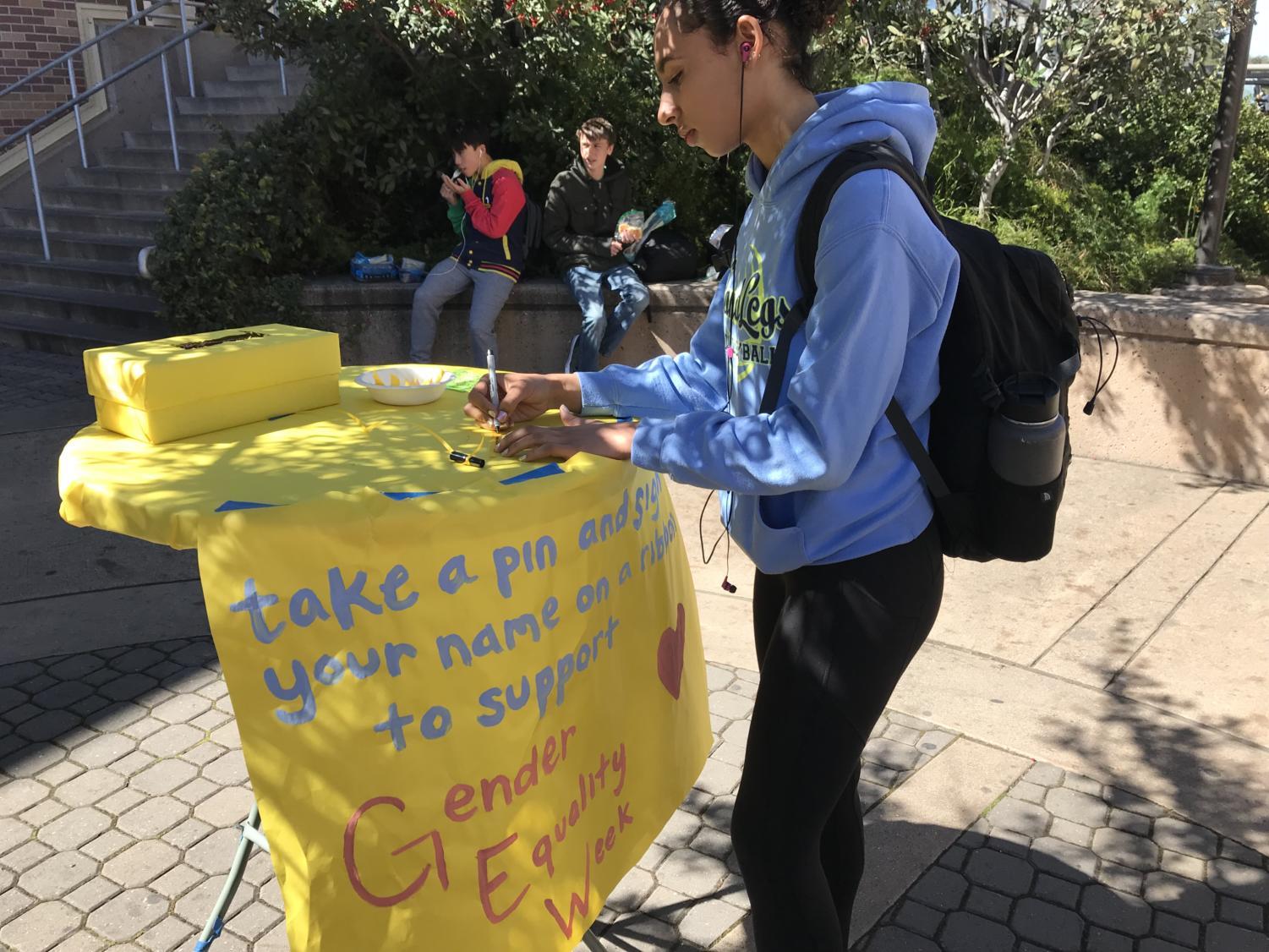 What is gender equality?

Many students asked this question before Gender Equality Week, which informed them about the true meaning of gender equality and how it extends far beyond equality between men and women.

The week of March 5 to March 9 was filled with various activities involving Carlmont students, in which they gained more insight into how they can overcome the gender stereotypes present throughout society.

“While gender equality is generally thought to affect only women, there are so many other genders that are also discriminated against. Involving everyone, no matter their orientation, to fight the issue together is the only solution,” Lucy Perrone, the ASB Human Relations commissioner, said.

The Human Relations Council in ASB was in charge of organizing the events throughout the week. They have been working on it, including gathering all of the needed materials, for a month and a half.

“The first three weeks were spent picking ideas and making plans, and in the last three weeks we ordered and tested supplies and made banners and posters,” Maddie Standlee, the ASB Human Relations supervisor, said.

March 5 was “Jobs have no gender” day, promoting overcoming gender roles in the workplace. There was a photo booth in the quad with face cutouts showing different jobs as well as pins with phrases such as “future doctor” and “future CEO.”

“There are so many jobs that have stereotypical gender roles that it’s important to educate people that they can choose whatever career they want regardless of gender or stigma,” Perrone said. 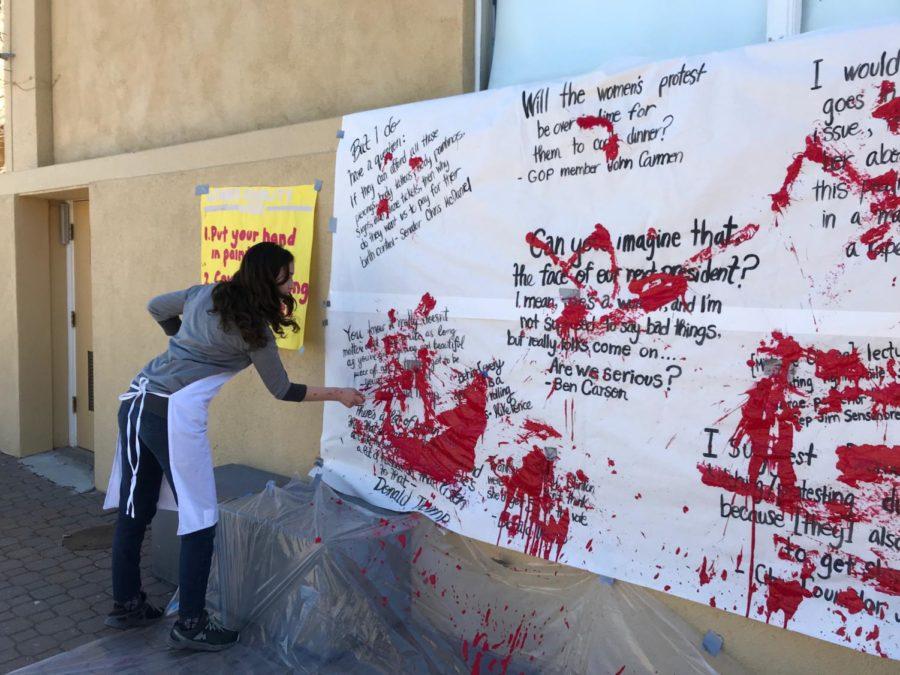 March 6 was called “Erase the negative” day, where students used mini mallets and water balloons filled with paint to cover a display of sexist qu0tes said by famous people. This gave students an interactive way of erasing negative stereotypes.

On March 7, ASB worked with Carlmont GSA, or Gender and Sexuality Alliance Club, to promote education about gender pronouns. Throughout the school, there were tables with yellow ribbons and Sharpies where students could write their names and preferred gender pronouns.

“We partnered with the GSA club to plan a day about respecting all gender pronouns and not discriminating against those who don’t identify,” Standlee said.

Since March 8 was International Women’s Day, the activities planned related closely to discrimination against women. The halls were filled with informational posters stating statistics about the inequality between genders. At lunch in the quad, cupcakes were sold for $1 and also included similar facts. ASB donated all of the profits made to various feminist clubs and the feminine product drive.

Concluding the week was “Pop it to stop it” day on March 9, with balloons throughout the school with common sexist sayings. Students popped the balloons, which represented stopping the use of the sayings. In addition, there was a pledge wall in the quad at lunch in support of gender equality.

Sophomore Morgan McClellan said, “This week is so important because there are so many people who don’t feel like they fit in. By learning about acceptance and overcoming gender stereotypes, hopefully we can create a more equal and unique community here at Carlmont.” 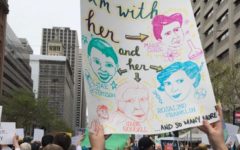 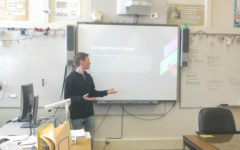 Gender Sexuality Alliance speaks up for Day of Silence 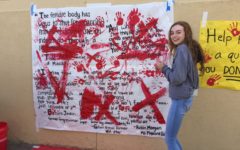 Gender equality is a goal that is being worked toward on a daily basis worldwide. Here at Carlmont, Gender Equality Week is a week where students can appreciate the rights they have and support others who might not have the same rights.

“It’s important to ensure that gender equality is recognized and celebrated as it is important to treat everyone fairly and equally,” freshman Mihai Tudor said.

The existence of a Gender Equality Week is important to many people in various ways because the entire school bands together and shows support for one another.

“Especially nowadays with our politicians and government, it’s important to be reminded that a large percentage of people around us feel that same way we do and that we’re all united in our goals,” Ayan Dixit, a sophomore and one of the organizers of the event, said.

Having a Gender Equality Week in the first place might seem fruitless, but for those who struggle finding acceptance for who they are, it could mean a lot.

“It speaks out to those who struggle with defining their gender the most. It helps create a more comfortable atmosphere for those who find themselves different and out of place,” sophomore Shiina Sugioka said.

International Women’s Day also happens to fall during the week. This brought another level of importance to it, as women across the world are generally considered unequal to men.

“It most likely speaks out to women and people on the [LGBTQ+] spectrum especially, as they are the ones who normally encounter difficulties based on gender,” Tudor said.

Gender Equality Week also spreads values throughout the school, such as the idea that equality should be a priority no matter where you are, what you do, or who you are.

“Everyone deserves equal treatment no matter their gender, so spreading this ideology can help inspire others to do so [for others],” Sugioka said.

Throughout the week, there have been several activities that one can participate in to show their support for gender equality. These include decorating cupcakes with all the profits going toward achieving gender equality, writing one’s name on a ribbon to show support, and many informational posters hung around. 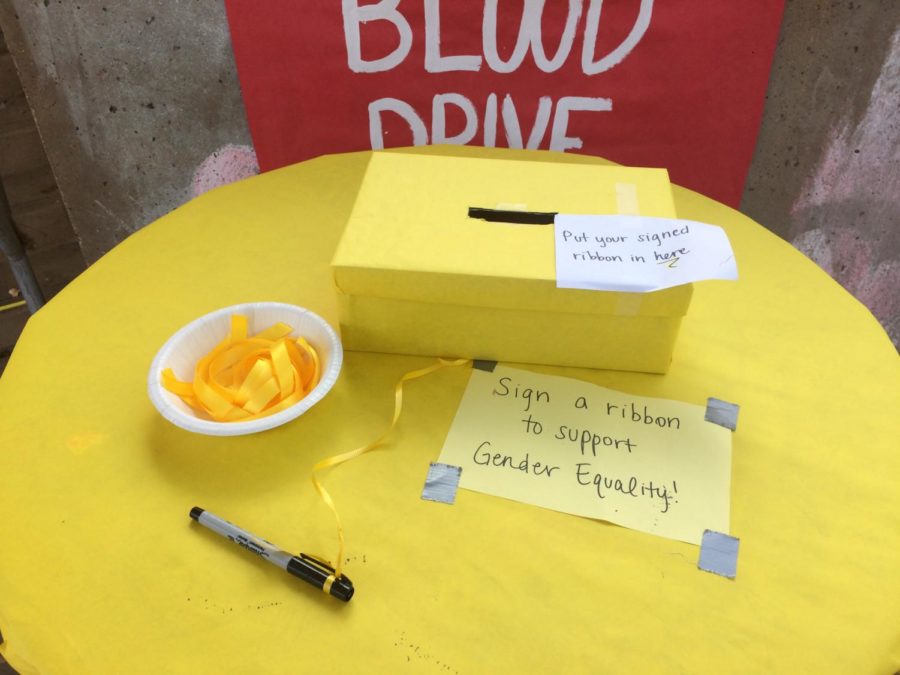 Gallery|3 Photos
Andrea Butler
One of the activities for Gender Equality Week was to write your name on a ribbon and put it in a box to show support.

“Because Gender Equality Week is one of the biggest projects for my section of ASB, we started working on it at the beginning of February so that we could create good activities,” Dixit said. “We started the actual creation of the activities last week; for example, I did the balloons.”

Students hope that the effects of this week will have a lasting impact throughout the school year.

Tudor said, “Gender Equality Week is important simply so people do not forget that everyone deserves to be treated fairly and that there is no reason to treat others badly based on their gender.” 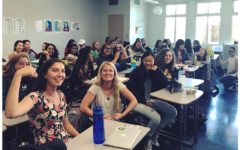 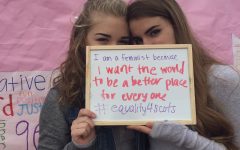 The road to a future of equality